The European Commission officially unveiled its Climate Law on Wednesday (4 March), aimed at making the EU carbon neutral by 2050. But Swedish climate activist Greta Thunberg criticised the plan as a “surrender”.

Under the proposed legislation, the EU will have to slash its greenhouse gas emissions significantly by mid-century and hit an increased 2030 target – yet to be determined – in what Commission President Ursula von der Leyen admitted is a short proposal.

Von der Leyen said in a statement that the 2050 deadline is “no longer an impossible distance to imagine. My children will hopefully be younger than I am now at that point”. She added that the Climate Law “will be our compass for the next 30 years”.

She said the legislation “offers predictability and transparency to industry and investors” and “first-mover advantage”, while also convincing other regions and countries of the world to follow the EU’s lead.

EU climate chief Frans Timmermans told reporters that “it is about showing that the EU means business. It will help us to stay the course amid the other emergencies that will come our ways in the next 30 years, to allow institutions to focus.”

The Dutchman added that it is “a clarion call” to other countries, like China and the United States, to do more on climate action, adding that it is “an open challenge to others to try and beat us”. 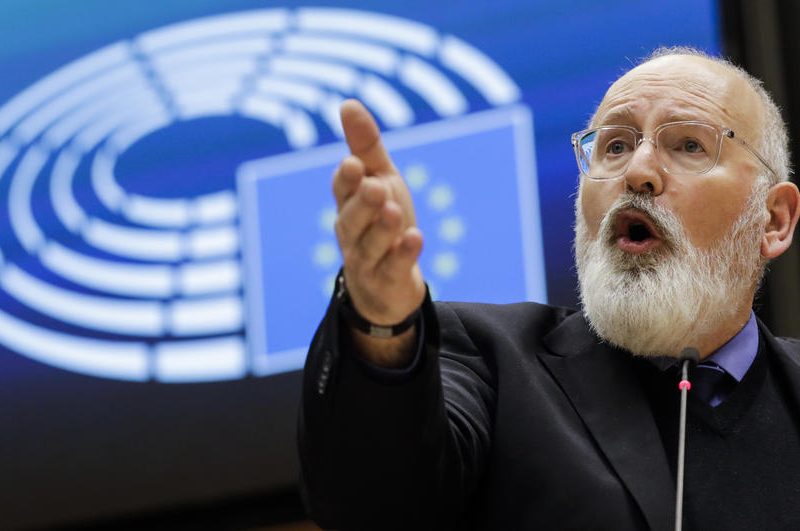 But teen activist Greta Thunberg, who sat alongside von der Leyen at the weekly college meeting, was left unimpressed by the plan. At a meeting of the Parliament’s environment committee later in the day, she said the Climate Law was a “surrender”.

“We will not allow you to surrender our future,” she told MEPs, adding that the EU must stop “pretending that you can be a climate leader and still go on building and subsidising new fossil fuel infrastructure”.

In an open letter published earlier the week, she and several other activists warned that climate-neutrality in 2050 means that the planet only has a 50% chance of sticking to the Paris Agreement’s most ambitious temperature target.

They urged policymakers to focus on the remaining carbon budget – the volume of greenhouse gases that can be emitted while sticking to climate targets – and to listen to the best available scientific evidence.

The proposed legislation does not include an increase to the EU’s existing 2030 target and only commits the Commission to publish a suggested update by September, as revealed by a leak of the law obtained by EURACTIV.

Under current climate rules, the EU as a whole must reduce its greenhouse gas output by 40% by 2030, compared with 1990 levels. That target has been branded insufficient because it predates 2015’s Paris climate accord.

During von der Leyen’s courting of support for her Commission presidency, the German official pledged to increase the benchmark in order for the EU to do its fair share in emission reductions. Timmermans also promised the same during his Parliament hearing in September.

The climate chief insisted today that a thorough impact assessment on the costs of a higher 2030 target needs to be done correctly and that “we don’t want to make thoroughness a victim of political expediency”.

Twelve countries urged the Dutchman earlier this week to bring forward his timeline to June, instead of September, so negotiators have the summer period to find an agreement.

Timmermans suggested that if his services were to rush through their number-crunching, it would cost the EU more time, as member states could dispute the Commission’s working if it is not watertight.

He also confirmed that the Commission will aim to use delegated acts to increase climate targets after 2030, which would reduce the role of national governments and MEPs in the decision-making progress. They would only be able to approve or veto a proposal, not amend it.

All three institutions will have to negotiate a commonly-agreed version of the climate law before it can be adopted, so it is likely that Council negotiators will aim to strip the final text of the delegated act.

But centrist MEP Pascal Canfin said that “one of the added values is to get out of the current situation where climate objectives are taken unanimously by the European Council”, suggesting that the idea could find some support in the European Parliament. 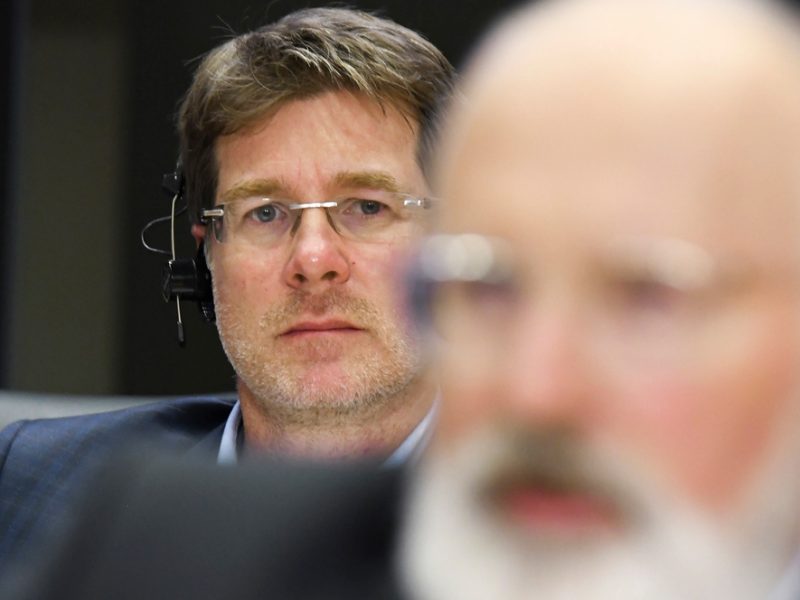 Timmermans said the use of delegated acts “will not keep me up at night” – batting away the suggestion that governments will rile against the idea of relinquishing power – but clarified that any reviews of existing legislation will be done in keeping with the regular legislative process.

As with any Commission proposal, MEPs and the Council will now have to agree on their own negotiating positions before meeting the EU executive in trilateral talks known as trilogues.

If Timmermans sticks to the September deadline, it means that an EU-China summit scheduled that month will almost certainly be held without a finalised agreement and it will be a race against time to go to the November COP summit with extra leverage.