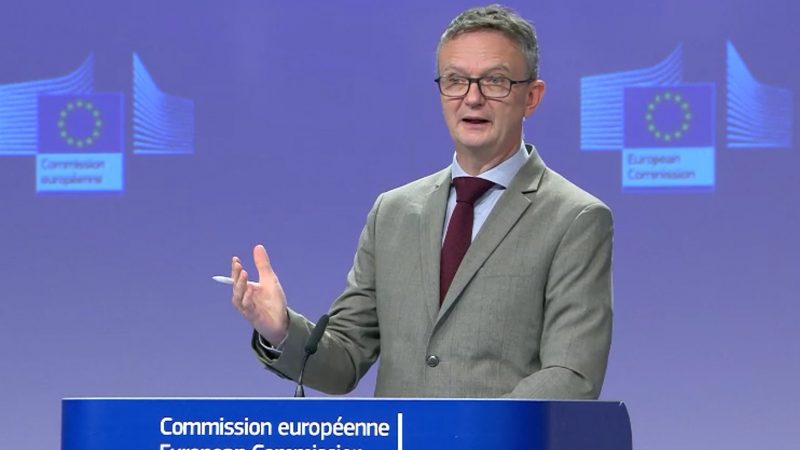 "The deadline has been postponed by a week and the reason is basically to give a bit more time to the platform to provide its views," European Commission Chief Spokesperson Eric Mamer told a news briefing on Monday (10 January). [European Union, 2022]

The Commission drafted a plan late last year to add some gas and nuclear investments to the European Union’s “taxonomy,” its rule book to define which investments can be labelled as climate-friendly in the EU.

The EU executive quietly distributed a text to member states in the final hours of 2021 after the much-delayed document had been twice promised earlier in the year, highlighting the rocky road to draft it.

Brussels said on Monday its expert advisers will have until 21 January to provide feedback on the draft proposal, rather than until 12 January as initially planned.

“The deadline has been postponed by a week and the reason is basically to give a bit more time to the platform to provide its views,” European Commission Chief Spokesperson Eric Mamer told a news briefing, referring to the “platform” of advisers from industry, NGOs and the finance sector.

Given the recent holiday break, “it’s only natural that we provide a bit more time,” said EU spokesman Eric Mamer, confirming a tweet by a German official that the new deadline was January 21.

The Commission shared the draft with its advisers late on New Year’s Eve, setting a deadline that campaigners said was too short and limited scrutiny of the rules – suggestions rejected by the EU’s executive.

The draft, seen by EURACTIV, has reignited disputes between EU countries, which disagree on whether gas and nuclear should be considered as “green” or “transitional” investments and under which conditions.

The opinions collected may lead to changes in the text with the final version published by the end of the month.

If a majority of member states fail to oppose it within four months after that, it will become EU law, coming into effect from 2023. The European Parliament can also oppose it within that time with a simple vote.

France has led the charge for nuclear power – its main energy source – to be included, despite robust opposition from Austria and from Germany, which is in the process of shutting all its nuclear plants.

Fossil fuel-reliant countries in the EU’s east and south have defended the use of natural gas, at least as a transitional source, even though it still produces significant greenhouse emissions.

The commission proposal calls for the building of new nuclear power plants to be conditional on permits given out before 2045, and work to extend the functioning of existing plants would need to be authorised before 2040.

For gas, it said that carbon-emission limits should be set to well below those produced by coal-burning plants, and it should only be a transitionary source with plants needing building permits given before 2031.

Nathan Fabian, the chair of the EU platform on sustainable finance, said the advisory group would depart from its usual consensus based approach to provide feedback on the draft.

“The reason for this approach is that only a short time has been provided by the Commission, since New Year’s Eve, for our response,” he said on Twitter.

The long-awaited taxonomy is part of EU plans to mobilise massive low-carbon investments to meet its goal to have net zero greenhouse gas emissions by 2050.

Using detailed criteria that each “green” investment must meet – such as emissions limits or energy efficiency – the taxonomy aims to make climate-friendly projects more visible and attractive to private capital, and stop organisations from overstating their environmental credentials.

The reason for this approach is that only a short time has been provided by the Commission, since New Year’s Eve, for our response. https://t.co/XJkssQsfqG