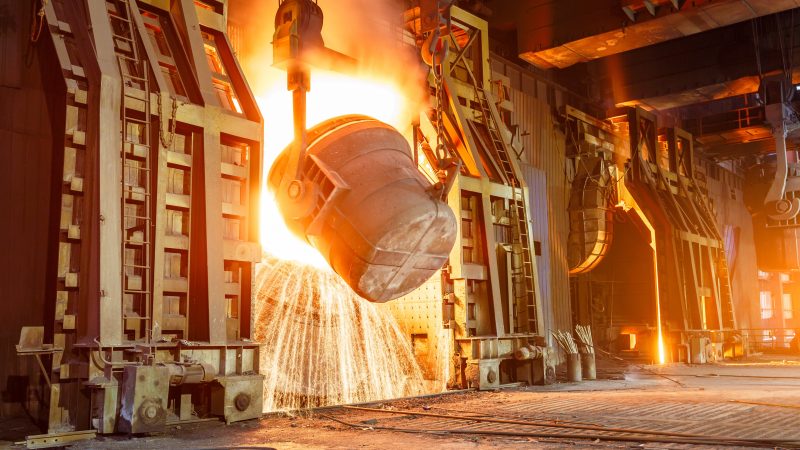 As industry's most faboured shield from carbon prices in the EU is set to expire as the bloc's carbon border levy is phased in, it now eyes additional support in exporting. c Shutterstock/ABCDstock

This article is part of our special report EU carbon market reform.

The European Commission tabled proposals last week to introduce a carbon levy at the EU’s borders in order to protect EU manufacturers from cheaper imports of carbon-intensive goods coming from abroad.

The new scheme “will ensure that our climate ambition is not undermined by foreign firms subject to more lax environmental requirements” while encouraging foreign countries to decarbonise as well, the Commission said.

The levy will apply to six categories of imports: electricity, iron and steel, aluminium, fertilisers, and cement. The system will be phased in as of 2026 for a period of ten years, by which time EU industries covered by the scheme will stop receiving free CO2 permits on the EU carbon market, a move aimed at ensuring the system is compatible with World Trade Organisation rules.

The EU’s proposed carbon border adjustment mechanism – or CBAM – is feared by Australia, and raised “grave concern” among emerging economies such as Brazil and China which see the proposal as protectionist.

But European industries covered by the proposal aren’t fans of it either.

“All metals sectors have expressed concerns that the CBAM as designed would disadvantage Europe producers irrespective of their carbon footprint,” said Eurofer, the European steel industry association, following the announcement of the Commission’s proposal.

Industry is worried that the gradual introduction of the levy will coincide with a phase-out of free CO2 permits they receive under the EU’s emissions trading scheme (ETS).

Free ETS permits are the favoured option of European industrialists because they apply to their entire production while CBAM, by contrast, applies only to imports.

“ETS free allowances and CBAM are not alternatives,” said Ines Van Lierde, chair of AEGIS Europe, an industry coalition, which brings together almost all the industries covered by the Commission’s CBAM proposal.

AEGIS is spearheading efforts by European industry to obtain more support from the EU as the age of free ETS allocations slowly comes to an end.

While European industry has been subject to a price on carbon emissions since 2005, they have been largely insulated from ETS price increases thanks to a generous free allocation scheme. But now that carbon prices are reaching record highs of more than €50 per ton, they are worried about the additional cost the ETS will represent.

“A lot of the burden will be on energy-intensive industries, because the low-hanging fruit in the electricity sector is already gone,” said Hæge Fjellheim, director of carbon research at Refinitiv, a carbon market data analysis firm.

“With the focus shifting to industry, emission reductions are going to be more difficult to achieve. This is why you need a strong price signal of up to €100 per tonne,” she told EURACTIV. 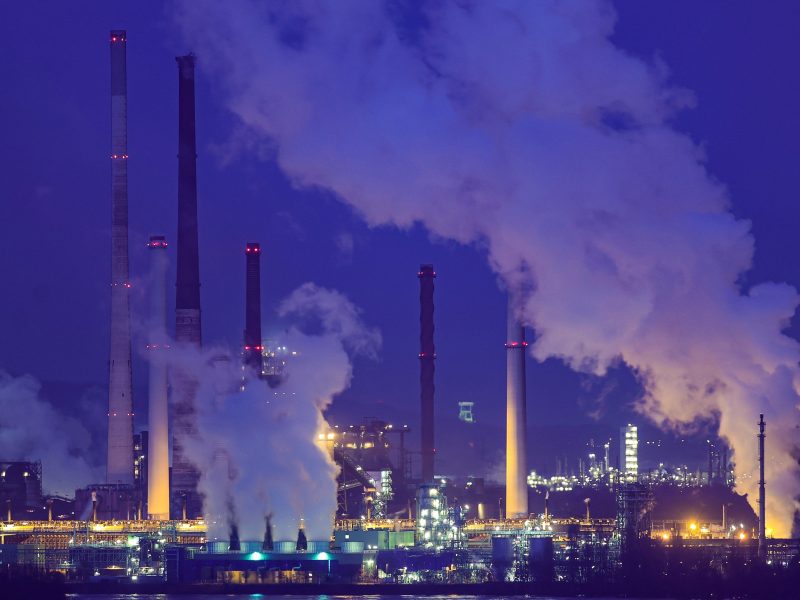 European industry is becoming increasingly vocal regarding the challenges it faces in decarbonising production while remaining competitive, a view supported by a recent think-tank report.

With the end of free ETS credits, industry will have less money available to invest in low-carbon technologies, European manufacturers warn. And while CBAM will ensure competitive parity with foreign producers, the Commission’s proposal does not foresee any replacement for the external trade dimension, they say.

“The proposed phase-out of free allocation and the absence of export rebates would cause significant risks to investment,” said Koen Coppenholle, chief of Cembureau, the European cement industry association.

In order to maintain their competitiveness against Chinese imports, European industry is asking for what would effectively amount to export subsidies.

“These export adjustments, they should be granted to products which are produced in the EU and exported to some countries which do not have the equivalent carbon limitation or pricing policies,” says Hervé Jouanjean, a former EU official who was director for WTO affairs at the European Commission.

Although export rebates are currently not part of the EU’s climate and trade policy arsenal, he says it can be compatible with WTO rules.

“Properly designed as we propose, they do not constitute export subsidies under WTO rules,” said Jouanjean, who is now senior trade expert at law firm King & Spalding, and spoke on behalf of AEGIS Europe.

Overall, AEGIS Europe defends a combination of free ETS allocations, a carbon border levy, and export rebates, saying they are distinct elements of an integrated EU policy dealing with different aspects of trade and climate.

“We see absolutely no problem with the WTO legitimacy of a carbon export adjustment which is part of a carbon reduction policy,” says Bernard O’Connor, a trade lawyer with Italian firm Nctm.

And, according to O’Conner, all three measures “can continue to exist independently as long as they are needed” to ensure a level playing field.

“A level playing field is what we’re looking for,” said Bernard Lombard, trade and industrial policy director at CEPI, the European paper industry association, who is chair of the AEGIS Europe CBAM task force.

“As long as there is a difference in terms of carbon cost and emission reduction between the EU and the rest of the world, I think we need these tools to make sure EU exports do not become uncompetitive due to our higher climate goals,” he said.

Having cake and eating it

Environmental NGOs are highly sceptical of the export rebate proposal, saying it would be contrary to WTO rules and would undermine the EU’s climate leadership on the international stage.

“export rebates would risk creating perverse incentives and would not be coherent with the drive to encourage higher climate ambition globally,” said Agnese Ruggiero from Carbon Market Watch.

“Asking for export rebates on top of free allowances and CBAM is like having the cake, eating it, and reaching over for the muffins too,” she told EURACTIV.

Ruggiero is not alone expressing scepticism about export rebates. When AEGIS Europe consulted with the European Commission’s trade experts about this, they appeared similarly wary.

“Informally, when we raised this with people in the Commission, they said it’s not possible,” O’Connor admitted. “But the way we see it, this can be very much a part of an integrated climate policy,” said O’Connor, who authored a legal feasibility analysis in favour of export rebates.

Contacted by EURACTIV, the European Commission did not immediately respond to a request for comment about export rebates.

However, O’Connor believes not everyone in the EU executive is against the idea. “Are there forces in the European Parliament and in the member states which want to look at this issue? The simple answer is yes.”

According to Jouanjean, European industry is confronted with “dogmatic views” from the European Commission which fears that export rebates will be associated to export subsidies by the WTO.

“But we say this is a narrow-minded way of looking at things,” Jouanjean said. “It is not a standalone measure. It is part of a global approach. So there is certainly a campaign to be made to persuade policymakers that they have to change their approach”