Environmentalists warn against continuing to support fossil infrastructure with EU funding given its decades-long lifespan and likelihood of fossil fuel deals becoming increasingly unprofitable in the future. [EU Parliament]

The proposed fund aims to support regions with polluting industries to retrain workers and help them find new low-carbon jobs.

However, EU member states have long disagreed on whether to link the fund to investments into new low-carbon infrastructure.

The move came as a surprise given that some Eastern member states, such as Poland and Hungary, insist that natural gas is essential for the transition to a low-carbon economy. 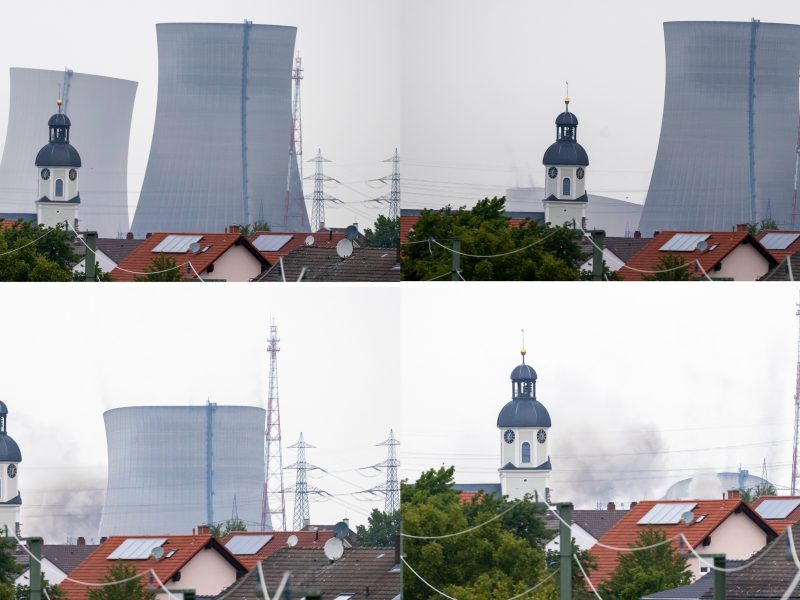 The proposed €40 billion fund is now being examined by the European Parliament, where the regional committee is in charge, and other committees provide opinions.

But while MEPs traditionally advocate more ambitious climate policies than the usually more thrifty EU member states, this time, precisely the opposite is happening.

Last Monday, a clear majority in the Parliament’s industry committee voted in favour of an amendment by Polish rapporteur Jerzy Buzek (EPP), which explicitly declares gas projects to be eligible.

Even in the more ecologically-minded environment committee, an amendment by Czech rapporteur Alexandr Vondra (ECR) was adopted backing investments in natural gas infrastructure in cases where it displaces coal, the most polluting fossil fuel.

The amendment was passed with 36 votes in favour and 19 against and was supported in particular by lawmakers from the centre-right EPP, the conservative ECR and the far-right ID groups. But a majority of Eastern European MEPs from the centrist Renew Europe and the socialists and democrats (S&D) group also supported it.

The socialists and centrists “are buckling down in front of the gas lobby and digging the billion-euro grave with it,” Green MEP Michael Bloss told EURACTIV.de, saying he considers this decision “grotesque”.

Environmentalists have warned against funding gas infrastructure, saying its decades-long lifespan risked locking Europe into fossil technologies for many years to come. Besides, fossil fuel infrastructure will soon become unprofitable and risk becoming “stranded assets” in the near future, Greens warn.

Pascal Canfin, a French centrist lawmaker who chairs the European Parliament’s environment committee, admitted that the question of gas funding had not been settled yet.

“Today, the position of including gas unconditionally in the Just Transition Fund does not have a majority in Parliament, nor does the position of excluding it without exceptions,” he told EURACTIV in an interview last week.

According to Canfin, such a “third way” would involve applying the EU’s green finance taxonomy in order to draw a line between gas projects that merit public funding and those that don’t. In addition, he called on the European Commission to carry out a financial analysis to determine which gas projects risk becoming “stranded assets”.

The European Commission, too, has taken an ambivalent stance towards fossil gas.

“In some areas of transition, the use of natural gas will probably be necessary to shift from coal to sustainable energy,” Timmermans admitted.

The European Commission presented the Just Transition Fund on 14 January, and explicitly excluded “investments related to the production, processing, distribution, storage or combustion of fossil fuels”.

Besides regional funding, the new just transition fund was the only part of the future EU budget that the Commission said should categorically exclude fossil fuels.

However, in the position on which the Parliament’s regional committee will vote on Monday (6 July), the responsible rapporteur, Manolis Kefalogiannis (EPP), has deleted all references to fossil fuels.

62 environmental organisations have sent a letter to the committee on Thursday (2 July), calling on MEPs to follow the example of EU member states and clearly exclude fossil fuels from EU funding.

“Otherwise the just transition in the EU will be doomed to failure from the outset,” said Katie Treadwell, energy policy officer at WWF Europe.

The 44 MEPs of the regional committee will vote on the document on Monday, followed by a plenary vote in September. Both the European Parliament and the EU Council of Ministers need to approve the same text before it can be agreed.