EU leaders to push for climate neutrality at next week’s summit, draft shows

EURACTIV.com with Reuters and euroefe 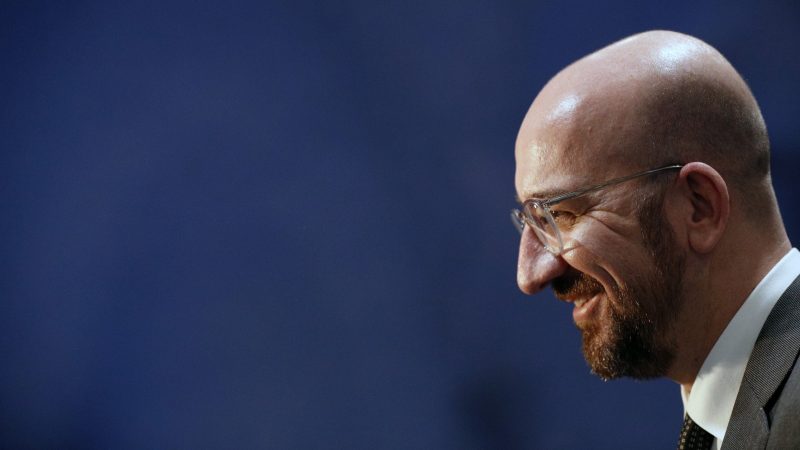 The President of the European Council, Charles Michel, speaks during an interview in Madrid, Spain, 02 December 2019. [EPA-EFE/JAVIER LIZON]

European Union leaders meeting in Brussels next week will push to agree to put the bloc on net-zero greenhouse gas emissions by 2050, their draft joint statement showed on Monday (2 December), heralding a bitter fight looming at their gathering.

The Dec. 12-13 summit of the bloc’s national leaders will aim to endorse “the objective of achieving a climate-neutral EU by 2050,” according to the document seen by Reuters.

European Council president Charles Michel said he will work to “convince” all member states to agree on achieving climate neutrality by 2050 in next week’s summit. He also vowed to pay attention to the “sensitivities” and “interests” of the most economically affected countries.

📝 Draft #EUCO conclusions on climate include the 2050 net-zero target, plus mention of:

“Europe could become a green economy leader by investing in research, technology and innovation to guarantee jobs creation and social wellbeing while reducing the climate threat,” Michel told EFE in an interview during the COP25 UN climate summit in Madrid.

Previous attempts, however, were blocked by Poland, Hungary and the Czech Republic, who rely on highly polluting coal. They have previously said they oppose climate neutrality by 2050 for fear cutting greenhouse emissions will stifle their economies.

To convince the reluctant camp, the draft summit conclusions refer to “just and socially balanced transition”, the European Investment Bank’s announcement to unlock 1 trillion euros worth of green investment until 2030, the need to ensure energy security and competitiveness vis-à-vis foreign powers not pursuing such climate goals.

The draft, prepared in advance of the leaders’ discussions, may still change. But it will eventually need unanimous backing of all EU national leaders for there to be agreement at the summit.

Current targets envisage cutting the EU’s greenhouse gas emissions by 40% by 2030 from 1990 levels. The new Commission, led by Germany’s Ursula von der Leyen, hopes to raise the goal to at least 50%.