Legislators went further by requesting the European Commission to assess the possibility of including reprotoxic substances in EU health and safety rules by the first quarter of 2019 at the latest. [Jennifer Tweedie/Flickr]

Negotiators in the European Parliament and the EU Council of Ministers, representing the 28 EU member states, struck a provisional agreement on Tuesday (11 July) in favour of stricter exposure limits to substances believed to cause cancer among workers.

The agreement – when confirmed – will impose stricter exposure limits to hard wood dust and chromium VI, a dyer mainly used in paints and the textile industry, which is also generated during the casting, welding or cutting of stainless steel.

Marita Ulvskog, a Swedish Social Democratic Party MEP (S&D), who led the negotiations on behalf of the European Parliament, hailed the agreement saying it paves the way for similar votes on new exposure limits for 13 priority carcinogens and mutagens in the workplace.

“It is incredibly important that we have an agreement and move forward on this file,” she said, adding: “Workers have waited ten years for the EU to improve their protection from these incredibly dangerous substances.”

In a major breakthrough for trade unions, legislators even went further by requesting the European Commission to assess the possibility of including reprotoxic substances in EU health and safety rules by the first quarter of 2019 at the latest. Reprotoxins pose a risk to workers of both sexes and to the children of women exposed to them during pregnancy.

With an estimated 100,000 deaths a year, cancers caused by occupational exposure to toxic substances represent the first cause of mortality related to working conditions in Europe, according to trade unions.

“It was high time,” said Laurent Vogel, a researcher at the European Trade Union Institute (ETUI) who specialises in occupational diseases.

“In 15 years, the European Commission made little progress on an issue vital to reducing social and health inequalities in Europe,” Vogel wrote in a recent opinion piece published by EURACTIV.com. 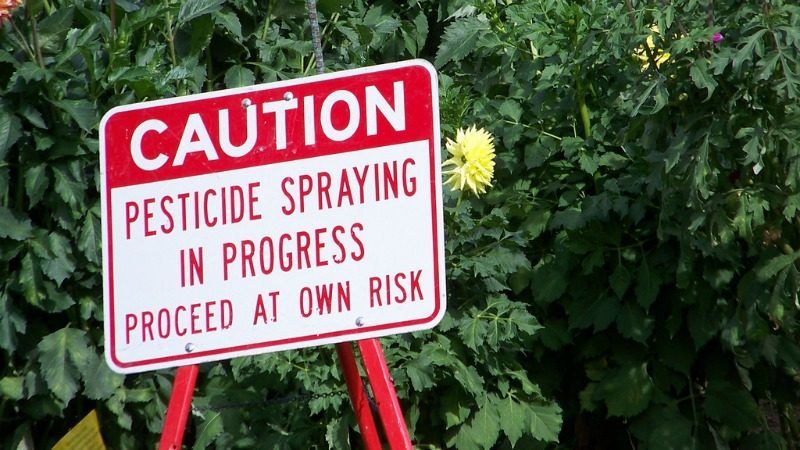 By its own admission, the European Commission acknowledges it has been slow to react. In May 2016, it tabled a revision of the Carcinogens and Mutagens Directive (CMD), after more than a decade of inaction under the Barroso administration.

“We needed new political momentum,” said Stefan Olsson, a senior official at the Commission’s employment directorate who praised his boss, Marianne Thyssen, for being “at the forefront” of attempts to put the issue on the Commission’s work programme.

Speaking at a EURACTIV event earlier this year, Olsson admitted revising the directive had been a long process.

“I can understand some of the frustration from some of the actors,” he told the event, pointing to the Commission’s so-called better regulation agenda, which requires the EU executive to produce a detailed impact assessment of how new laws will affect business.

But now the revised CMD text is on table, Olsson said he was confident about the proposal going through.

“The fact that the Council adopted within a few months a common position identical to the Commission proposal was very, very stimulating,” he said, referring to talks between EU member states in the Council of Ministers, which were later formalised on 15 June.

Maryanne Thyssen, the EU Commissioner for employment and social affairs, hailed the agreement, saying it marked “a milestone” in improving the health and safety of European workers.

In February, the European Parliament’s employment committee backed the European Commission proposal, and voted to extend it to cover also reprotoxic substances.

But while new limit values were confirmed for hard wood dust and chromium VI, EU negotiators could not agree on new exposure limit values for respirable crystalline silica dust, which are created by mining, cutting or crushing of concrete, bricks, or rocks.

“It’s a pity that member states were not willing to improve protection against crystalline silica,” said Jean Lambert, a British Green MEP.  But Greens were generally cheerful about the two new exposure limit values and the inclusion of reprotoxins in future legislation.

Another key provision relates to the medical follow-up of workers after the exposure. It will be up to national authorities to determine whether workers will continue to undergo health checks after the end of exposure “for as long as they consider it necessary,” the Parliament explained in a statement.

“This is a major step forward,” remarked Lambert, “as it has been sadly demonstrated that diseases often develop many years after exposure to toxic substances.”

MEPs said they would now ensure that the new rules are confirmed and implemented. The Parliament and the Council will each vote on the draft directive after the summer break.

And Thyssen said the Commission would press ahead with further proposals next year. “Our work does not stop here. The Commission has already started preparatory work for the next set of chemicals, for which we intend to present a proposal early next year,” she said in a statement.