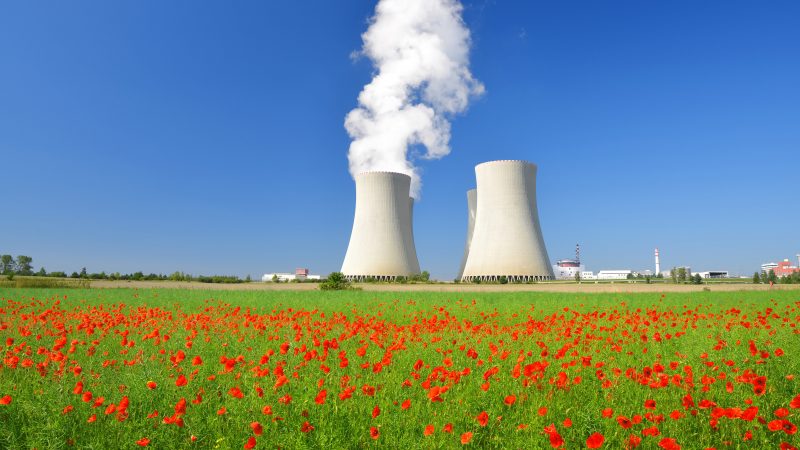 The European Commission’s upcoming Industrial Strategy aims to help Europe’s industry tackle a series of challenges and prepare for the future. One important element will be ensuring that industry has access to a secure supply of low-carbon energy at a competitive price.

This is where nuclear energy comes in.  Not only is it low-carbon, it is also flexible, dispatchable and cost-effective. The success of the EU industrial strategy and the European Green Deal will depend on the EU’s ability to achieve climate neutrality whilst maintaining its competitiveness, including growth, jobs, and technological leadership.

Nuclear energy can contribute to making this a reality.

But for this to happen, EU decision-makers need to develop an ambitious vision for nuclear in Europe and recognise it for the benefits it can provide to accompany Europe’s energy transition and incentivize more investments in the sector.

This ambitious vision is a notion that the fathers of the European Union had already in mind while developing the Euratom Treaty which provides the legal basis that EU institutions need to follow.

One of the key priorities of the upcoming European industrial strategy should be to ensure that European industry has a non-stop access to a stable supply of low-carbon and affordable energy. This is crucial for maintaining Europe’s competitiveness. Nuclear energy is vital in this respect as it can help:

The important role of nuclear energy has been recently emphasised by many international organisations such as the IPCC, IEA or MIT and this should be recognised and reflected in EU policy as well.

Nuclear as one of Europe’s strategic industries

Not only is nuclear an enabler for other industries, the European nuclear industry itself contributes significantly to the EU’s economy. It is a strategic sector with high-level of expertise (according to a recent Deloitte report, 47% jobs are high-skilled) and given its EU-based industrial capacity it has a positive impact on European, national and local economic and social development.

But the European nuclear industry provides not only electricity, but also medical isotopes and other applications for industry and agriculture.

The European nuclear industry currently sustains around 1 million jobs in the EU and generates around €450 billion in GDP. As underlined in the European Commission’s “Clean Planet for All” long-term vision, the 2050 nuclear capacity will remain around current levels – 120 GW.

Achieving this will require constructing many new nuclear reactors – which will in turn benefit the European economy and in particular the countries and regions, where these new reactors are located.

In 2019, senior representatives from across the European nuclear industry outlined in a manifesto what needs to be done in order to achieve a decarbonised European power sector by 2050, whilst at the same time maintaining growth and jobs.

These nuclear leaders committed themselves to ensuring security of energy supply by delivering the required volume of nuclear capacity on time and at a competitive cost.

Maintaining a qualified nuclear supply industry is essential in this regard: industry, regulators, and lawmakers will need to cooperate to ensure that we have enough young people coming into the industry with the right skills.

Standardisation and harmonization will play a key role in this process and the European nuclear industry is already working on developing concrete solutions to optimise the supply chain.

Significant support to R&D and innovation as well as increase funding for research into both current and future nuclear technologies such as SMRs, is also key to prepare for the future, develop new applications and breakthrough designs and technologies.

EU decision-makers must also take steps to support the nuclear sector’s important role within the EU economy. This includes a stable EU policy framework, a reform of the electricity and carbon markets,  and a policy framework which encourages investment in high-CAPEX, low-carbon technologies.

This will provide investor-certainty and access to different funding mechanisms.  In addition, the European industrial strategy should develop an ambitious vision for nuclear in Europe, which would support nuclear itself but also trigger far-reaching and ambitious EU research projects (beyond ITER), industrial initiatives (e.g. SMR) and investment in beyond-power nuclear applications.

The European nuclear industry is ready to play its part in maintaining a strong and competitive European industry. The question is to what extent EU decision-makers will recognise nuclear energy’s role as the backbone of a 2050 carbon-free Europe together with renewables.