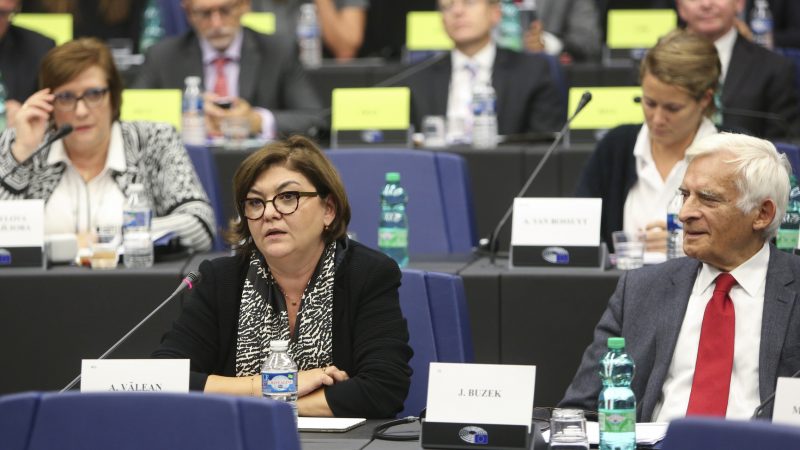 European Parliament committees chaired by the EPP's Adina-Ioana Valean (L) and Jerzy Buzek (R) are locked in a dispute about who should speak for the EU Assembly on the bloc's 2050 planning. [Photo: European Parliament]

The Parliament’s environment and energy committees have both taken it upon themselves to pen and approve resolutions on the EU executive’s Clean Planet For All strategy, presented in November.

The EU assembly shuts up shop soon for the elections in May, so lawmakers were limited in what kind of response it could issue under the current term.

ENVI was the natural choice to write the Parliament’s position and accept amendments from other committees but its energy counterpart (ITRE) decided that it was actually the best placed to author the text.

Both committees are chaired by European People’s Party members. 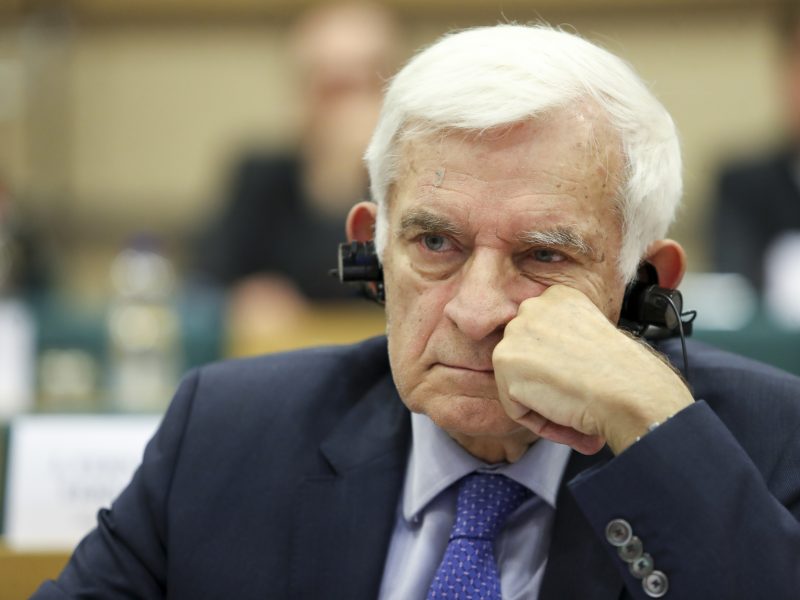 This week, both committees approved their respective resolutions, setting up a potential headache for the Parliament’s political leaders. As things stand, both texts will be sent to the next plenary sitting in March (11-14).

ITRE’s text is first on the docket and, if MEPs back it, ENVI’s will automatically fall after. Before that less-than-desirable outcome though, the Parliament’s governing body, the Conference of the Presidents, could decide to merge the two resolutions.

Spokespeople for both committees told EURACTIV that is definitely an option as the two texts do not directly contradict each other. Both support the Commission’s preference for a net-zero emissions 2050 target and both want the discussion to kick off in earnest at a leaders summit in May.

But, whatever happens, it opens a Pandora’s Box about the EU’s emissions cuts target for 2030, which currently stands at 40%. It is generally accepted that for Europe to honour its Paris Agreement commitments, that figure will have to be cranked up to at least 50%.

The EPP accepts that 2030 has to be changed but the biggest group in the Parliament is against having that debate now and considers calls by other political forces to raise the target to 55% as a redline.

ENVI’s resolution explicitly backs 55% and although the committee’s EPP members did not support that particular aspect of the text, they did vote in favour of the overall document.

Green campaigners have already hailed that concession as progress on the conservative group’s part.

But the energy committee makes no mention of the 2030 change, limiting itself to urging the member states “to commit to the required action”. ITRE’s EPP members are generally seen as less progressive than their environment counterparts.

If the Conference of the Presidents decides in the week before the 11 March plenary session to merge the resolutions, the political groups will have to agree on what will be copy-pasted.

But the Parliament is using up the time it does not really have. There are only three full plenary sessions left before it breaks up for the elections in May and Parliament sources are worried that the second session in March (25-28) is already booked up.

If MEPs and their services are not able to agree on a compromise to table at the first March sitting in Strasbourg, the Parliament will also miss the boat on the final scheduled European Council summit before the big Future of Europe summit on 9 May in Romania.

The Sibiu summit has been earmarked by the EU institutions as the first chance to have an in-depth debate about the 2050 strategy, although some officials have told EURACTIV they are worried it will still be dominated by the Brexit issue, if the UK does not leave on 29 March as planned.