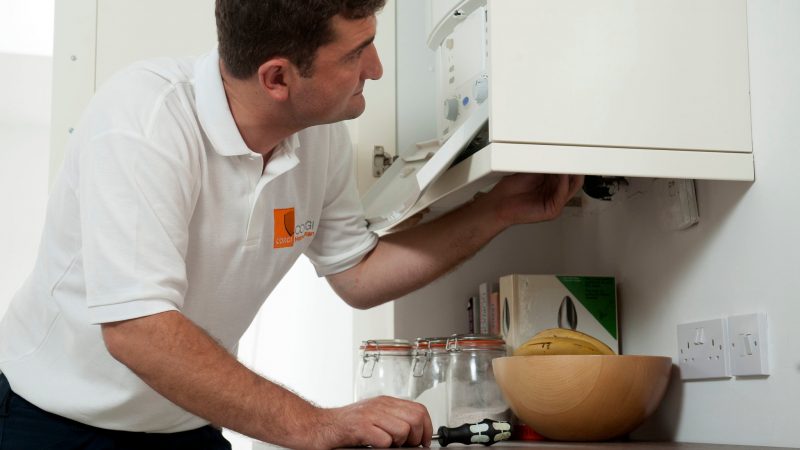 New gas boilers placed on the European market could soon be required to operate with “at least 20% hydrogen” under new standards being envisaged at the EU level.

The new standard for home boilers is part of new “ecodesign and energy labelling requirements for space and water heaters” that are currently being discussed by representatives from the 27 EU member states.

The European Commission started drafting new regulations for home boilers in 2018 and has since held consultations with experts on the matter in a closed forum, EURACTIV was told.

A working document prepared for one of the forum’s meetings, made available on the Commission website, reads: “From [date], gas-fired fuel boilers shall be able to operate safely and efficiently with a blend of a fossil gas and up to at least 20% hydrogen”.

The start date for the new standards is still undecided, but people who took part in the EU consultation forum told EURACTIV they would likely start applying as of 2025.

Consultations are still ongoing, and the new regulation is unlikely to be formally adopted before sometime in 2023, EURACTIV was told.

Crucially, officials insist that no decision has been taken yet.

“Working documents are by no means an official document or proposal endorsed by the European Commission or the college of Commissioners,” an EU official said.

“They are simply…working documents,” the official told EURACTIV in e-mailed comments.

Debate on whether to phase out fossil fuel boilers has picked up in Brussels as Europe looks for ways of cutting its greenhouse gas emissions down to net-zero by 2050.

“Member states shall not provide any financial incentives for the installation of fossil fuel boilers”. They should support homeowners or tenants to replace them with more sustainable alternatives, states a draft EU directive on the energy performance of buildings, seen by EURACTIV.

The International Energy Agency (IEA) published a report earlier this year saying no new fossil fuel boilers should be sold globally if the world is to achieve net-zero emissions by 2050. The ban should apply as of 2025 “except where they are compatible with hydrogen,” the IEA added.

According to ECOS, an environmental organisation working on standards for home appliances, a 2025 phase-out could cut two-thirds of emissions from European homes and go a long way towards meeting the EU’s climate goals.

“Heating is one of the EU’s most energy-hungry sectors. 28% of the total energy consumed in the EU is used for space and water heating,” said Mélissa Zill from ECOS.

ECOS is a member of the Commission’s consultation forum discussing the new standards for boilers. And according to Zill, seven EU member states backed a phase-out of fossil fuel appliances during a closed-door meeting between 27-28 September.

Luxembourg is also among the countries supporting a ban on fossil gas boilers. “To reach climate neutrality, at some moment, you have to ban or get rid of fossil technologies because they have a lifetime during which they stay on the market – they have an inertia,” said Claude Turmes, the energy minister of Luxembourg.

The European Commission, for its part, has adopted a more cautious approach, ruling out an outright ban on new fossil gas boilers for now. Some EU countries are more advanced than others on the path towards decarbonisation and need time to adjust, said Paula Pinho, director at the European Commission’s energy directorate.

“We do understand that this cannot occur overnight with a ban,” Pinho told a recent event in the European Parliament. 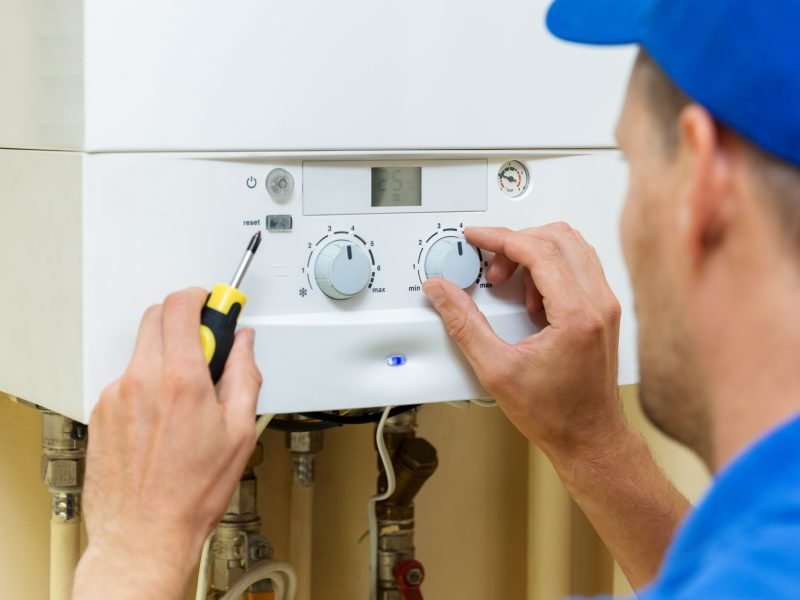 Supporters of hydrogen-ready boilers and green gases in heating say they can help decarbonise the heat sector by complementing electric solutions like heat pumps and energy efficiency measures in buildings.

But he pointed out that a heating system relying solely on heat pumps would require massive amounts of additional electricity and grid reinforcements, especially to manage winter heat demand peaks.

This is why EU countries will also need “molecules” to complement electric heat pumps, he argues, referring to a study by the German Energy Agency which mentioned “powerfuels” such as hydrogen as one of the four pillars of the country’s energy transition.

“We believe that, in many countries, well-dosed volumes of gaseous energy carriers will be needed to complement a backbone of heat pumps,” Kolb told EURACTIV in emailed comments. “’Well-dosed’ in a sense: much less than today’s natural gas volumes, as a result of electrification and envelope upgrades.”

But others are sceptical about the use of hydrogen for heating homes.

“We don’t see a role for hydrogen in building-level heating through boilers or fuel cells,” says Gniewomir Flis from German think-tank Agora Energiewende who co-authored a report on hydrogen published on 18 November.

According to Agora Energiewende, blending would do little to meet EU climate targets. Besides, hydrogen heating would require carbon prices unacceptable for most households, the report said.

Jan Rosenow from the Regulatory Assistance Project (RAP) is also sceptical about hydrogen use in heating – whether as a blend with fossil gas or as a pure product.

To start with, “hydrogen is going to be most valuable in other sectors, and we won’t have an abundance of hydrogen any time soon,” a fact he said gas companies have also admitted in public.

“For heating, there are other more efficient and more economical alternatives available today, such as energy efficiency coupled with heat pumps and district heating,” Rosenow added.

Commenting on the potential 20% hydrogen blending mandate for gas boilers, Rosenow said it “would result in a contribution in energy terms of about 7%” because hydrogen is more voluminous than gas per unit of energy content.

“At best, this would deliver a 7% reduction in emissions. And that is only if 100% green hydrogen was used for blending, which is currently not available at scale,” Rosenow told EURACTIV. 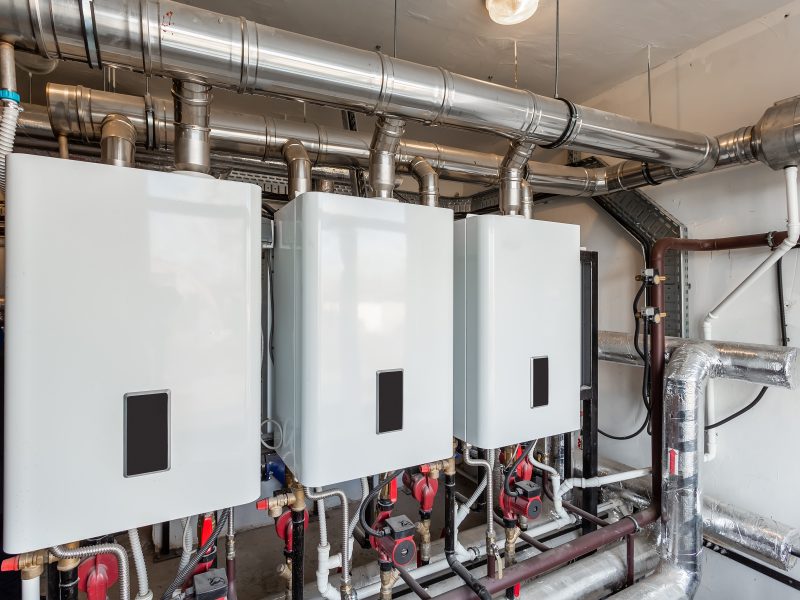 Similarly, Rosenow warned that developing a potential EU voluntary standard for 100% hydrogen-ready boilers would not guarantee any hydrogen is used in them.

“A more likely scenario is that hydrogen-ready boilers get installed instead of standard boilers but are run 100% on fossil gas simply because there is not sufficient hydrogen available,” he said, adding: “At least for the next 10-15 years, no serious independent analysis foresees large amounts of hydrogen being available that could be used for heating.”

Viessmann accepts the 7% emission reduction figure put forward by Rosenow. “But it’s not the point,” Kolb said. “The point is that a 20% admixture of green and decarbonised hydrogen, along with biomethane, is a stepping stone for the switch to a renewable system.”

“Ensuring that every new unit is capable of processing 20% hydrogen is a no-regret option because it comes at no additional cost, without any adaptation on-site,” Kolb added.

Moving to 100% hydrogen boilers would indeed require an upgrade to existing gas boilers, he said. But according to Viessmann, this can be done quite cheaply with a simple retrofit.

“All you need to do is to exchange some parts, such as the burner. This is similar to replacing a spare part” and will cost just “a few hundred euros,” Kolb said, referring to an expert study for the European Commission, which explains how this can be done.

The benefit, he added, is that the heating system can be made more flexible and future-proof in case hydrogen is fed to the gas grid later on, ensuring no one is left behind in the transition to low-carbon heating.

“We should start the roll-out equipment with capabilities for hydrogen now so that the future installed stock is ready when it arrives – which may not be tomorrow, but later depending on availability of hydrogen and biomethane,” Kolb said.

For these reasons, “the European heating industry supports mandatory upgradability to 100% hydrogen as suggested in the EU Commission’s preparatory study,” he said.

For the time being, the European Commission’s consultation forum does not consider a voluntary standard for 100% hydrogen-fuelled boilers.

But Hydrogen Europe, a trade association, says one issue caught its attention: the possibility of introducing a strict Primary Energy Factor (PEF) for hydrogen-ready heating products.

Producing hydrogen – whether form fossil gas or from water electrolysis – is considered inefficient because of energy losses during the compression and transport of hydrogen.

Moreover, the proposed PEF put forward by the European Commission is calculated based on grey hydrogen made from fossil gas, which resulted in an unfavourable PEF of 1.65 for hydrogen-ready boilers.

On the whole, that would place hydrogen-ready boilers in the unattractive G category on the EU’s energy efficiency scale, Hydrogen Europe said.

According to Hydrogen Europe, “this will incentivise consumers to invest in fuel appliances that are not hydrogen-ready” and “create a lock-in to outdated, inefficient appliances”.

Moreover, the proposed PEF “does not take into consideration the evolution of the hydrogen market” by neglecting the future production of green hydrogen made from renewable electricity, which the European Commission has highlighted as a key priority, said Hydrogen Europe.

“Hydrogen-ready appliances will run on renewable hydrogen, not the hydrogen mix suggested by PEF in the proposal,” Hydrogen Europe said. 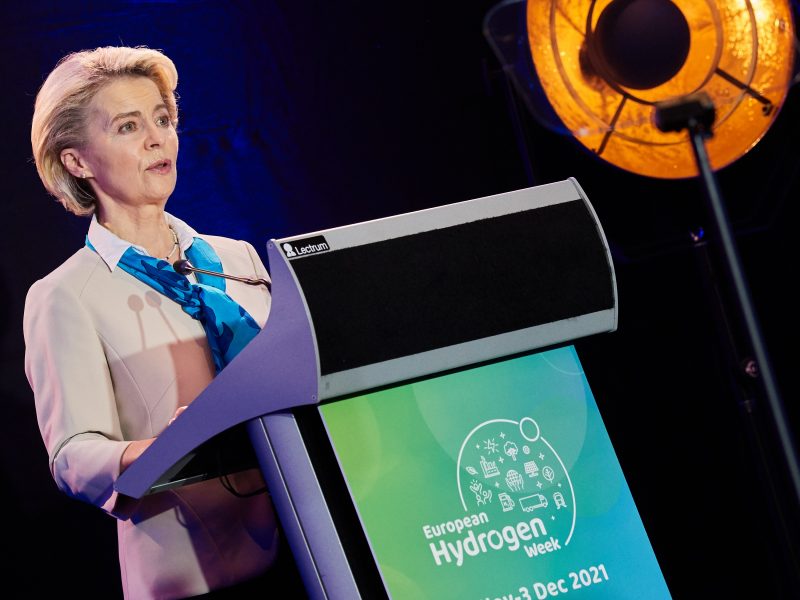