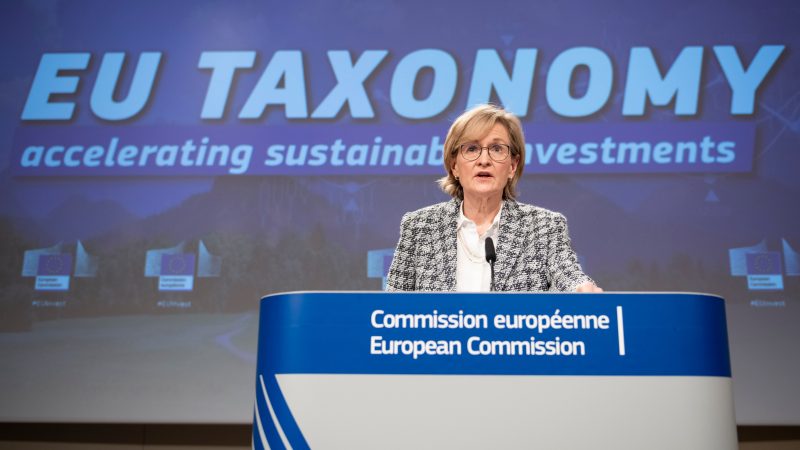 The new rules add gas and nuclear power as “transitional” technologies under the EU taxonomy, and sets out new disclosure rules, with companies having to report on a yearly basis about compliance with the green criteria.

Environmental compliance will have to be verified by external auditors in order to prevent ‘greenwashing’ and ensure the coveted EU green investment label is not wrongly awarded based on false promises.

The overarching objective is to accelerate the low-carbon transition and phase out from coal, which is the most polluting fossil fuel, the Commission underlined.

“We know we need to move away from particularly harmful energy sources like coal, which today still accounts for 15% of electricity production in Europe,” said Mairead McGuinness, the EU’s financial services commissioner.

“Today we’re setting out how gas and nuclear could make a contribution in the difficult transition to climate neutrality,” she added, insisting that both energy sources are “subject to clear limits and phase out periods” under the taxonomy proposal.

The proposal is politically sensitive, with France pressuring the Commission to include nuclear in the EU’s green finance rulebook, and Germany making detailed requests on gas to reflect the demands of its energy-hungry industry.

Austria and Luxembourg, by contrast, have threatened to sue the Commission for adding nuclear and gas to the EU’s green investment list.

Today’s taxonomy proposal builds on a draft that the European Commission circulated to EU member states for consultation on 31 December, and which was widely leaked to the media.

In the case of gas, new plants must replace an existing coal-fired power station and be built by 31 December 2030 in order to win the green EU label.

New gas facilities must also be designed to run 100% on renewable or low-carbon fuels by 31 December 2035 and contribute to “a reduction in emissions of at least 55%” over their lifetime. Direct emissions must be lower than 270g CO2e/kWh or must not exceed an average of 550kgCO2e/kW over 20 years.

However, changes were also introduced compared to the Commission’s earlier draft, which required blending rates of decarbonised gases of 30% by 2026 and 55% by 2030.

Those requirements were deleted, reflecting demands by Germany, which said the intermediary targets were “not realistically achievable”. The 2035 target remains untouched. 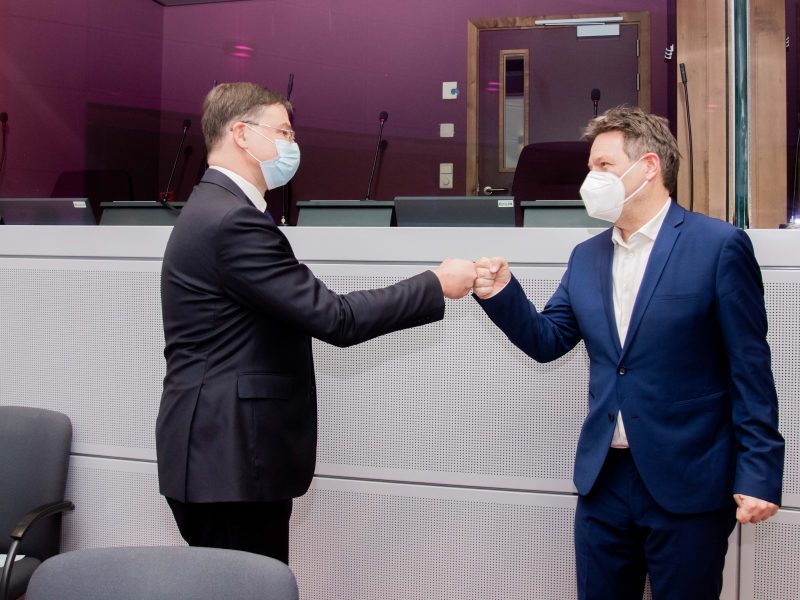 The European Commission has presented its second delegated act for the EU’s sustainable finance rules and under certain conditions, nuclear power and gas will be labelled “green”, making German industry happy.

In the case of nuclear, new plants must obtain a construction permit before 2045 and show detailed plans to have a disposal facility in place by 2050 for high-level radioactive waste.

This caused outrage among anti-nuclear activists who said those were based on promises that won’t be verifiable until mid-century.

But the Commission dismissed those concerns, saying the commitment will have to be made formally by EU national governments. “This so-called promise to have a high-level waste disposal facility by 2050 is actually in the form of a document approved at member state level and submitted to the Commission” under the radioactive waste management directive, an EU official explained.

The only significant change relates to accident-tolerant nuclear fuel, which under the proposal must be available “from 2025” in order for nuclear projects to win the coveted EU green investment label.

Accident-tolerant fuels are only at the research stage, according to the European nuclear power lobby group Foratom, which said the criteria would be “unacceptable” if implemented without delay.

At the end of the day, the Commission gave the industry until 2025 to have accident-tolerant fuels in place instead of requesting them immediately. Under the taxonomy proposal, the technology will have to be “certified and approved by the national safety regulator” in order to qualify.

“These criteria will prove very challenging,” said Yves Desbazeille, the director general of Foratom. “For example, Accident-Tolerant Fuels are still in the testing phase and will thus not be commercially available (nor certified and approved) by 2025 making it impossible for projects to meet this criteria,” he said in a statement. 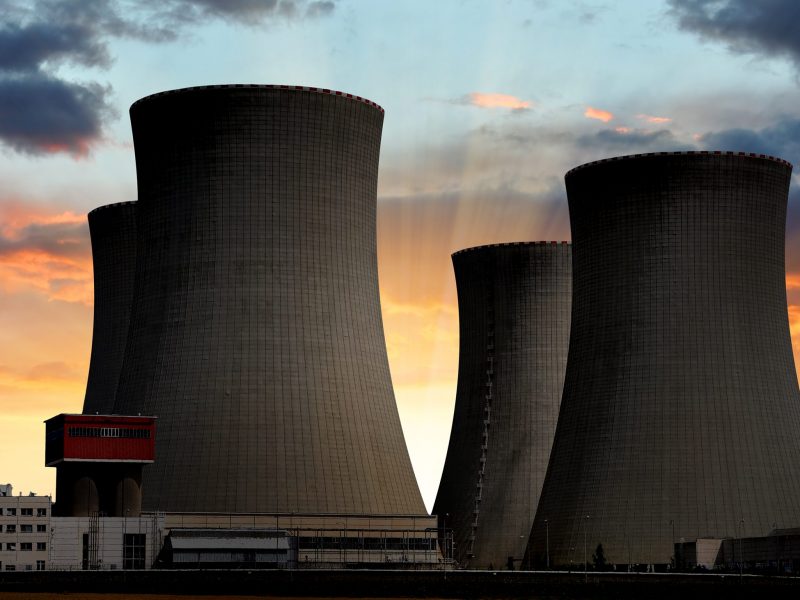 Ambiguities and misunderstandings contained in a draft EU proposal could block nuclear power plants from claiming a green investment label under the bloc’s sustainable finance taxonomy, the industry has warned.

Environmental campaigners were disappointed with the Commission’s taxonomy proposal.

“The EU Taxonomy was envisioned as a vital tool to align financial flows with the Paris Agreement. Instead, Europe is undermining its climate leadership and lowering standards in the EU and beyond,” said Laurence Tubiana, CEO of the European Climate Foundation.

“Labelling gas as ‘green’ is greenwashing. The financial sector needs clarity: this weak compromise on gas undermines the EU’s entire ambitions for the Taxonomy, and will lead investors to seek more reliable science-based criteria,” she said.

WWF, the conservation NGO, called on the European Parliament to reject the proposal, saying it is the result of an alliance between pro-nuclear and pro-gas EU member states led by France.

“The European Commission has allowed European governments to drag this Taxonomy Act into the gutter – and this fiasco is going to create a huge mess in financial markets. Scientifically speaking this Act is a fraud, which must be rejected to protect the credibility of the whole EU Taxonomy,” said Sebastien Godinot, Senior Economist at WWF European Policy Office.

The taxonomy proposal on nuclear and gas now goes to the European Parliament and EU member states, which have four months to scrutinise it. They cannot make changes to the proposal and can only decide to reject it.

Both institutions may request an additional two months of scrutiny time if they wish. Unless they find a majority to veto it, the proposal will be approved.

> The full text of taxonomy proposal is accessible here. Also worth checking Annex 1 (on gas), Annex 2 (on nuclear) and Annex 3 (on disclosure templates).

The Green Brief: Who wants to kill the EU taxonomy?

While Germany’s reaction to the EU’s green finance taxonomy proposal attracted much attention in Brussels, officials at the European Commission are likely more nervous about reactions in the European Parliament. If not, they should be.