Calculations by experts now show that the EU’s planned economic rescue package, worth €750 billion, is nowhere near enough to achieve the bloc’s climate targets. Even in the best-case scenario, only one-third of the costs would be covered. EURACTIV Germany reports.

EU leaders discussed a massive €750 billion rescue package on Friday (19 June), which should be made available to member states to help them revive the economy and achieve the EU’s climate goals.

However, as an unpublished analysis by the consultancy Climate & Company and the German think tank Agora Energiewende shows, the programme has huge gaps: some 2.44 trillion are missing to mobilise the necessary investments to achieve the EU climate targets.

At present, the targets stipulate that the EU must reduce its CO2 emissions by 40% by 2030 compared to 1990. If the target is raised to 50% or 55% as planned, the investment requirement would even rise to over €3 trillion.

The analysts’ calculations are based in part on the Commission’s estimates on how much money would be needed to achieve the current climate target.

If the proposed funds from the new EU budget and the reconstruction programme were spent in the best possible way, only €804 billion would be collected, around a third of what is needed, leaving a  €1.644 trillion investment gap.

The study lists possible funding sources. Only €80 billion have so far been safely allocated to environmental protection. Most of this money comes from the Just Transition Fund, the Connecting Europe Facility, or the Innovation Fund, which has now been massively increased.

That’s nowhere near enough money, but with the right parameters, almost half of the necessary budget could be raised. A precondition would be that 40% of the EU budget would be reserved for climate protection. The Commission’s current proposal is 20%.

If the money from the CAP and the recovery plan were to be invested in a climate-friendly manner, a budget of €1.287 trillion could be pulled together with the help of European Investment Bank (EIB) loans. 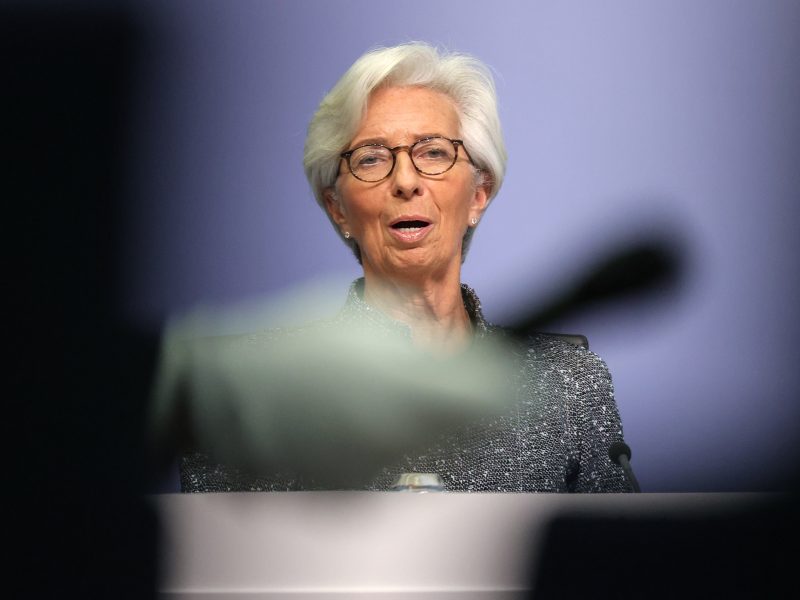 The failure of governments and central banks to set out a green recovery from the coronavirus crisis is threatening to derail vital UN climate talks aimed at staving off global catastrophe, campaigners have warned. EURACTIV’s media partner, The Guardian, reports.

The problem is that the specifications for the new funds do not contain any clear definitions of what constitutes green investment. The fund is not necessarily bound to the existing EU taxonomy, a rule book of sorts for climate-friendly investments.

Instead, the recovery budget alone is subject to the ‘do no harm’ rule. This is broadly defined, as admitted by Commission Vice President Frans Timmermans: “There’s one thing I have to acknowledge: in some areas of transition, the use of natural gas will probably be necessary to shift from coal to sustainable energy.”

This rule is insufficient, says Matthias Buck, EU energy policy expert at Agora Energiewende, in an interview with EURACTIV. “Do no harm is by far not the same as do the right thing.”

He demands that the funds must actively contribute to achieving the climate goals, rather than just not contradict them. Otherwise, many billions would end up in other places.

It is true that the member states must explain to the Commission exactly what they intend to invest in when they apply for the funding. However, the priorities include a long list of objectives, including economic and social factors in addition to climate protection. There is no climate quota or stringent targets, for example for investments in renewable energies.

“Member states can therefore more or less submit a wish list of things for which they want money to the Commission without necessarily having to support climate protection,” Buck said.

On the one hand, they argue, there is a need for standardisation and adaptation of the various member state requirements, including their national climate plans, recovery plans or even the European Semester recommendations. On the other hand, the climate share should be raised to 40% in the next MFF.

Furthermore, clear investment incentives from the development banks are needed to channel the money specifically into industry, transport and the energy sector.

A kind of ‘blacklist’ of climate-damaging investments should help. The idea is by no means new, even if it is not part of the EU taxonomy. In an open letter in April, the Dutch government had also advocated the development of such a list.

The EIB is already one step ahead. In a similar move, it decided in November to stop supporting fossil fuel projects. Doing the same for EU funds would be an easy step to implement, said Buck. “The EIB has created new conditions for the funds it lends. Why can’t we do the same with taxpayers’ money from EU coffers?”