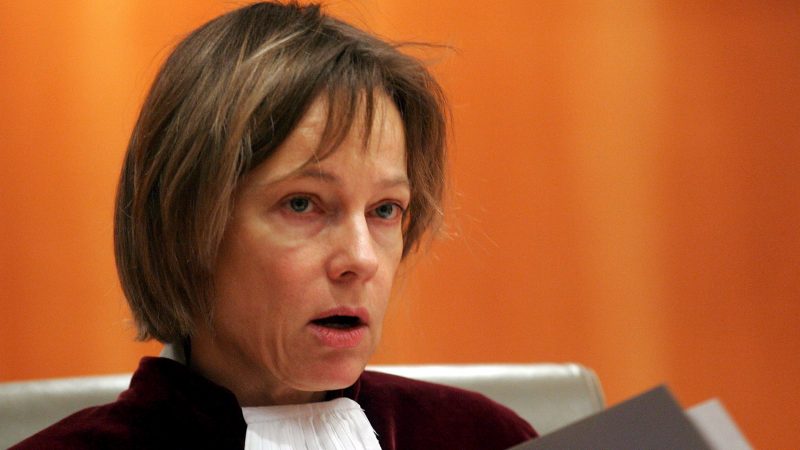 Juliane Kokott, Advocate General for the European Court of Justice, agreed that the Commission should review the decision to let three companies use recycled plastics containing DEHP, which poses a danger to human health. [CHRISTOPHE KARABA / EPA]

The European Commission should review a decision to let companies use recycled plastics containing DEHP, a toxic additive, since it failed to properly consider associated health risks, an adviser to the EU’s top court said on Thursday (25 February).

In a non-binding opinion, Juliane Kokott, Advocate General for the European Court of Justice, sided with a legal charity’s request for the European Commission to review a 2016 decision to let three companies use recycled plastics containing DEHP.

Politicians and environmentalists opposed the decision, saying exposure to DEHP, a softener, poses a danger to human health.

The European Commission must authorise any uses of DEHP (diethylhexyl phthalate), which is restricted in the EU on the grounds that it is a threat to the reproductive system and is an endocrine disruptor, interfering with hormones.

The Commission said in 2016 that allowing the companies to use recycled plastics with DEHP would reduce waste material and that this benefit outweighed the risks.

The Commission then refused a request from the legal charity, ClientEarth, to review its decision, and, in 2019, a lower EU court also dismissed ClientEarth’s request.

The Commission had considered DEHP’s reproductive-toxicity properties, but not its endocrine-disrupting properties.

ClientEarth lawyer Apolline Roger said the charity was “absolutely delighted” with the opinion on the Commission decision, and hoped the ECJ would follow it.

“When authorising the use of DEHP, the Commission intentionally ignored some of its dangers,” Roger said.

The Commission said it “takes note” of the opinion and will await the judgment of the ECJ, which typically rules within two to four months of an adviser’s opinion. Judges follow them in the majority of cases, but are not bound to do so.

Recycled plastics are commonly used in shoes and floors.

Separately, the ECJ ruled on Thursday that the EU had authorised the sale of paint pigments containing dangerous chemicals, despite safer options being available.

ClientEarth said the ruling, in a case brought by the Swedish government, would set a precedent forcing the EU to tighten its checks before approving dangerous chemicals.