The implementation of the taxonomy will help to exclude polluting industries from mainstream finance, experts hoped. [Nneirda / Shutterstock]

Since the beginning of the pandemic, G20 governments have committed $151 billion in support of fossil fuels, while only $99 billion was committed to clean energy, according to the research.

The data was compiled by 14 organisations, including the International Institute for Sustainable Development, Columbia University and the Stockholm Environment Institute.

It was published on the Energy Policy Tracker, a new website that will provide weekly updates for how much public money governments are spending on polluting or clean energy.

“Under the guise of COVID-19 recovery spending, governments are pouring huge volumes of public money into the struggling fossil fuel industry, wasting an opportunity to fight the climate crisis while enriching big polluters,” said Alex Doukas from Oil Change International, a green pressure group which contributed to the research.

The European Commission suspended the EU’s normally-strict state aid rules during the pandemic. By the beginning of May, the EU executive had approved more than €1.9 trillion worth of national support schemes, without imposing any green conditions on member states’ governments.

The new research was released two days before a crucial summit where EU leaders will try to reach an agreement on the bloc’s €1 trillion budget for 2021-2027 and a proposed €750 billion recovery fund to help economies rebound from the coronavirus crisis.

“It is a pivotal moment for the European Union as a climate leader,” said Tom Moerenhout, a professor of international and public affairs at Columbia University.

There are reasons to be hopeful however, Moerenhout said, citing the European Commission’s “very promising pledges” to commit 25% of all EU spending on climate objectives.

Moerenhout also hailed the Commission’s proposal to ensure that none of the EU spending harms the environment – the so-called “do no significant harm” principle.

“But these are proposals that now need a formal agreement over the next couple of weeks and months,” Moerenhout pointed out.

“Given the history of fossil fuel vested interests, it is imperative to remain sceptical until proven that the EU will indeed put its money where its mouth is: a fully-funded European Green Deal with a green economic recovery at its heart,” he said. 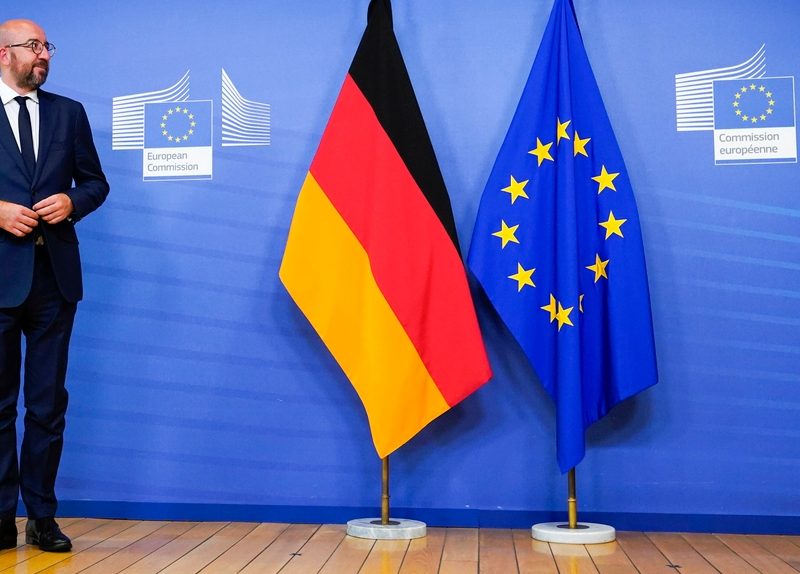