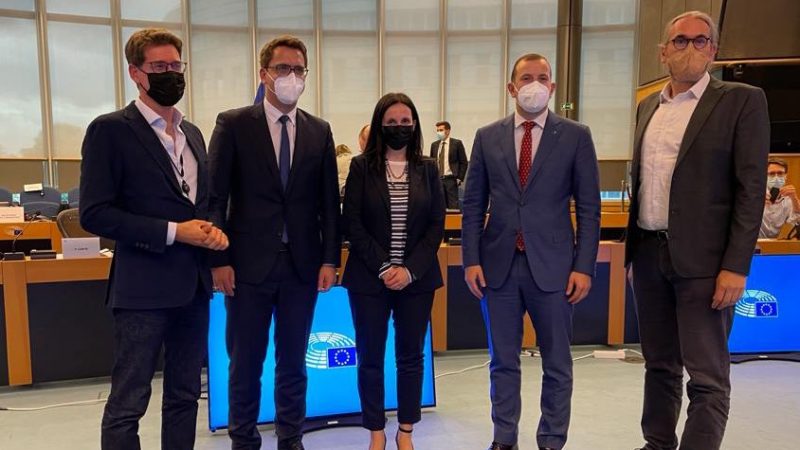 The scope of decisions that can be challenged in court for breaching environmental laws has been widened following a deal struck by lawmakers in the European Parliament and representatives from EU capitals.

On Monday (12 July), negotiators reached an agreement on bringing the EU in line with the Aarhus Convention – an international agreement that allows citizens to challenge legislation that breaches environmental laws.

The new agreement on the Aarhus Regulation aims to fix issues highlighted by the compliance committee of the Aarhus Convention in time for the EU to take the revised legislation to the meeting of the parties in October.

It is a win both for the environment and for the rule of law, which makes Brussels more open and accountable, according to Martin Hojsík, a Slovak lawmaker who was part of the European Parliament’s negotiating team.

“This is really about making sure that, not only does the Union follow the rule of law, but is stronger by being more open to its citizens, not being afraid of them and hiding,” he said. “This is for the benefit of us all”.

Speaking to EURACTIV, Hojsík said the regulation acts like an airbag – it needs to be there and function properly, but ideally, should never be used because all acts should remain in compliance with environmental law.

“I’m really happy that we took a step in that direction, and I believe more can be done,” said Hojsík who is from the centrist Renew Europe political group in the European Parliament.

The EU’s environment commissioner, Virginijus Sinkevičius, welcomed the agreement, saying: “It will strengthen the capacity of European civil society and a wider public to exercise scrutiny over decisions affecting the environment. This is an important element of the checks and balances in the environmental rule of law to ensure that the European Green Deal brings a lasting change,” he added in a statement.

EU countries and European Parliament negotiators agreed to broaden the list of those who can contest legal acts, beyond just NGOs, to include members of the public.

They also agreed to widen the scope of the regulation to include administrative acts requiring implementing measures at the national and EU level. This is seen as a big win for the European Parliament which considered it a red line and a hurdle for the EU to be fully compliant with the Aarhus Convention.

“The political agreement we reached in trilogue is something we can be proud of. It will ensure the Union’s compliance with its international obligations,” said Christian Doleschal, a German Christian Democrat who was the lead negotiator for the European Parliament. “We have broadened the scope of the ‘internal review’ in environmental matters to cover acts of an individual scope,” he told EURACTIV.

The inclusion of implementing measures is a game-changer, said Anne Friel, a lawyer with the environmental campaign group Client Earth.

“It is a real game-changer for us because when we see a clearly unlawful decision being handed down – they don’t happen every day, but they do happen because the Commission isn’t infallible. We will be able to have access to a procedure to have it reviewed. It really means that we have a tool that’s quite powerful to use,” she told EURACTIV.

Finally, the 🇪🇺 Union’s compliance with the International #AarhusConvention is in reach! Today we concluded the #Trilogue on the revision of the Aarhus Regulation, which will ensure effective access to #justice in environmental matters. 1/2 @EPPGroup pic.twitter.com/VRuNsHfQj2

Fears about lack of compliance

However, there are concerns that the EU may not yet be fully compliant with the Convention.

Firstly, while individuals are now able to challenge laws, they need to meet criteria that restrict their ability to challenge decisions in court. According to rights activists, this could jeopardise the EU’s compliance with the Aarhus Convention.

And while the criteria for NGOs to bring cases to court is fairly wide, individuals either need to prove that they are directly impacted and that their rights have been impaired or have 4,000 signatories from across five EU countries.

State aid is another issue when it comes to compliance. It was a big issue for the European Parliament, but will remain outside the scope of the regulation because it was not part of the original issue around compliance.

Instead, state aid will be discussed by the European Commission at a later stage with an impact assessment published in 2022 and a revision put forward, if needed, by the end of 2023.

“We have in the end agreed that the consequences of challenging state aid decisions are not yet sufficiently assessed. That is why the Commission will commit itself to further assessing the potential impact of such a decision and discussing further steps via a declaration,” said Doleschal.

That leaves the battle only half won, according to Climate Action Network Europe.

“The glass is now half full – we expected and needed more. While we warmly welcome the inclusion of acts with implementing measures, we are wary about the massive loophole created by leaving state aid decisions out of scope,” said Harriet Mackaill-Hill, governance policy officer at CAN Europe.

Moreover, views within the Commission differed on what constitutes compliance, one source familiar with the negotiations said.

The European Commission has warned EU countries against being too ambitious on the regulation, saying a broad scope risked creating too much work for the EU executive.

It is now up to the meeting of the signatories to the Aarhus Convention to decide if the European Union’s stance is now compliant with the international agreement.