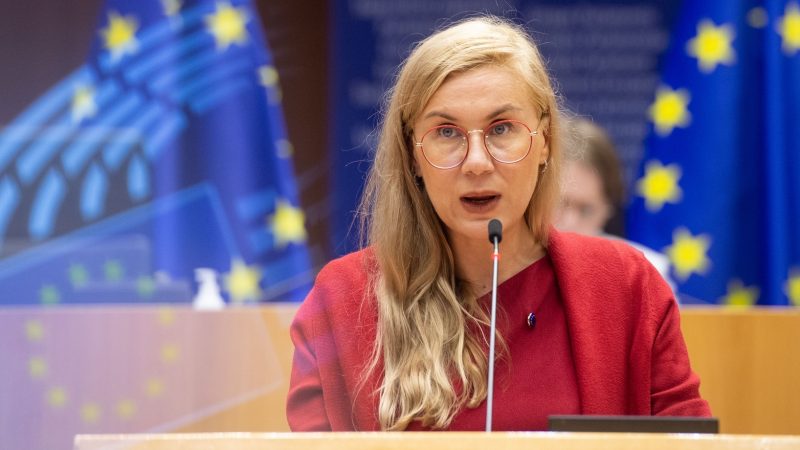 An upcoming overhaul of European Union renewable energy regulations will include measures targeting transport and industry, where the use of emissions-free energy sources are lagging, the bloc’s energy policy chief said on Wednesday (26 May).

The European Commission is preparing to unveil 12 climate change policies in July, all designed to cut greenhouse gas emissions faster. A revamp of the EU’s renewable energy regulations is among them.

EU energy commissioner Kadri Simson said the revamp will promote power purchase agreements for renewable energy and target sectors like transport and industry, which have been slow to take up sources like wind, solar or bioenergy.

Speaking to European Parliament’s industry committee, Simson said other proposals could include labels for industrial products made using renewables. An example of that could be steel produced in furnaces powered by renewable electricity.

The EU is on track to get roughly 33% of its energy from renewables by 2030, against an existing 32% goal. However, that will need raising to hit the EU’s new climate target, to cut greenhouse gas emissions at least 55% by 2030, from 1990 levels.

Europe’s use of renewables varies significantly across sectors. Renewable sources provided 34% of gross EU consumption of electricity in 2019, versus 9% of gross final energy consumption in transport.

Alongside plans to rapidly expand the number of electric vehicles on Europe’s roads by 2030, Simson said the Commission is planning “target-based measures” for hydrogen use in transport modes that will struggle to electrify quickly.

Simson said the July proposals will tighten the sustainability rules that forest biomass must meet to be counted as renewable when burned to produce energy – rules likely to be politically sensitive for Nordic states with large forest industries.