The EU executive is to unveil details of its Sustainable Europe Investment Plan, aimed at mobilising investment of €1 trillion over 10 years, using public and private money to help finance its flagship project – the European Green Deal.

The “Green Deal” is an ambitious rethinking of Europe’s economy, transport and energy sectors aimed at turning the EU into a global leader on the clean technologies that will shape the coming decades.

Overall, the Commission estimates that an extra €260 billion in investments are needed per year to finance the switch to clean energy and reduced emissions.

But behind the sweeping rhetoric of the endeavour, that will be debated later today at a sitting of the European Parliament in Strasbourg, are a number of knotty problems that have to be worked out.

A main one is how to set coal-dependent EU regions – think Poland, the Czech Republic, or parts of Germany – on the path of renewable energy.

European Commission President Ursula von der Leyen has proposed a Just Transition Mechanism meant to bankroll the sort of deep changes needed, which would make available up to €100 billion a year. She also wants to review the EU’s strict state aid rules in order to seed investments into clean technologies.

According to early drafts, the Just Transition Mechanism will be composed of three pillars:

However, the extra €7.5 billion “fresh money” made available under the EU’s long-term budget (2021-2027) is considered insufficient by critics who argue much more cash is needed to finance the energy transition.

The Commission retorts that the fund will be augmented by money from the EU’s long-term budget, loans from the European Investment Bank and the InvestEU programme, using the principle of leveraging limited public funds to attract private cash by covering the riskiest parts of an investment.

The Commission announcement on Tuesday will also spell out eligibility criteria for the funds, which are widely expected to be looser than for traditional regional funds, and tilted in favour of Europe’s most coal-dependent regions like Silesia in Poland.

Green campaigners, for their part, have welcomed that the proposed €7.5 billion fund will be available only for projects that are low-carbon and climate-resilient, including re-skilling programmes for miners, jobs in new economic sectors and energy-efficient housing.

In order to access EU money, countries will need to propose territorial just transition plans, in line with the bloc’s climate goals, that will be vetted by the European Commission.

“We can’t afford the money from the Mechanism ending up in the wrong pockets,” said Raphael Hanteaux, a clean energy campaigner at CEE Bankwatch Network, a green NGO.

“Clear and strict criteria must be established and adhered to so as to ensure that this money is used for the purpose for which it is intended: to alleviate the economic and social impacts of the transition away from fossil fuels for the most vulnerable communities,” Hanteaux said.

Warsaw has so far refused to sign on to Europe’s carbon-neutrality goal for 2050, saying it is worried about the economic and social costs involved.

There is also a tricky debate over nuclear energy to be navigated.

France champions atomic power as a low-carbon energy source which can help abate climate emissions. The Czech Republic and Hungary too defend nuclear as part of their energy mix.

But other member states, such as Luxembourg and Austria, are opposed to nuclear energy being painted as “green”.

But, under pressure from France and some eastern EU countries, a summit last month described nuclear energy as an option on the way to securing climate neutrality, leaving the broader question open for debate. 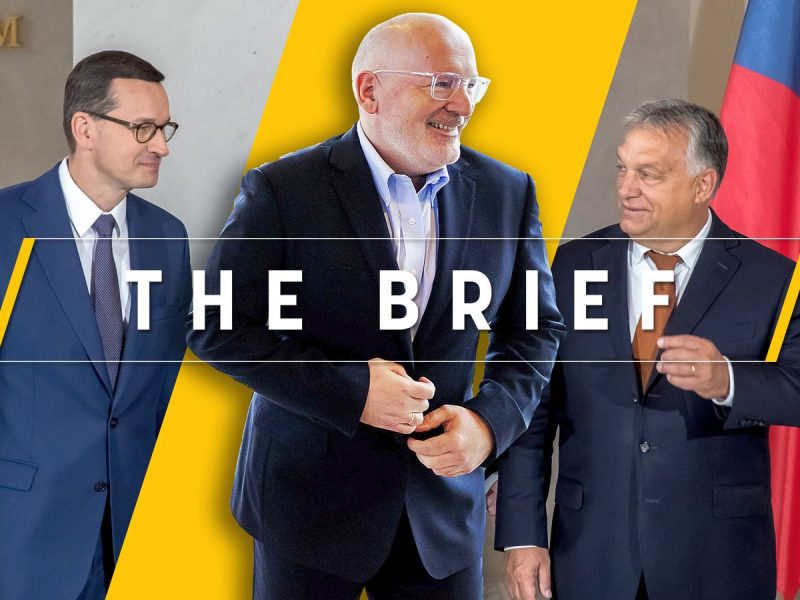