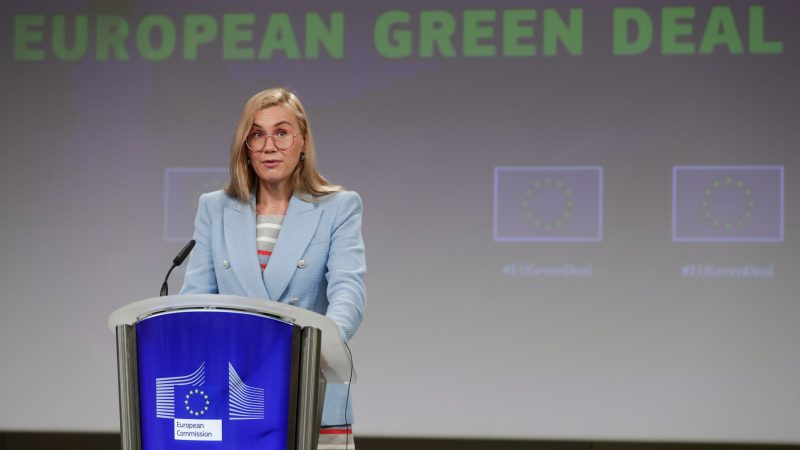 The European Union must increase the amount of renewable energy it uses and cut energy consumption by 2030 under proposals the bloc’s executive Commission published on Wednesday (14 July) to help meet a more ambitious goal for reducing greenhouse gas emissions.

As part of a package of climate policies, the Commission proposed an overhaul of EU renewable energy rules, which decide how quickly the bloc must increase the use of sources such as wind, solar and biomass energy produced from burning wood pellets or chips.

To help meet the 2050 goal, the Commission has set a more ambitious interim target for the EU to raise the share of renewable energy to 40% of final consumption by 2030, up from roughly 20% in 2019.

That replaces a previous target for a 32% renewables target by 2030, which Commission estimates suggest the bloc was on track to meet.

“Increasing the renewables target to 40% by 2030 is ambitious but achievable. Technology advancements and cost reductions in wind and solar and storage mean that renewables is the most competitive form of electricity generation today,” said Ignacio Galán, Chairman and CEO of Iberdrola, which develops renewable energy.

“It will be important for every country to look at their processes for planning and permitting to ensure projects can be delivered in the necessary time scales,” he added.

The Commission also proposed tightening rules that determine whether wood-burning energy can be classed as renewable and count towards green goals.

However,  Evelien van  Roemburg, Oxfam EU head of office, said the renewable energy proposals will do nothing to combat climate change without ruling out the use of crop-based biofuels and the practice of burning down trees.

The package of policies, called “Fit for 55”, must be negotiated by EU countries and the European Parliament, a process that can take roughly two years.

It also targets energy savings, setting a goal for EU countries to collectively cut energy consumption by 9% by 2030, compared with their projected energy use by that date under current plans.

To hit that goal, countries will be required to put in place measures to cut their final energy consumption by 1.5% each year from 2024 to 2030, nearly doubling an existing requirement of 0.8%.

That could be done by insulating buildings or installing more energy-efficient heating and cooling systems.

The Commission said all revenues from carbon permit auctions under the EU’s Emisssions Trading System and national CO2 auctions will have to be channelled to green investments, including investments in energy efficiency measures and renewables.

The Commission also proposed countries renovate 3% of buildings owned or occupied by public bodies each year to transform them into “nearly zero-energy buildings”. 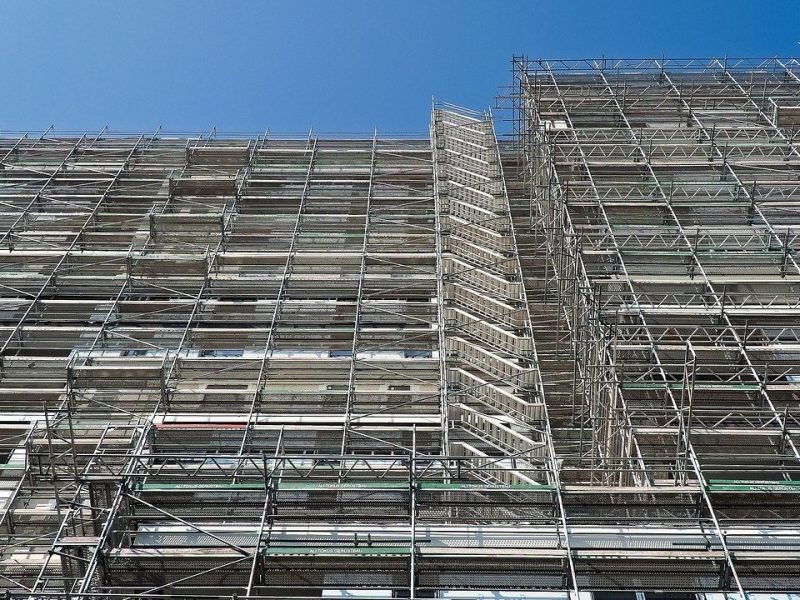 Reactions from the industry

Ahead of Wednesday, several industry CEOs joined a cross-party group of MEPs to call for the European Union to be more ambitious on its renewable energy target.

“A successful transformation towards climate neutrality fundamentally rests on a European approach towards the massive acceleration of renewable energy deployment for industrial transformation,” they wrote.

“The Fit for 55 package is a watershed moment for the European solar sector, heralding solar as a key solution for the climate transition,” said Walburga Hemetsberger, CEO of the industry body SolarPower Europe.

The 40% renewables target would correspond with 660 gigawatts (GW) of solar power installed by 2030, she added. SolarPower Europe had been advocating for a 45% renewables target, saying it would be the most cost-effective path to put Europe on track to deliver on the Paris Agreement.

“No other energy technology is growing more than solar in Europe today which means that we can go even further even faster,” said Hemetsberger.

The new target would also mean a huge build-up of wind power from 180 GW today to 451 GW by 2030. It means Europe will need to add 30 GW of new wind farms every year between now and 2030, according to WindEurope

But the industry body warned that the European Commission will need to tackle complex rules and procedures for permitting wind farms.

“The Commission wants wind to be half of Europe’s electricity by 2050 and wants over twice as much wind capacity in 2030 as we have today. This is perfectly feasible from the point of view of technology and finance,” said Giles Dickson, CEO of WindEurope

“But it needs a major improvement in the permitting procedures for new wind farms across Europe. The EU has a key role to play here in identifying and promoting best practice,” he added.