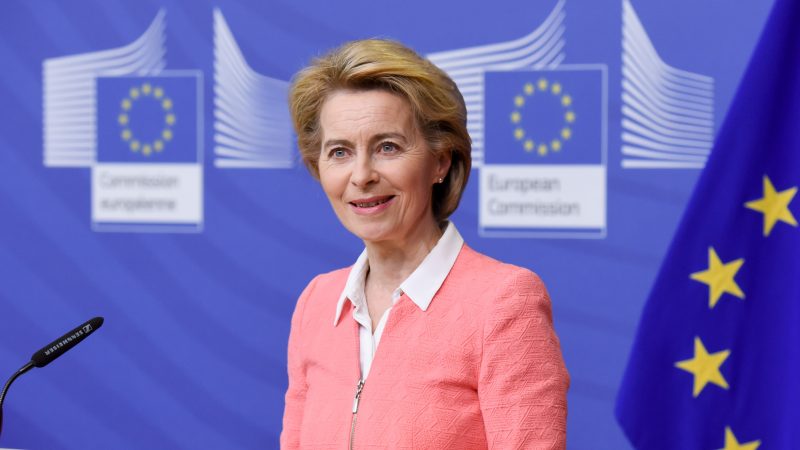 Europe needs a “systematic approach” to meet the climate targets in the Green Deal and create a “fair and prosperous society”, said European Commission President Ursula von der Leyen, in the foreword of a new report on how to achieve the new goals.

“Europe has the potential to emerge from the current crisis to become a fairer, more prosperous, more sustainable and more resilient society,” von der Leyen wrote, adding that the green and digital transitions “will shape the social, economic, and ecological architecture of the continent for decades to come”.

The report, published on Friday (23 October), by The Club of Rome and advisory firm SYSTEMIQ, lays out a vision for how Europe can achieve its carbon neutrality target by 2050 and use the recovery from COVID-19 to create “a more prosperous, sustainable and resilient” economy.

“What we really need is an overhaul in the way we produce and consume in our economy and the way we live and work,” said Kurt Vandenberghe, European Green Deal Advisor to  President von der Leyen, at a talk run by EURACTIV.

To apply the Green Deal successfully, the report calls for a transition to a more sustainable, resilient and fair model of working, with a better balance between people, planet and prosperity.

We are in a “super year” at the beginning of a “decade of change”, according to Sandrine Dixson-Declève, Co-President of the Club of Rome.

The report introduces a “System Change Compass” to roll out the Green Deal, identifying ten societal elements that need to be redefined, including political leadership, improved measurements for Green Deal targets and financial support to facilitate economic ecosystems.

This should be overseen by transparent and flexible governance, guided by science, according to report co-author Janez Potocnik, a former EU environment commissioner who is now partner at SYSTEMIQ.

“It is no longer enough to just act. We must do so quickly and together,” he added.

The report also lays out eight economic systems required for a functioning society, including energy, healthy food and consumer goods. Over 50 “champions”, or industries that drive eco-growth, support these, building a 21st century economic backbone for Europe.

Vandenberghe said the current uncertainty around climate change and the pandemic needs a direction, provided by the report.

“We know that there are vulnerabilities,” he said. “This can hurt people and companies because we are really going for deep change.”

Frans Timmermans has said that the social dimension of the Green Deal is its ‘Achilles’ Heel’ and Vandenberghe added that communities must be involved in implementing the Green Deal in a way that they can see the benefit.

There is still “hard work” to be done in the Council and Parliament, Vandenberghe said, referencing problems with passing environmental measures in the Common Agricultural Policy this week.

“[CAP] shows that politicians are not necessarily convinced that they can win elections on such a platform of systemic transformation,” Vandenberghe said, adding there needs to be a better job of explaining how such a change can help.

Potocnik said the only way to fix this is to “change the governance” and who makes the decisions, adding that “if we send this money in the wrong direction, we will not have another opportunity before 2030.”

Europe has a long way to go before it reaches its 2050 goals, both in the amount of new regulation needed to be passed and implemented and the physical state of the environment.

Adelaïde Charlier, co-founder of Youth for Climate, said the EU needs to be more ambitious and work quicker. She criticised confusion between green policies and others that support polluting industries, saying you cannot have a “budget to kill your planet and a budget to save it”.

Speaking at the close of this year’s European Green Week, von der Leyen said: “The need to act has never been clearer.”

She said Europe shouldn’t stop trying to become greener because of the pandemic and pointed out the “triple win” of protecting the climate, biodiversity and creating jobs.

“Restoration can lead to a significant creation of employment in sectors such as construction or landscaping work and natural capital investment, including restoration of carbon rich habitats and climate friendly agriculture is among the five most important fiscal recovery policies,” she said.

> Watch the full conference below: