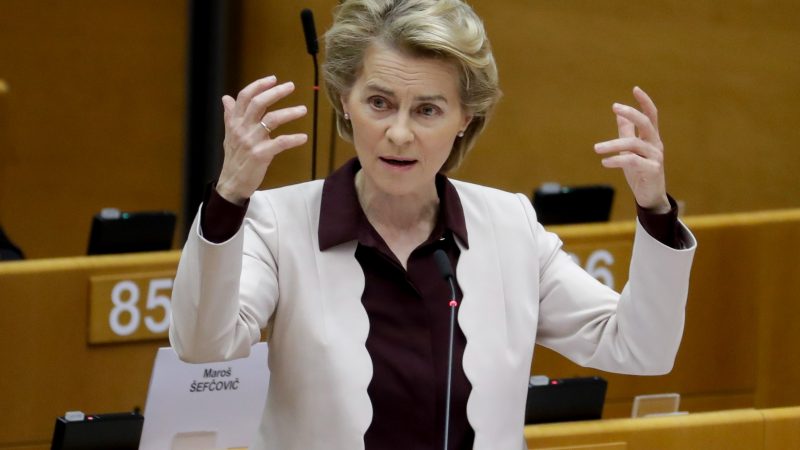 Last year Ursula von der Leyen promised to lead a 'geo-political' Commission. It's time to get real on putting that into practice, argue Nicole Koenig and Nils Redeker. [EPA-EFE/STEPHANIE LECOCQ]

The EU’s move for a 55% climate target for 2030 will be confirmed next week when Commission President Ursula von der Leyen will make the announcement in her first State of the Union address.

The move was confirmed by Peter Liese, a senior MEP who sits with German Chancellor Angela Merkel’s CDU faction.

“As you may have heard, Ursula von der Leyen is ready to present a move to 55% in a speech next week in the European Parliament,” Liese told the Ideas Festival, an online event which took place on Tuesday (8 September).

Importantly, according to Liese, the Commission proposal will not be conditional on other countries or regions signing up to higher climate targets as well.

In previous statements, the EPP insisted it was ready to back a 50% emission target for 2030 but would not go further without a thorough cost-benefit analysis and comparable commitments from other big polluters such as the US and China.

But Liese said the EPP was now ready to back a 55% target, regardless of what other countries do.

“Obviously, the impact assessment indicates that it’s economically feasible,” Liese said referring to a cost-benefit analysis that the Commission will present together with its 2030 proposal.

“Shift of sentiment” in the EPP

Earlier this week, a majority of EPP lawmakers already voted in favour of the 55% goal in the Parliament’s industry committee, Liese said, signalling a change of heart in the EU’s centre-right party.

Von der Leyen herself hails from the EPP and received Merkel’s blessing to pursue a bolder climate agenda before getting the nomination to be Germany’s candidate for the European Commission.

“There is a shift of sentiment inside the EPP group,” said an insider party source who spoke to EURACTIV on condition of anonymity. “Certainly the tone has changed a lot,” the source said, referring in particular to the party’s German delegation, which has traditionally adopted a cautious stance on climate policy, stressing the economic costs of reducing greenhouse gas emissions for the country’s industry.

“Many Germans who were reluctant now see this as an opportunity,” the source added, saying the wake-up call for the Germans was the results of the European election last year where the Greens made big gains.

With the Commission and the EPP now siding with the 55% goal, attention is now shifting to what other parties will do. In the European Parliament, Socialists and Democrats (S&D), together with the Greens, are supporting a 65% target. The centrist Renew Europe group, for its part, is backing a 60% objective, party sources told EURACTIV.

But Liese said going beyond 55% would not be reasonable. “I think this is challenging,” Liese said underlining that no other major economy was going that far. “It will not only bring opportunities, it will also bring a lot of efforts from many parts of industry as well as citizens.”

“But it’s doable if we take the right steps,” he said. 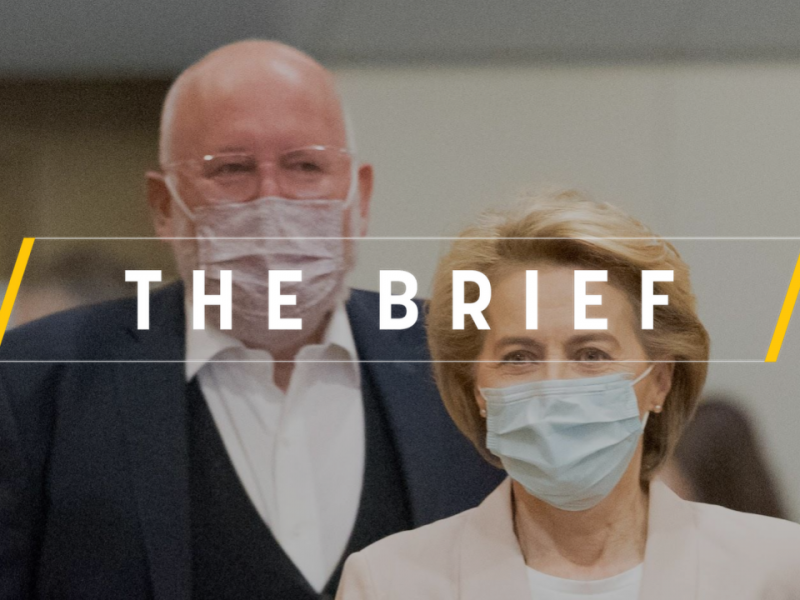