The D10 marine turbine being plunged into the deep.

“Nobody has passed through Fromveur here without knowing fear”. According to the saying, Fromveur passage’s strong current is well known to sailors in Britanny’s Finistère département.

This location to the north of the Iroise sea, between Molène Island and Ouessant Island, was chosen as the site where Sabella’s D10 marine turbine would be submerged. In this passage, the speed of the current reaches 3 to 4 metres per second.

Submerged on 16 October 2018, the machine has started to generate electricity, somewhat reducing the small island’s quite heavy carbon footprint.

Currently, the majority of its electricity is produced by generators, which consume almost 2,000,000 litres of fuel a year. The isolated islands often produce higher than average carbon emissions and are more sensitive to price fluctuations.

“It’s a sustainable energy model where the predictability of the marine currents and the turbine resource has a major advantage: a secure, inexhaustible and economically highly competitive source,” said Jean François Daviau, CEO of Sabella.

“In Ouessant, we will soon have to stick tide charts onto our washing machines,” joked Ouessant’s mayor Denis Palluel, who would like to free his island of fossil fuels. “We want to pave the way towards a complete energy transition in order to considerably de-carbonise the island, turning Ouessant into a showcase for French technologies.”

In 2021, two additional marine turbines will be established. The three islands off the coast of Finistère (Ouessant, Molène and Sein), which will not be connected to the continent’s power grid, have the objective of generating 100% renewable energy by 2030.

Akuo Energy intends to supplement its marine turbines with the installation of wind turbines and solar panels. This is part of its ambition for the islands to be energy self-sufficient.

Decentralisation is the key to energy success and development, Søren Hermansen said in an exclusive interview with EURACTIV. Instead of focusing on Putin’s gas, the EU should create its own independent energy grid, including the national feed-in tariffs the Energy Union project opposes, he said.

The development of the D10 marine turbine was supported by the Intelligent Community Energy project (ICE) in a partnership between the Brittany region and the British counties of Devon, Hampshire and Norfolk.

Two pilot sites have emerged in Ouessant and at the University of East Anglia’s campus. Up to 67% co-financed by the Interreg programme of European Regional Development Fund (ERDF), the ICE project wants to meet the challenge of the ecological transition by establishing a low-carbon energy system (Smart Grid). This system will cover the whole of the energy cycle, from production to consumption.

The companies Sabella and Akuo Energy have received “ICE certification.” A whole network of businesses, mainly small and medium-sized enterprises, have been certified for their skills and expertise in providing products and services for energy issues specifically related to the isolated territories in the English Channel.

“The ICE project is of great interest at the local level but, beyond this, it’s an internationally significant project,” stated Pierre Karleskind, vice-president of the Brittany region and delegate for the sea and ports.

“A large number of archipelagos, such as Indonesia, are following the project very closely. It opens up major opportunities for our industries to export European know-how,” he added. 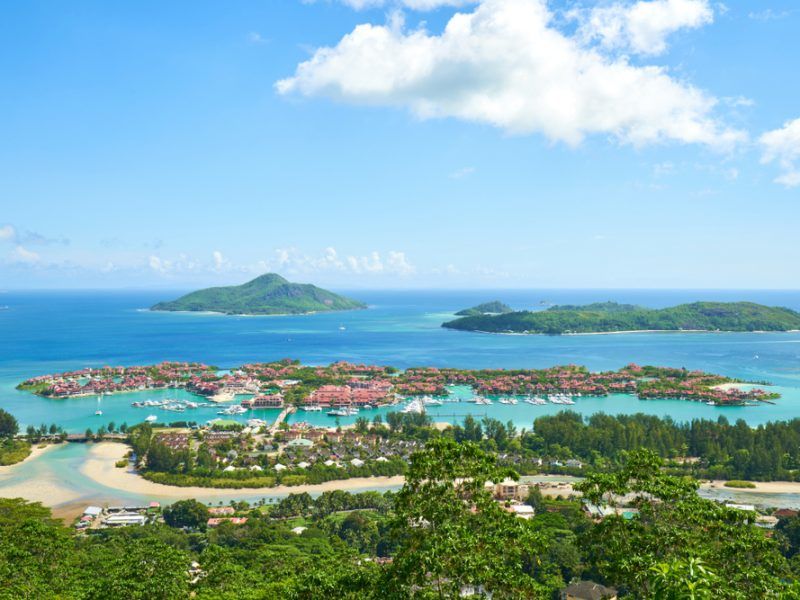 For the first time, a state – Seychelles – has issued a 'Blue Bond', which will finance the protection of marine ecosystems and the development of sustainable fishing. EURACTIV France’s media partner, the Journal de l’environnement reports.