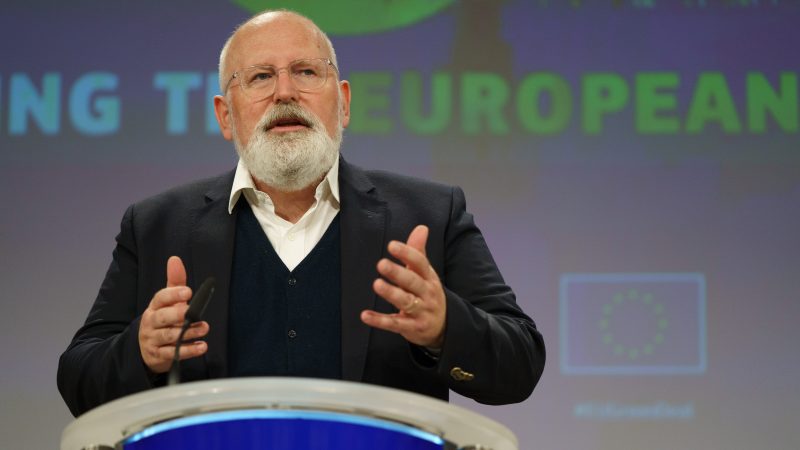 EU climate chief, Frans Timmermans, has said he wants to see energy poverty eradicated by 2030, but some are worried the Commission's proposals could make it worse [Christophe Licoppe / EC Audiovisual Service]

The EU executive’s proposal came as part of a July package of climate legislation and was sold as a way to ensure the most vulnerable households are included in the green transition.

But the fund has been criticised for falling short of what’s needed to support the poorest European households. And the money is expected to come from a separate proposal to introduce a carbon market for road transport and buildings, which critics say risks fuelling energy poverty.

According to the Jacques Delors Institute, a think-tank, this second Emissions Trading Scheme for transport and heating fuels risks worsening the social challenges associated with the energy transition.

The higher energy bills created by the carbon price could have significant social consequences for European families in return for only limited decarbonisation benefits, the think tank warns in a paper written by researcher Camille Defard.

She argues that “the Social Climate Fund as currently proposed will not be enough to mitigate the negative and unfair effects of the ETS II on Europeans, leading to a high risk of social unrest”.

The European Parliament and EU countries, who are currently debating the legislation, should “bury” the proposal, according to Defard.

Speaking to EURACTIV, she said the European Commission should decouple the social climate fund from the second ETS in order to avoid compensating for the price increase. Instead, the fund should use additional revenues from the original ETS, which were far higher than expected this year, she argued.

The proposed fund is something environmental organisations like Friends of the Earth have been campaigning for, but the proposed funding mechanism tied to the second ETS has made them hesitant to support it.

“The Commission has made it very hard for us to support and be behind them on this because they have put the social climate fund as a kind of add-on measure to push through a very regressive climate policy,” said Martha Myers from Friends of the Earth

“It [risks] millions of Europeans entering into energy poverty and experiencing energy rationing, which is exactly what we don’t need going into the last half of this decade,” she told EURACTIV.

Similar criticism has come from EU countries, like Poland, whose opposition to the idea has only strengthened since the energy price crisis hit European consumers in the Autumn.

“We are already observing a very worrying situation regarding rising energy prices and the Commission’s proposals may significantly worsen the situation,” said the Polish climate and environment minister, Adam Guibourgé-Czetwertyński at a ministerial meeting in October.

The creation of a separate ETS for transport and heating for buildings “could lead to a further significant increase in the prices of energy, especially in countries where a high percent of households rely on coal-fired boilers”, warned Guibourgé-Czetwertyński. 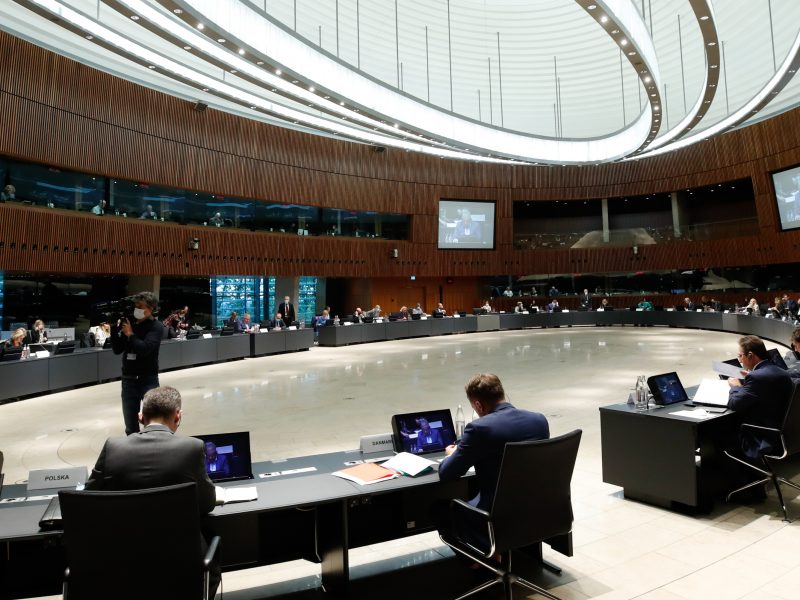 But the European Commission has made it clear that the social climate fund will remain connected to the ETS.

“No ETS, no social climate funds, so then we will have to look for other ways to help our citizens,” warned the EU’s climate chief, Frans Timmermans.

The European Commission maintains that the social climate fund will help, even if it remains attached to the new ETS.

Asked by EURACTIV about the concerns, a Commission spokesperson said: “The Commission realises that the transition towards a climate neutral economy may impact different regions and groups differently. Therefore, fairness and solidarity are key principles of the European Green Deal.”

“Through the new Social Climate Fund, the Commission will provide €72.2 billion in current prices for the period 2025-2032 in the EU budget, using in principle 25% of the additional revenues from the ETS extension. The proposal is to combine this with national contributions of at least 50%. This would allow the Fund to mobilise €144.4 billion for a socially fair transition,” they explained.

Too little, too late

But the amount of money available is also the subject of criticism. Even leaving out the controversial connection to the second ETS, the social climate fund will come too late and will not provide enough money to end energy poverty in Europe, according to Cornelia Ernst, a German member of the European Parliament for the Left.

“We see a big problem – a €72 billion Social Climate Fund over seven years, starting in 2025. This is really very, very conservative. We think we need an earlier start and we think the money is not [enough],” Ernst told EURACTIV.

The European Parliament should push for an earlier implementation of the fund, she insisted.

Defard also warns about the funding coming late, saying protection for vulnerable families will only happen at the “eleventh hour”.

There is also concern that the fund is just not large enough to alleviate the impact of the second ETS and provide money for building renovation programmes or green mobility solutions.

According to a European Commission spokesperson, “The fund will enable member states to provide direct income support to vulnerable low and middle-income households, transport users, and micro-enterprises as well as support green investments, including investments into energy efficiency and renovations of buildings, clean heating and cooling, and integrate renewable energy, and access to zero- and low- emission mobility.”

However, many are convinced the fund will fall short of that.

“Even if we’re just looking into renovation costs, it’s not even going to scratch the surface of what this fund has to deliver on. And that’s before we get into obviously addressing the upfront of Community Energy ownership, renewables access, heat pumps. And finally, of course, green transport, which is itself a hugely expensive infrastructure change,” said Myers.

One response to “Europe’s social climate fund too small to make a difference, critics say”