"I have lived through industrial transitions, it lasts a generation, 25 years," the European Commissioner for Internal Market and Services warned, while specifying that in a few weeks time he would present "a real industrial vision that the European Union lacked". EPA-EFE/STEPHANIE LECOCQ

The EU’s internal market commissioner, Thierry Breton, suggests tapping into the ECB’s “easy money” and issuing long-term bonds of up to 50 years in order to unlock the €1,000 billion needed to finance the European Green Deal. EURACTIV France reports.

During a visit in Paris on Monday (20 January), Thierry Breton spoke of unlocking non-conventional sources of financing to support the Green Deal, with help from the European Central Bank (ECB).

France’s EU Commissioner for the Internal Market said he intends to look into the European Green Deal particularly from an industrial and financial perspective.

But he warned against pushing for quick fixes to the climate crisis, saying the energy transition was a marathon, not a sprint. “The transition cannot be done in one day, even in Paris,” said Jacques Chirac’s former economy minister.

“I have been through industrial transitions – it lasts a generation, 25 years,” he cautioned, saying he would present “a real industrial vision that the European Union lacked” in a few week’s time.

ECB quantitative easing to the rescue

Appointed only six weeks ago, the former CEO of French digital and consulting firm Atos has started reflecting on how to finance the energy transition. He recognises that the financing needs, which the Commission estimates at €1 trillion over the next 10 years, are very ambitious.

To unlock funding of such magnitude, Breton suggests starting with the creation of very long-term bonds, “of 20, 30 or even 50 years, which would make it possible to take advantage of low or even negative interest rates”. According to him, these would be the most appropriate tools to finance the ecological transition.

“We are going to discuss this with the ECB, which is looking for tools to invest in as part of its quantitative easing policy,” he said, adding that he had already started working on the subject since with his Italian colleague Paolo Gentiloni, the EU Commissioner for Economic and Financial Affairs.

“The mechanism could be de-consolidated at the level of debt,” Breton explained, saying this would allow green investments to be removed from the EU’s deficit calculation, because debt is initially issued by the member states. 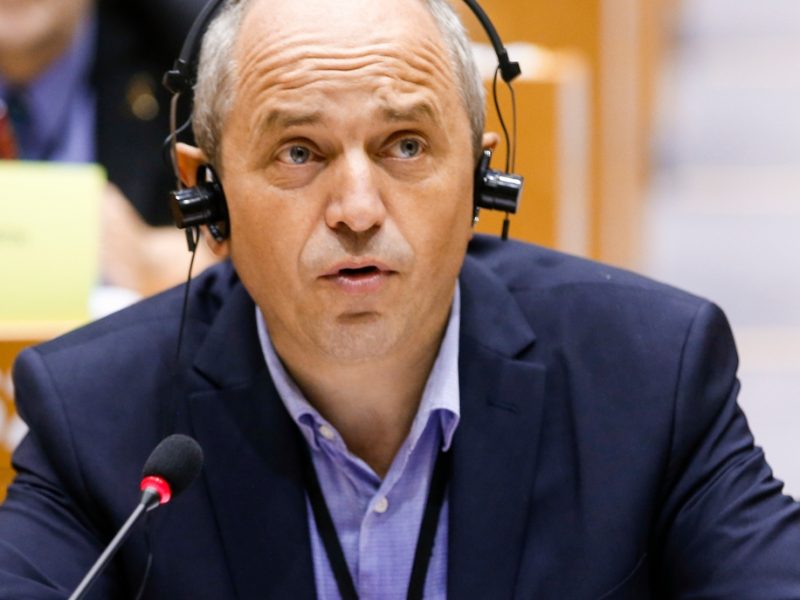 The second part of Breton’s ideas for non-conventional finance is based on the Border Carbon Adjustment Mechanism, also known as the carbon border tax.

The resources from this tax, which would apply to products from countries and regions that do not put a price on carbon emissions, will also be used to finance the transition.

“Our companies must not be penalised by unfair competition. In this chain of transition, we must not see our competitiveness collapse,” the Internal Market Commissioner said.

Regarding own resources for the EU budget, Breton will meet US President Donald Trump in Davos, alongside Commission President Ursula von der Leyen. During that meeting, he intends to bring up the issue of the digital tax on the likes of Google, Amazon, Facebook and Amazon.

“This reflection will come to an end,” he said without specifying how.