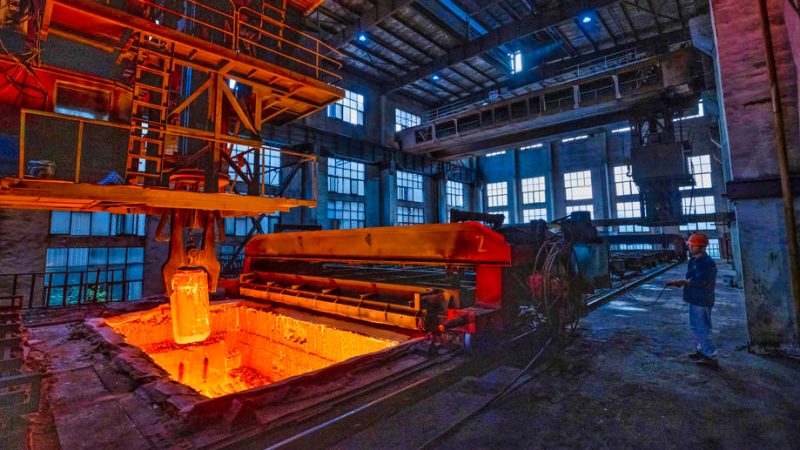 The carbon border adjustment mechanism (CBAM) was tabled by the European Commission this month as a CO2 tariff on polluting goods to protect European companies facing higher carbon prices and decarbonisation costs.

Coming into force from 2026, it will mean some companies importing into the European Union will have to pay pollution costs at the border on carbon-intensive products, such as steel.

But it has always been a controversial measure with Europe’s trade partners because it brushes against World Trade Organisation (WTO) rules.

“CBAM is essentially a unilateral measure to extend the climate change issue to the trade sector,” said Liu Youbin, a spokesman of the Ministry of Ecology and Environment at a media briefing.

“It violates WTO principles … and (will) seriously undermine mutual trust in the global community and the prospects for economic growth,” he said.

He reiterated China’s stance that each country’s response to climate change should take into account its level of economic development and said that the CO2 tariff would severely harm the willingness and capability of countries to tackle the problem.

As the world’s top manufacturer of industrial raw materials, such as steel and cement, China could suffer the most from the border tariff scheme, researchers at Tsinghua University’s Centre for Industrial Development and Environmental Governance said in a paper published in May.

However, they said the impact would fade over time and there was no evidence the tariff would have a long-term adverse impact on China’s development.

Others have said that China will be less impacted and that the burden will fall more on the European neighbourhood.

“Most of the sectors we’re talking about China has very little trade in, but Russia has a lot of trade, particularly in cross border electricity, but also in aluminium and fertiliser,” said Nick Mabey, chief executive at E3G, a climate think tank in April ahead of the publication of the proposal that included all of these sectors in the first phase of the roll out.

China also recently launched its own emissions trading scheme, similar to the EU’s cap and trade system, which puts a price on emitting carbon. This will help compare the difference in the carbon price between the two trading partners.

Since it was launched on 16 July, the long-awaited scheme has recorded trading volumes of 4.83 million tonnes, at an average price of 51.7 yuan (€6.8) per tonne. That compares with an average of more than €50 in the EU’s carbon market.

The border tax could encourage China to base carbon prices in its national emissions trading scheme on EU benchmark prices, Guotai Junan Futures said in a note.

Similarly, a recent push by US Democratic lawmakers could also see the eventual creation of a US carbon border levy that would double pressure on China to decarbonise.