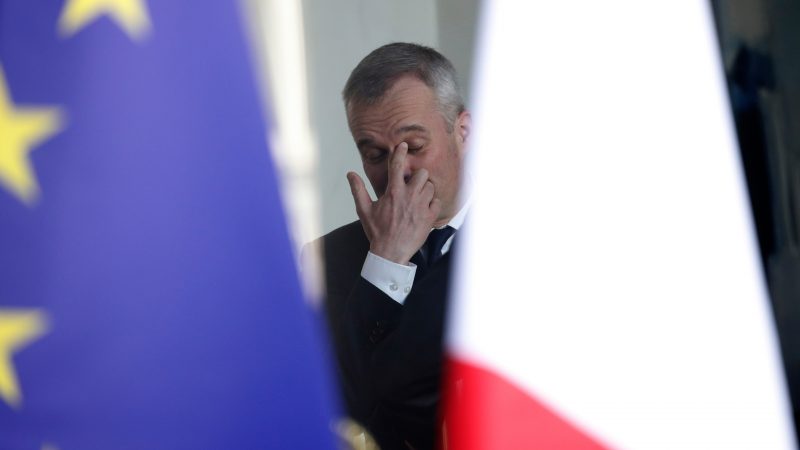 Francois de Rugy presented his resignation to the French Prime Minister on 16 July 2019, following a controversy about the alleged misuse of public funds. [EPA-EFE/YOAN VALAT]

France’s environment minister resigned on Tuesday (16 July) following a week of reports by an investigative website about his high spending on private lobster dinners and costly renovations of his ministerial residence.

In a posting on his Facebook page, François de Rugy said he had handed his resignation to Prime Minister Edouard Philippe because the “effort required to fight the accusations” was undermining his ability to do his job.

De Rugy has denied all wrongdoing, but the reports have made it hard for him to continue a series of key reforms, including the restructuring of indebted state utility EDF.

The scandal has also reinforced criticism of President Emmanuel Macron’s government as being elitist, as it struggles to end months of “yellow vests” protests, which marred the traditional Bastille Day parade on Sunday.

De Rugy said he had filed a criminal complaint against the investigative website, Mediapart, over its reporting.

“Since the start of last week, Mediapart has attacked me on the basis of stolen photos, rumours, half-truths and things that have nothing to do with my job,” he wrote.

“Given Mediapart’s untruths, I have this morning filed a criminal complaint for defamation.”

The Elysée Palace said Macron had accepted the resignation of de Rugy, a former speaker of parliament who ranks as number two in his centrist government.

“It is a personal decision, which (the president) respects, so that he can fully focus on his defence,” a source said. 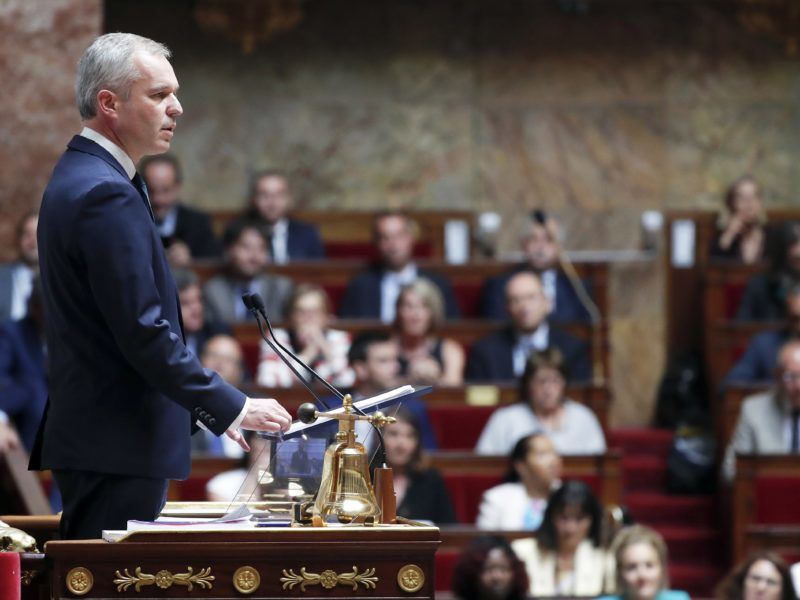 With the appointment of François de Rugy as minister of ecological transition, the French government has not moved an inch from its course despite a plunge in President Macron’s popularity and calls for changes from environmental experts. EURACTIV France reports.

‘Ministry of the impossible’

Mediapart reported last week that de Rugy hosted lavish dinners at his official residence while he was speaker of parliament in 2017-18. The events, the website said, were mostly for friends and partly organised by his journalist wife.

Mediapart published photos from one event showing plates of lobster and expensive wines and champagne from the French parliament wine cellar, with the taxpayer covering the bill.

In his Facebook post, de Rugy said these and other allegations made by Mediapart were untrue and said they amounted to a “media lynching”.

On Tuesday, Mediapart also reported that de Rugy had used his parliamentary expense account to pay part of his contributions to his Europe Écologie-Les Verts green party in 2013 and 2014. De Rugy did not immediately comment on that claim.

De Rugy, 45, was appointed in September 2018 to succeed Nicolas Hulot, an environmental campaigner who himself had resigned because he did not feel Macron was sufficiently committed to his ecology programme.

With the Green Party gaining ground in the European Parliament election in May and the French government criticised for going slow on fighting pollution, Macron needs someone with strong green credentials to replace de Rugy.

The environment ministry is one of France’s most sensitive posts as powerful lobbies of the nuclear, automotive and agriculture sectors limit its ability to introduce reforms.

De Rugy was France’s 14th environment minister in the last 20 years, underlining the challenges. One of his predecessors, Robert Poujade, once called it “the ministry of the impossible”.