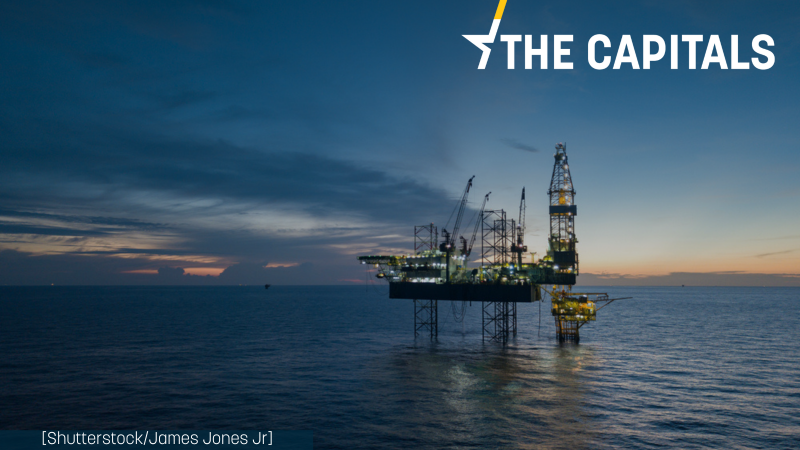 While the European Commission has shared three main ways to reduce Russian energy dependency – energy savings, renewables and diversification – many countries opted for their methods, including the revival of fossil fuel projects.  [Shutterstock/James Jones Jr]

Besides diversification, saving energy, or pushing for renewables, some countries have opted to expand existing gas drilling sites or exploit unused reserves as the EU prepares to end its dependency on Russian gas.

While the European Commission has shared three main ways to reduce Russian energy dependency – energy savings, renewables and diversification – many countries opted for their methods, including the revival of fossil fuel projects.

Commission President Ursula von der Leyen recently warned EU member states not to backtrack on their long-term drive to cut fossil fuel use as a handful of nations turned to coal following a decision by Russia to limit their gas supplies.

Other countries decided to speed up or expand gas drilling initiatives, and some U-turned on previous decisions against drilling.

One example is the joint Dutch-German North Sea drilling operation. The project has been planned for some time now, but the German state of Lower Saxony government decided against issuing permits. The Dutch Ministry recently announced that Lower Saxony “is now making a different decision because of the war in Ukraine,” and drilling is set to begin in 2024.

The push for the expansion of gas drilling activity is also happening in Italy. The country produces around 3.3 billion cubic metres of gas annually, and the government estimates there are reserves of 70-90 billion cubic metres in Italian subsoil. However, reserves are currently locked by law, and gas cannot be extracted.

In February, in response to the energy crisis and rising energy bills, Italian Prime Minister Mario Draghi’s government started reasoning on the hypothesis of doubling extraction.

The war in Ukraine has accelerated the discussion on the country’s energy strategy to exploit its resources. After Gazprom cut supplies to Italy, Ecological Transition Minister Roberto Cingolani opened up to a review of drilling activity, calling it a “mistake to have gone from 20% domestic gas in 2000 to 3-4% in 2020.”

Romania is the biggest oil producer among EU member states and also has proven offshore gas reserves. Until April, these reserves have been locked. The governing coalition, however, agreed to change the offshore law and allowed investors to exploit the reserves.

Norway has traditionally been the second most important gas supplier for the EU. After the invasion of Ukraine, Norway vowed to help the EU reduce its dependency on Russian gas. To replace Russian gas, the Norwegian government authorised an increase in production, which was met with strong disapproval from the left-wing opposition, warning of the lock-in of investments in the fossil fuel projects.

Plans for gas drilling projects are popping up not only in big countries with a tradition of drilling but also in smaller ones. Slovakia is one of the most gasified countries in the EU, with 5 billion cubic metres consumed annually. A few years ago, a gas deposit was discovered, which could cover about 10% of domestic consumption, according to estimates.

In the past, drilling has been strongly opposed by environmentalists who argued that the project was harmful and unnecessary. War has changed that, and the project is back on the table. According to investors, drilling could start in two years if everything goes as planned. Government officials have not ruled the project out.

Albania currently does not consume, produce, or import any gas. It does, however, hold reserves, and the government is pushing for gasification both in production and energy use with several extraction projects due to start as well as LNG floating terminals off the southern coast.

Despite these initiatives, not all countries chose to exploit their gas reserves. Bulgaria has an estimated 480 billion cubic metres of shale, but current legislation prevents exploitation, and the government has no plans to change the status quo.

France has a significant potential for offshore and on-shore reserves, but as in Bulgaria or Italy, the law prohibits granting new permits. With the notable exception of MP David Habib, who pleads for the reopening of gas fields in Alsace, there is no push to change the situation.