Two weeks ago, the EU’s 28 national representatives voted to reinstate nuclear power as a clean source of energy under a proposed green finance classification scheme currently under discussion at EU level.

The vote caused consternation in Austria, Germany, and Luxembourg, which had earlier issued a joint statement to oppose the inclusion of nuclear in the EU’s sustainable finance taxonomy.

Now, gas industry executives are also lining up to claim their place in the sun.

The EU’s green finance taxonomy “suffers from teething problems which urgently need to be corrected,” says Didier Holleaux, executive vice-president in charge of gas at ENGIE, the French energy company.

“The most illustrative example is coal-fired power plants,” Holleaux said, making the point that converting those plants to natural gas today can considerably reduce their carbon footprint in the short term, even though other technologies will be needed in the future to bring emissions down to zero.

“I’m not saying that natural gas is green,” Holleaux said. “But I do hold the view that replacing an old very polluting installation with a new natural gas one is green. And I think replacing a diesel truck with an LNG truck is green,” he told EURACTIV.

Holleaux’s comment touches upon a central question in the energy transition – whether a clean break from fossil fuels is at all possible and whether “bridge fuels” like gas should be promoted in the transition to a 100% renewable energy system.

“I recognise it’s not easy. But if the taxonomy does not take this into account, it risks becoming counterproductive” and push some industries to stick with coal, Holleaux warned. Indeed, renewable electricity is “totally out of price” and unsuitable for process industries such as cement or steelmaking, which need high-temperature heat for their manufacturing processes, he said.

“We arrive at solutions where, basically, we would end up being forced to generate heat with renewable electricity,” Holleaux pointed out, saying “this is not the best way to use electricity.”

What’s green and what’s not

The EU Taxonomy is a draft list of economic activities that is currently being drawn up at European level in order to channel private investments into clean technologies.

Annual investments in the range of €175 to €290 billion a year will be needed to move to a zero-carbon economy by 2050, according to the EU’s Technical Expert Group on Sustainable Finance, appointed by the European Commission last year to produce a first draft of the taxonomy.

The taxonomy will provide investors, pension funds and private equity firms with “a common definition of what is green and what is not” in order to channel more capital into sustainable businesses and prevent “green-washing,” the European Commission said last year when it tabled the proposed new taxonomy regulation.

To qualify, an economic activity needs to make “a significant contribution to at least one” of six pre-defined environmental objectives, such as climate change mitigation or adaptation, water preservation, pollution prevention, and recycling. In addition, any technology automatically disqualifies if it does “significant harm” to any one of the other environmental objectives.

However, Holleaux argues that an economic activity cannot be defined as green “in absolute terms” but only in relation to a starting point, which varies depending on the local circumstances and geography.

“Unfortunately, reality is more complex,” Holleaux said, warning against the “perverse effect” of aiming for 100% renewable electricity immediately. “A lot more nuance is required” in the EU taxonomy, otherwise some heavy-polluting industries will be rewarded for sticking to coal, he insisted.

Environmental groups, for their part, have called on policymakers to promote only “fully sustainable economic activities” in the EU taxonomy and exclude everything else – starting with fossil gas and nuclear power.

In a joint statement, a coalition of green NGOs called for natural gas to be entirely excluded from the taxonomy, saying the current emission threshold identified by the Commission’s Technical Expert Group (TEG) should be lowered in order to exclude gas with Carbon Capture and Storage (CCS).

“More generally for the power sector, we recommend reducing the Emissions Performance Standard from 100gCO2/kWh to eg 50gCO2/kWh,” the coalition said in a joint statement, a threshold that would de facto exclude gas with CCS.

Moreover, the European Investment Bank has recently announced the exclusion of fossil fuels from its draft energy lending policy, with some exceptions, the NGOs said. “The taxonomy should continue on this trajectory and exclude fossil fuels completely.”

Room for compromise on biogas

Activists also argued that biogas should be excluded too when used in transport, because vehicles running on biomethane can equally run on fossil gas, with no way of verifying what type of fuel actually went into the tank. Meanwhile, other technologies such as hydropower and bioenergy for power and heat should only be approved based on stricter and simpler criteria, they said.

That said, environmental campaigners do not close the door entirely on biogas and other types of low-carbon gases – provided they can demonstrate their worth.

“There are all kinds of so-called green or decarbonated gases,” said Sébastien Godinot, an economist at the WWF’s EU policy office. “To us, the only one that seems to hold water is green hydrogen because it is 100% produced from renewable electricity,” he told EURACTIV.

However, he expressed doubts that green hydrogen can ever be produced in the volumes necessary to reach a significant share of the EU energy mix. “Production remains very expensive and the sector is not expected to develop significantly until 2030,” he said.

Turning to biogas and agro-fuels in general, Godinot expressed “a great deal of concern” about their potential impact on land use, in particular when energy crops are grown specifically for burning in power plants. To prevent carbon emissions from land-use changes, he also called for “a much stricter approach, with traceability from A to Z to avoid mixing green gas with fossil gas.”

“Our position is not to close the door completely to bioenergy, but to ensure traceability across all sectors, and to be able to verify carbon emissions over the entire life cycle – which requires much more stringent criteria, especially in the green taxonomy developed by the Commission’s Technical Expert Group,” Godinot said.

At ENGIE, Didier Holleaux doesn’t object to stricter monitoring for green gases. But he believes the CO2 emission thresholds set by the Technical Experts Group are too stringent when it comes to heat and electricity production and would de facto exclude most biogas currently produced in Europe.

Biogas is of strategic importance to ENGIE. The French government set an objective of injecting 10% of biomethane into the country’s gas network by 2030, similar to what Denmark is already doing. And ENGIE wants to bring this up to 100% by 2050, adding other low-carbon gases to the mix, such as hydrogen.

Alignment with other EU laws

More fundamentally, Holleaux said the green finance taxonomy should be aligned with other EU legislation, in particular, the recently updated Renewable Energy Directive, which does list bioenergy and biogas among eligible sources of renewables, alongside solar and wind power.

To Holleaux, the fact that the draft taxonomy is not fully consistent with the renewables directive is simply “intolerable”.

“That an expert panel mandated by a Commission financial regulatory body feels authorised to deliberately set criteria that are different from those listed in the EU’s renewable directive … This is quite ludicrous!” he said.

According to Holleaux, the very composition of the Technical Expert Group is questionable and probably explains those inconsistencies.

“We were astonished to see that it is largely dominated by financiers. A few electricians were added, and that’s it,” he said, adding the group has “no mandate” and “no particular legitimacy” to divert from the EU renewables directive, which has only been recently updated.

“This is making a mockery of the EU decision-making process,” Holleaux fumed.

For instance, it says cogeneration, where electricity and heat are produced simultaneously, “should be considered an environmental sustainability criterion,” in line with the Energy Efficiency Directive.

And natural gas vehicles compatible with renewable gas “should receive equivalent treatment in the taxonomy,” in line with the Alternative Fuels Infrastructure Directive and the latest version of the Clean Vehicle Directive, Gas Naturally said in a statement.

Following EU countries’ decision to reintroduce nuclear into the draft taxonomy, legislators are now expected to sit down and agree a final version of the regulation during so-called ‘trilogue’ talks between national representatives and the European Parliament, with assistance from the European Commission.

But Godinot is now less optimistic about the outcome: “Unfortunately, when looking at the nuclear debate, we have every reason to be concerned about the interference of lobbying and political considerations” in discussions over the taxonomy, he told EURACTIV.

Instead of political considerations, policymakers should base their decisions solely on “scientific criteria related to pollution and climate impact,” Godinot said, denouncing the industry’s attempts at “greenwashing”. 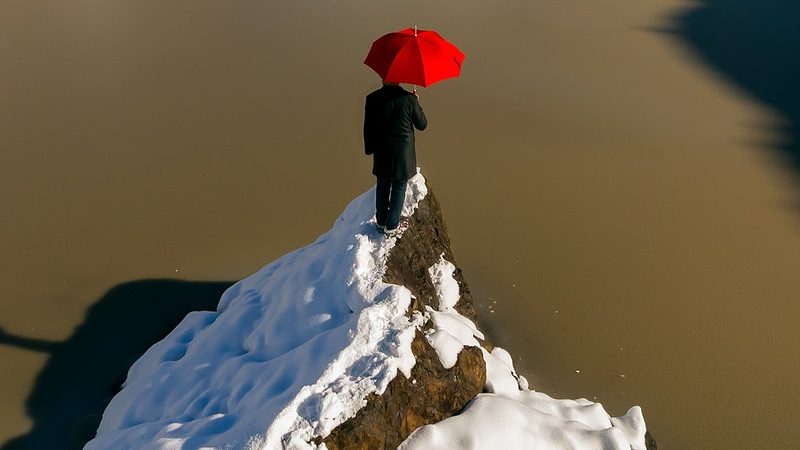