A German court stripped anti-globalisation association ATTAC of its charity status last January. Environmental groups now fear they could be next because they are politically active, EURACTIV Germany reports.

In January, the German Fiscal Court (Bundesfinanzhof) took a decision that could have wider repercussions for civil society organisations in the country. In a ruling, it stripped the Association for the Taxation of Financial Transactions and for Citizens’ Action (ATTAC), of its charity status.

Since then, many associations and NGOs have been anxious and fear they will be next in line.

Among these is the German environmental association Deutsche Umwelthilfe. This organisation has been causing political turmoil, particularly in the Christian Democratic Union (CDU), because of its legal actions against excessive CO2 emissions.

During a press conference in Berlin, representatives of four large associations said: “We are engaged for the common good and are therefore uncomfortable. When we fight for adopted laws to be appropriately executed and take legal action before a Court, we cannot become the scapegoat of political failings,” said Hubert Weiger, head of the German conservation organisation BUND.

Michael Müller from the German branch of the international movement Friends of Nature, referred to a “societal obligation” and an “attack on civil society as a whole” when discussing government requests to pursue politically active charitable organisations. 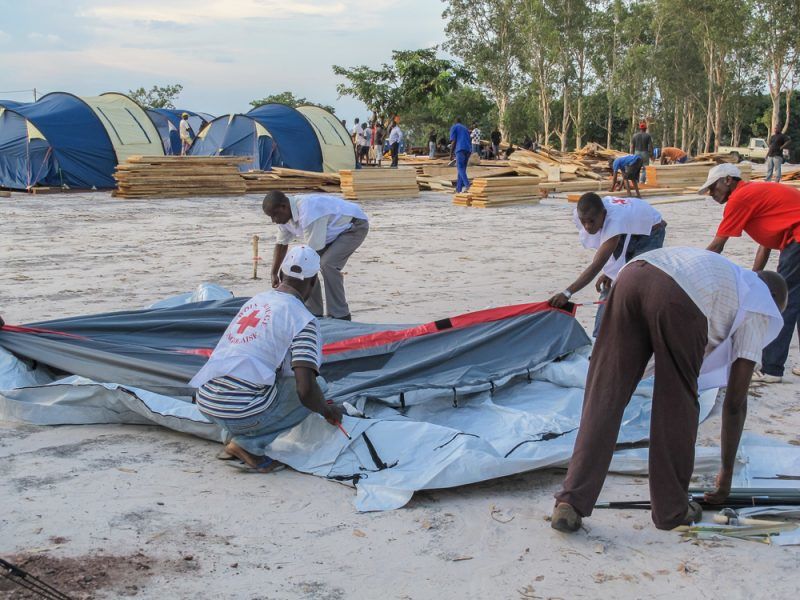 The EU delegates 1.7% of its budget to NGOs, while no common definition exists in Europe. This is a shortcoming which complicates the monitoring of projects. EURACTIV France reports.

Charitable status can apply to a wide variety of associations, ranging from consumer protection organisations, political NGOs, environmental agencies, or a carnival club. What makes the status particularly attractive is that taxes on donations can be written off. It is  for this reason that the status is verified by the tax office every three years.

The main condition to obtain charitable status is that the formulated objective of the organisation needs to correspond to one of the 25 statutory purposes defined in the German tax code. For example, this could be the promotion of culture, science, art or the environment. The latter clearly affects the German environmental organisation Deutsche Umwelthilfe. The organisation can therefore act politically and exercise its right to take legal action, as long as their efforts benefit environmental protection.

The case of ATTAC is different according to the German Federal Fiscal Court because the organisation pursues political goals that deviate from the German tax code. ATTAC is not allowed to perform educational work that is politically biased if it wants to benefit from the charitable status, the Fiscal Court said. This is the task of political parties who have been mandated by the nation, it insisted.

“I understand the sceptical decision by the Federal Fiscal Court,” said Thomas Eigenthaler, Federal Chairman of the German tax union. While parties need to regularly present statements of accounts, in which they present their financial flows and donations, this does not apply to charitable organisations, he pointed out.

It would therefore be unfair if an NGO were to benefit from the status even though it follows the same objectives as a political party, he said. “With regard to charities there is no control mechanisms, one does not know where donations come from and there are many tax privileges,” Eigenthaler pointed out.

He also warned against placing a system of tax privileges next to the rights of political parties because according to that logic, extremist or far-right associations would also enjoy tax exemptions.

But German NGOs see this debate on charitable status as an attempt by the German government to put civil society movements under pressure.

“The necessary transformation in the energy, agricultural and transport sectors is a painful process and we are feeling the blows,” said Florian Schöne, policy director of the German alliance for nature conservation (Deutscher Naturschutzring), an umbrella organisation that comprises over 90 organisations that are concerned with nature, animal welfare and the environment.

Many of them say the political climate surrounding environmental activism has changed in recent years. And when charities are limited in their ability to act, this raises questions. “We are asked: what is the meaning of environmental protection beyond parliamentary democracy?”

Felix Kolb, managing director of Campact, a civic movement campaigning for progressive politics, believes time has come to revise Germany’s non-profit laws. He is concerned that his organisation will also have its charitable status removed because it organises political campaigns on various political themes.

“According to the Federal Fiscal Court’s decision, foundations, associations and organisations cannot be forced to choose between educational work on political issues for citizens and tax privileges by having charitable status,” he said.

Charities are supported in their plea by the financial policy spokesperson of the German Social Democratic Party (SPD), Lothar Binding.

Following the ATTAC ruling, Binding said “charitable organisations need to be able to be politically active”. Otherwise “they would be unable to effectively pursue their charitable mission”.

“The decision of the Federal Finance Court demonstrates that the tax code’s list of charitable purposes is too restrictive,” Binding said.

Daniela Trochowski, Finance Secretary at the state of Brandenburg, also sees it that way: German non-profit laws have not kept up with societal developments. Green NGOs were in a position to advocate for environmental protection in a non-political manner twenty years ago, said Trochowski, who is from the leftist Die Linke party.

“However, environmental protection is now an issue of such high political priority that associations are unable to take action if political issues are not at the heart of their activities,” she claimed.

According to Trochowski, politicians cannot demand greater engagement from civil society and at the same time limit their scope for maneuver.