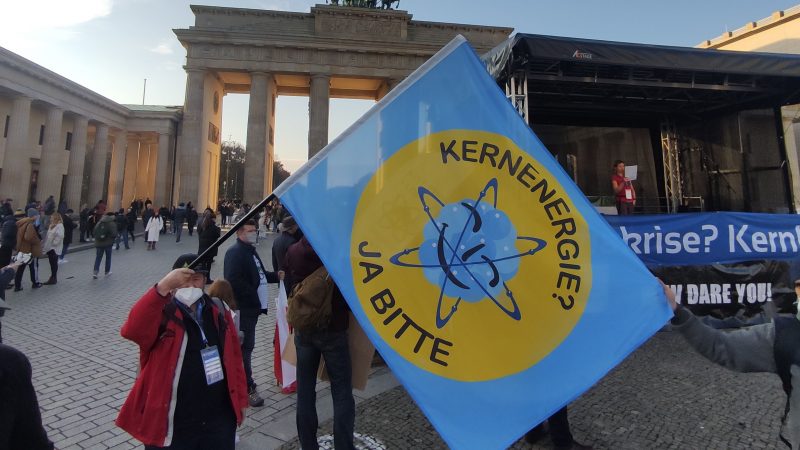 While pro-nuclear activists keep fighting, nuclear power plant operators have made their peace with the shuttering of German nuclear reactors in 2022. Image Credit: Nikolaus J. Kurmayer

With Germany set to shut down its last six reactors in 2022, a group of pro-nuclear activists made a rare appearance in Berlin over the weekend in the hope of reversing the decision. Operators, for their part, are wary of another abrupt policy change.

In 2010, the Merkel-led government decided to extend the running of Germany’s nuclear power plants until 2024 for the newer ones. But it changed course after the Fukushima disaster in 2011, and decided to speed up the country’s nuclear exit.

Three of Germany’s last six nuclear power reactors were due to be shut down in 2021, with the remaining three following in 2022.

But Germans may now be having a change of heart.

“Nearly one in three (31%) would stick with nuclear power for cheaper electricity,” found a study by Verivox, a price comparison service, after conducting a representative survey. This is an increase from 20% in 2018.

News like these embolden the pro-nuclear movement in Germany, which is now becoming more vocal.

Svenja Schulze, Germany’s caretaker environment minister, “formed an alliance with dwarves in Europe – Denmark, Austria, Luxembourg and Portugal – to work against the big countries in Europe” and oppose the inclusion of nuclear power in the EU’s green finance taxonomy, he bemoaned.

“We need Svenja Schulze to step down,” he said, as the crowd chanted “step back, step back.”

Last week, Schulze and her colleagues from four other EU countries announced they would oppose the inclusion of nuclear power in the EU’s green finance taxonomy, a set of rules designed to provide investors with a common definition of what is green and what is not, with the aim of channeling more capital into sustainable businesses. 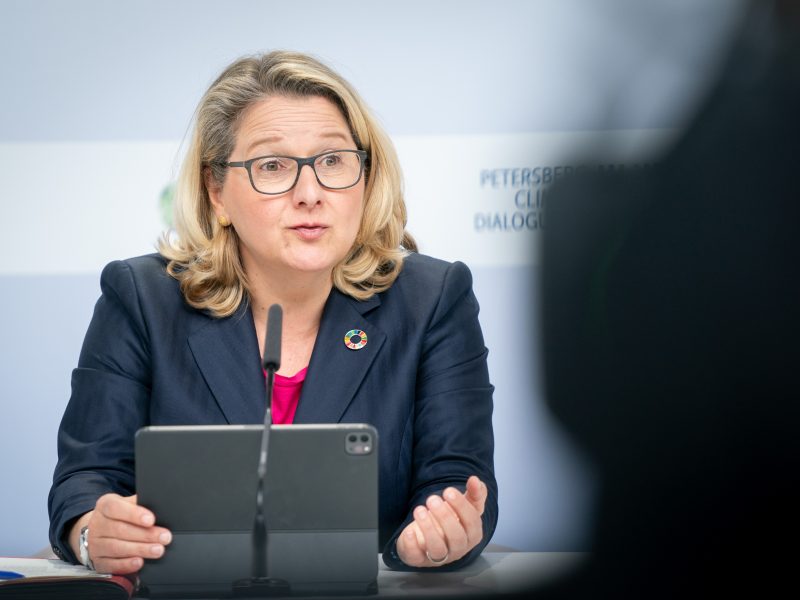 No love for nuclear in politics

Last month, a group of 25 intellectuals urged Germany to keep its nuclear reactors online, warning that dropping atomic energy would only increase the country’s carbon emissions at a time of climate emergency.

However, politicians are not receptive to the idea, Peters told EURACTIV.

Even the business-friendly liberal FDP are anti-nuclear, departing from their traditionally neutral stance when it comes to energy technologies. Keeping nuclear reactors running “would be neither profitable nor realistic in 2021,” said FDP chief Christian Lindner in an interview with FAZ.

“I take a critical view of nuclear energy in terms of regulatory policy, since it is an energy source that cannot be insured in the market, making states liable in the case of an incident,” he declared. The FDP is currently negotiating a so-called “traffic light” coalition in Berlin following the September election.

Nuclear power has long been a contentious issue in Germany, with protests blocking the construction of new power plants as early as 1975. The movement helped co-found the Greens party, which maintains close ties to anti-nuclear activists. Alongside the Liberals, the Greens are currently engaged in coalition talks.

The stark difference between climate activists and nuclear power proponents could also clearly be seen in Berlin: while climate strikes organised by the Fridays for Future movement regularly draw crowds approaching the 100,000s, “the second largest ever” pro-nuclear demonstration saw a scant 150 attendees. 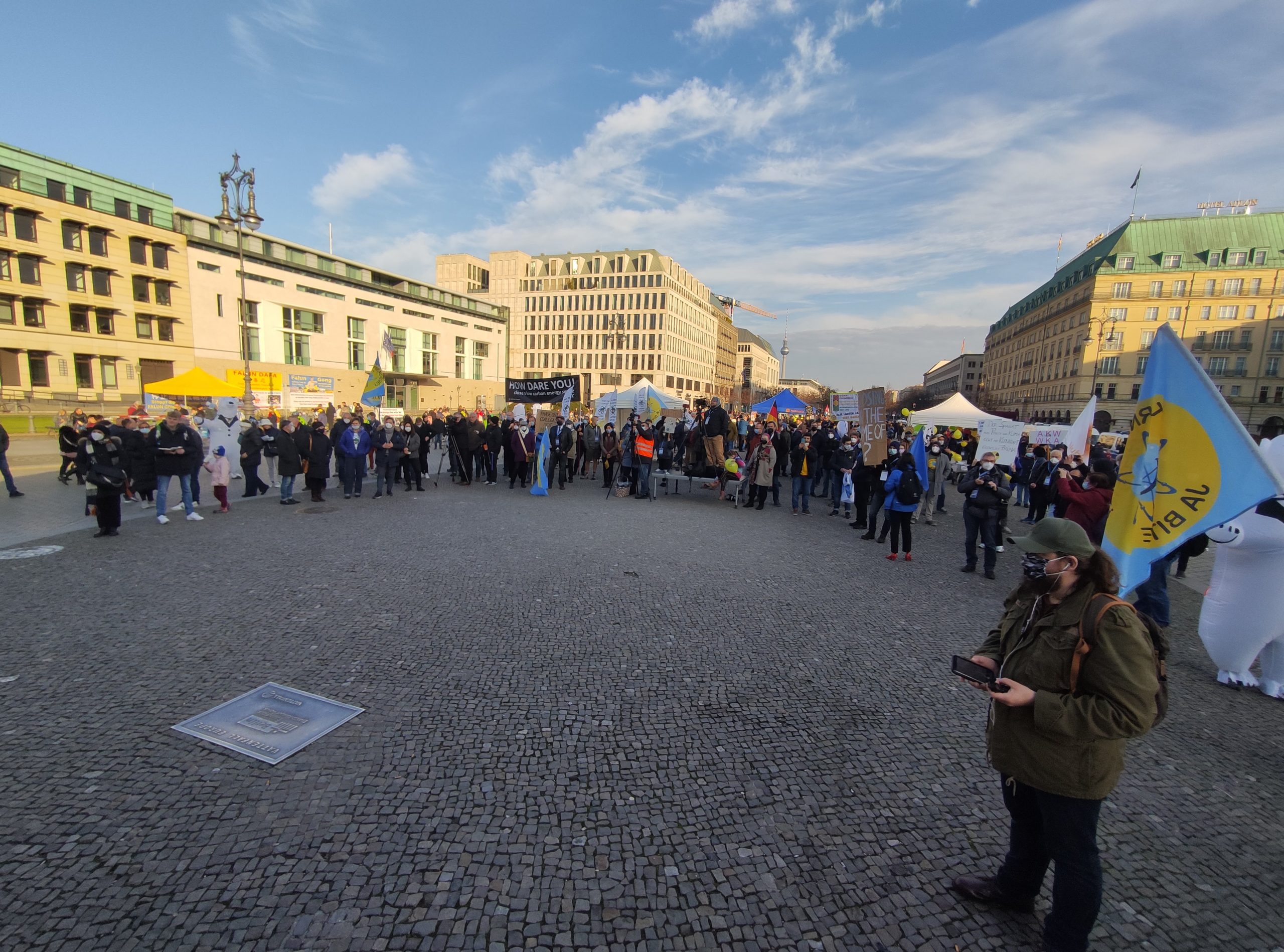 But while these activists seek to keep reactors running, their operators, with a significant stake in nuclear as well as other energy sources, have long since made their peace with the shut-off.

“Launching a debate on whether nuclear power plants make an important contribution to climate protection shortly before they are shut down in Germany is disconcerting,” Leonhard Birnbaum, CEO of utility company E.ON, told Handelsblatt.

“It comes far too late and is of no use to anyone,” he added.

“The phase-out of nuclear energy was decided by political and social consensus in 2011 and clearly regulated by law,” explained Georg Stamatelopoulos, head of sustainable generation infrastructure at EnBW, the third largest German utility.

“The use of nuclear energy for electricity production has thus come to an end in Germany.” 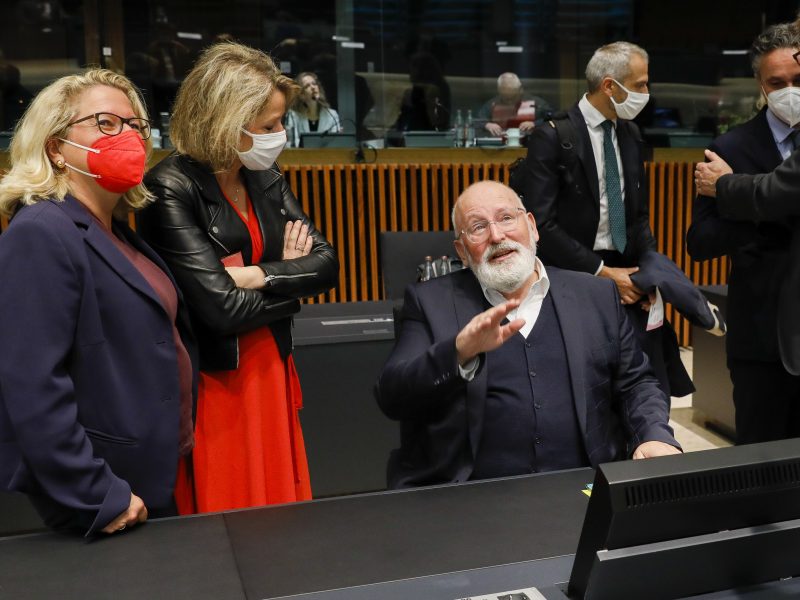