German recovery plan looks greener than it is, critics say 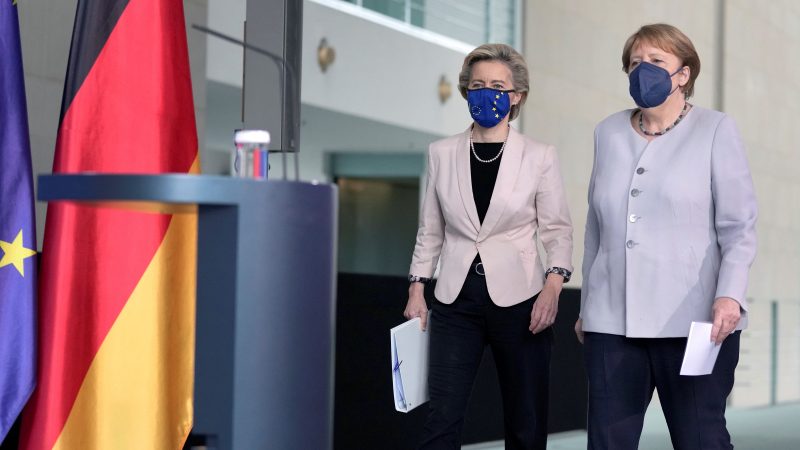 The German government's economic recovery plans that will be funded by the EU have come under fire for being less green than initially assumed. [EPA-EFE/MICHAEL SOHN / POOL]

Germany was lauded for supporting green spending criteria in the EU’s €750 billion pandemic recovery plan, but critics now say Berlin’s national recovery programme may look greener than it is.

The EU’s economic powerhouse was among the first to insist on a green spending target as part of the EU’s Recovery and Resilience Facility, with 37% of the multi-billion fund earmarked for climate-friendly initiatives.

“The European Green deal needs to be in the core of our hard work to recover a resilient european economy,” German Environment Minister Svenja Schulze said when the package was agreed in July 2020.

Germany’s national recovery and resilience plan received the green light from the European Commission on Tuesday (22 June), a precondition to access its share of loans and grants that will be distributed to all EU countries under the €750 billion plan.

“The Commission’s assessment of Germany’s plan finds that it devotes at least 42% of its total allocation to measures that support climate objectives,” the EU executive said in a statement officially endorsing the German plan.

“The plan includes measures to decarbonise industry, with a particular focus on renewable hydrogen, investments in sustainable mobility, and the renovation of residential buildings to improve their energy efficiency,” the EU executive added.

But while Berlin does indeed put the emphasis on the green and digital transition, critics say most green initiatives listed in there are in fact borrowed from Germany’s own recovery plan funded by its national budget.

“The plan is 80% cherry picked from the nationally funded recovery plan. In the larger national plan, only 21% is dedicated to climate protection,” said Sven Giegold, a German lawmaker from the Green party in the European Parliament.

“The best looking measures have been recycled into the EU plan,” he told EURACTIV.

Meanwhile, measures that were deemed incompatible with the EU’s green spending rules were simply transferred to the recovery plan funded by Germany’s federal budget, said Michaela Holl from Agora Energiewende, a think tank.

Germany is far from being the only culprit. More broadly, environmental campaigners are worried that very few of the EU 27’s recovery plans actually meet the bloc’s 37% green spending goal.

As a whole, the German recovery plan is rather limited in scope, focusing primarily on hydrogen and digitalisation. More than €3 billion is earmarked for decarbonisation, with a focus on green hydrogen.

However, Holl points out that neither of the two German plans foresee an increase in renewable energy generation to produce green hydrogen.

“There is a risk that already scarce renewables capacities are simply taken away from electrifying other sectors,” she said. “Germany also does not contribute at all to the declared ambition to have 200 GW of additional renewable energy capacity by 2030,” she added. 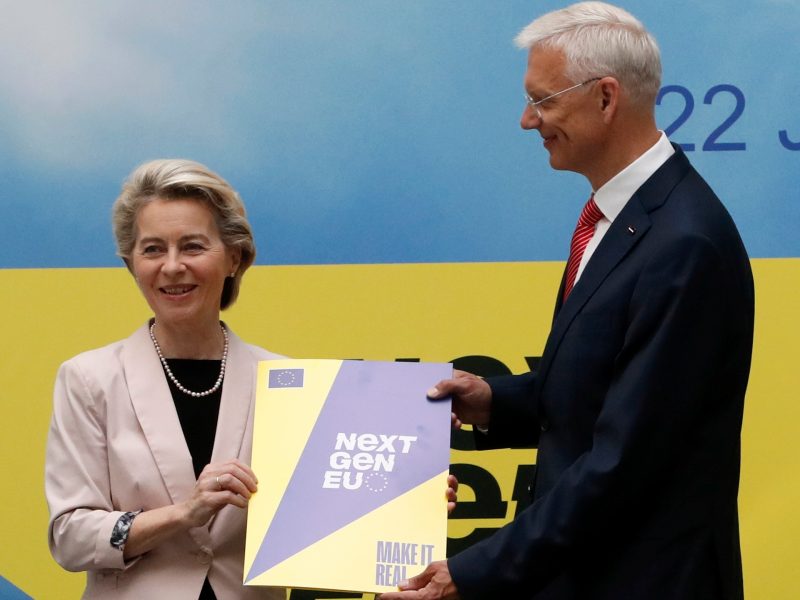 The German government refutes these accusations, and pointed to a UNEP report which lauded the German recovery plans. Germany has also received praise for the overall amount of money made available for climate-friendly investments, an environment ministry spokesperson told EURACTIV.

But critics of the German recovery plan are also concerned that upwards of €1 billion in EU and national funds are earmarked for supporting the purchase of hybrid vehicles. The measure is seen as a favour to Germany’s car manufacturers, who have long pushed for “cash for clunkers” programmes to renew the country’s car fleet.

According to Giegold, spending EU climate finance on hybrid vehicles is a clear instance of greenwashing, as studies have shown that hybrid vehicles impact the climate to a similar extent as the most efficient combustion engines.

The Greens are not the only ones complaining. Germany’s municipalities too said they were “very concerned over the high degree of centralisation and the lack of involvement of local and regional authorities by national governments in the Recovery and Resilience Facility,” said Michael Schmitz of the European council of municipalities and regions.

Municipalities were initially told that they would be involved in the implementation of the EU funds, but they will ultimately receive only a mere €57 million, earmarked for research on energy-efficient housing experiments.

Schmitz points out that this may limit the effectiveness of the funds, as they may be unable to address issues at the regional and local levels due to lack of involvement of relevant authorities.