A leaked “non-paper” by the eight countries calls on the European Union to step up the fight against climate change and sign up to a European Commission plan to achieve net-zero greenhouse gas emissions “by 2050 at the latest”.

Germany, Italy and Poland were notably absent from the list of signatories of the leaked document, obtained by EURACTIV, echoing divisions at a recent EU summit.

The “non-paper” also calls on the EU to raise its greenhouse gas reduction target for 2030, ahead of a special United Nations climate summit in New York next September where world leaders will take stock of their emission reduction pledges, in line with the Paris climate agreement.

“The EU must make ambitious announcements during the UNSG Summit, preferably on setting a target for the EU to reach net-zero greenhouse gas emissions by 2050 at the latest,” the document reads, calling on EU countries to “enhance” their national contributions for 2030 as well. 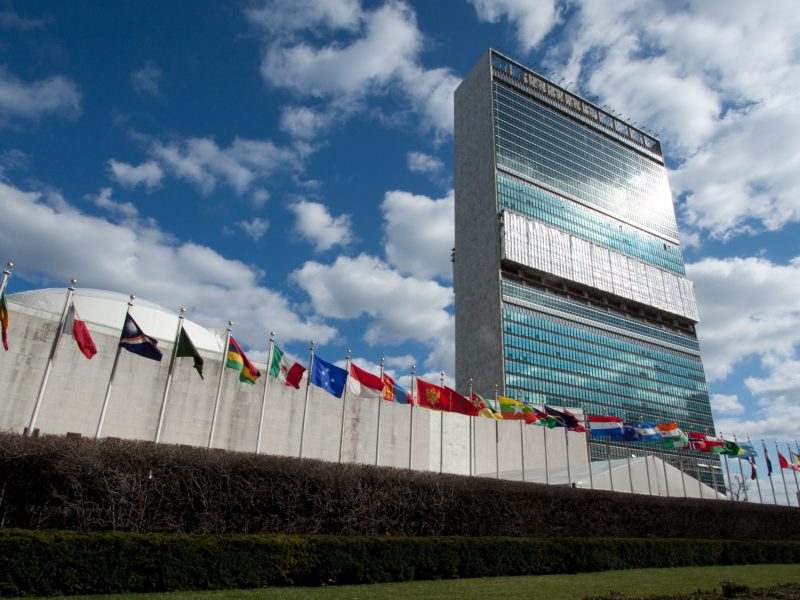 According to the UN, current pledges would lead to global warming of more than 3°C, which scientists warned could have devastating impacts, including the mass extinction of species and threat to ecosystems that are essential for agriculture and the survival of humankind.

But EU contributions to the Paris goals are so far falling short. An analysis due to be published tomorrow by Carbon Market Watch, a think-tank, found “a serious lack of commitment on behalf of governments” in Italy, Hungary, Poland and Romania in particular.

“The increased climate commitment shown by these eight countries makes the lack of concrete action on the part of some EU governments even more glaring,” said Agnese Ruggiero, from Carbon Market Watch. “It’s time those lagging behind stepped up and delivered the kind of policies that will help us keep climate change in check,” said Ruggiero, who leads the PlanUpEU project with other NGOs, including the European Environmental Bureau.

The eight countries pushing for greater climate ambition say nothing different, calling on the EU “to demonstrate climate leadership at the United Nation Secretary-General Climate Action Summit on 23 September 2019″.

“The fight against climate change should be a cornerstone of the European Strategic Agenda 2019-2024,” the paper says, warning the issue has “profound implications for the future of humanity and our planet”.

Last summer, Europe experienced heat waves and scorching fires as far up as the Arctic Circle, an unprecedented occurrence which scientists said was a harbinger of future climatic changes to come.

“We are heading towards climate breakdown,” warned Sebastian Mang, EU climate policy adviser at Greenpeace. But while some governments are taking this threat seriously, “the German, Italian and Polish governments still have their heads firmly in the sand,” he said.

While there is growing emergency, all hope is not lost. A report by the Intergovernmental Panel on Climate Change (IPCC), published in November last year, said global warming could be stopped if resolute action is taken now to drastically reduce emissions in all sectors of the economy by the end of the coming decade.

The eight countries acknowledge this, saying “the fight against climate change requires an in-depth transformation of all the sectors of our economy,” adding this was also “a major opportunity” to promote economic growth and employment in Europe.

They also call on finance flows, both private and public, to be aligned with the Paris goals, saying “at least 25%” of all EU spending “should go to projects aimed at fighting climate change,” in line with European Commission proposals.

The non-paper goes even further, calling on “transforming the EIB in order to make green financing its top priority”.

This echoes proposals by France’s former Europe minister Nathalie Loiseau, who called for greater EU spending on the green transition. The EU “must devote 40% of its spending on the ecological transition, be it in agriculture, industry, or the ability to finance clean energy research,” Loiseau said.

Although time is running short, Sebastian Mang of Greenpeace believes climate catastrophe can still be avoided. “Changing course can bring us back from the brink,” Mang told EURACTIV.