Germany’s energy-intensive steel industry needs to reinvent itself so that it can meet European climate targets and remain competitive. However, there is still a long way to go before the sector goes green. EURACTIV Germany reports.

In Germany, the steel industry is slowly feeling the burn, under pressure to meet German and European climate targets, as the CO2-heavy sector will have to slash completely its fossil fuel use by 2050.

The industry, which emits the equivalent of 67 million tonnes of CO2 per year, is already affected by the emissions trading system (EU ETS). Although it still receives most of its permits free of charge under the scheme, the number of free allowances will be significantly reduced by 2021.

As a result, their prices are already increasing rapidly, with one tonne of CO2 costing approximately five times more than it did two years ago.

But can steel be produced entirely without CO2?

Theoretically, yes. Research has been going on for years into technologies for CO2-free steel production. Arcelor-Mittal, Thyssen-Krupp, Tata, Voestalpine have all been looking for ways to do without coal, which has prompted them to turn towards hydrogen as a substitute for fossil fuels.

One of Europe’s largest steel producers, Salzgitter AG, is already producing hydrogen using electrolysis. Two containers on the plant’s site are generating the gas with the help of renewable energies, albeit only in small quantities so far.

Electrolysis plants for the production of so-called ‘green steel’ are also currently being built in Linz, Austria, and Luleå, Sweden. In Salzgitter, an entire transformation concept for climate-neutral steel production has been designed and named SALCOS (Salzgitter Low CO2 Steelmaking).

Step by step, the group’s three blast furnaces will be replaced by so-called direct reduction plants, which can be operated with both hydrogen and natural gas. Coke, which releases carbon when it has been set ablaze in the furnace, would no longer be necessary.

The plans are fully developed, and a 3D animation even allows the planned plants to be viewed virtually on the site.

“The problem is that we need vast amounts of electricity for electrolysis and the price of electricity is high. This drives up carbon avoidance costs,” explained Alexander Redenius, one of the project leaders, in an interview with EURACTIV.

Besides, there are enormous investment costs for the plants. Each of the three conversion phases would cost approximately €1-2 billion, without taking into account long-term operating costs, for which no estimates could be made.

“The calculations are very complex, meaning that we have to make many assumptions, which we cannot yet be sure of,” Redenius added.

With the planned new plants, CO2 emissions could be avoided entirely if the plants were only operated using hydrogen. This would mean that compared with conventional practices, a great deal of CO2 would be saved. And, gradually, it would then be replaced by so-called ‘green hydrogen’, depending on the availability of renewable energy, according to Redenius.

However, large quantities of hydrogen are needed, Redenius added.  Eighty thousand standard cubic metres of hydrogen per hour would be required for the first stage of the three-stage conversion concept in Salzgitter alone. The amount of hydrogen corresponds to an electrolysis capacity of approximately 330 MW.

The company will probably not produce this amount itself, meaning that hydrogen imports are being examined. For example, imports could come from the Netherlands, which is planning to build a large production plant.

However, the entire steel industry faces the challenge of being environmentally friendly, while also competing internationally.

“Nothing prevents customers from buying cheaper steel in China. It must be economically worthwhile to operate such plants here,” Redenius said. He added that one way to be ‘shielded’ from international competition would be to introduce mandatory quotas for green steel.

For years, France has been pushing the idea of an EU-wide carbon border tax, which would impose a duty on products imported with a carbon footprint. The aim would be to create comparable competitive conditions for domestic products.

So far, European Commission President-elect Ursula von der Leyen has been open to the idea  and tasked some of her Commissioner-designates with designing a levy but critics have argued that a carbon border tax would violate WTO rules.

However, protective tariffs do not lower production costs. If the steel industry were to go entirely ‘electric’ and free itself from fossil fuels, its demand for electrical energy in Germany alone would increase by 130 TWh in 2050, the Steel Economic Association estimated.

This would correspond roughly to the current electricity demand of all German households per year.

The industry is, therefore, calling for a reform of the tax system for electricity prices and, for example, for the EEG levy and grid charges to be abolished.

The EU ETS has also been viewed critically. By shutting down a blast furnace, Salzgitter AG would be allocated fewer permits and ultimately would not have any savings at all on the ETS market.

“This means that the emission system in Europe does not support the transformation towards low-CO2 technologies”, said Redenius. “We are also talking about replacing plants that we could operate for decades to come,” he added.

That is why the industry needs investment aid from the state. For the construction of a first plant, the company would, therefore, like to apply for funds from the Commission’s Innovation Fund, which is to unlock around €10 billion to finance CO2-reducing technologies between 2020 and 2030. The money would come from the sale of 450 million ETS certificates. 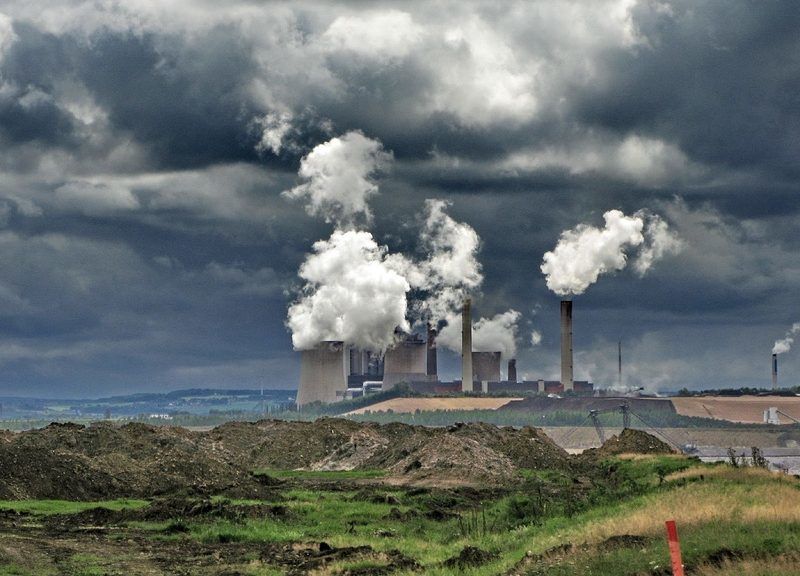 But the construction of a new plant is not enough as long as the costs for hydrogen and green electricity are difficult to calculate.

According to Alexander Redenius, this requires a  planning framework at a political level, which is just about to be created, both at EU and national level.

At EU level by revising the rules for the internal energy market, which could introduce regulations for trading in hydrogen for the first time.

And at the national level through a German hydrogen strategy, which is currently being developed by several ministries and should be available by the end of the year. Germany wants to be a global leader in the development of hydrogen technologies, according to Economy Minister Peter Altmaier. And the industry is signalling its willingness to do so.

According to Redenius, we need to act now because the technology is already available and there is no need for an additional ten years of research.

“We could have realised the first expansion stage of SALCOS here in five years,” Redenius said.