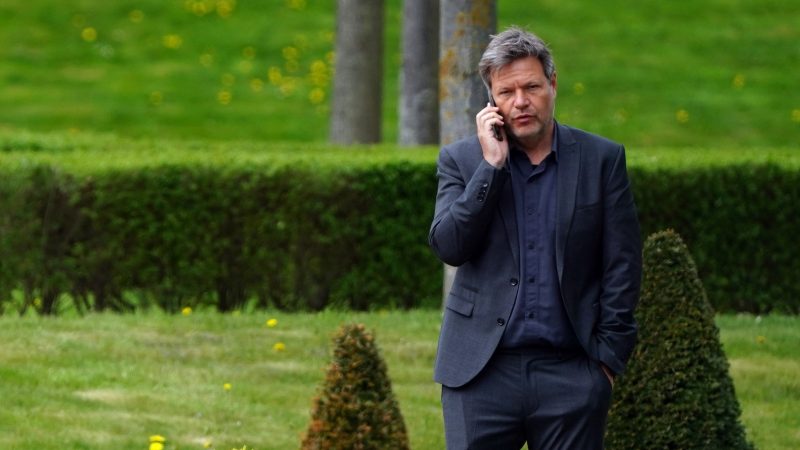 Germany's Robert Habeck is set to present his heat pump-centric policy turnaround as his newish government seeks to reduce gas use and move forward on climate action. [EPA-EFE/CLEMENS BILAN]

The coalition treaty agreed by the newish German government in December 2021 included a de facto ban on any new fossil fuel heating installations as of 2025.

That deadline is now being brought forward because of Russia’s war in Ukraine, which has accelerated Germany’s plans to phase out gas.

Robert Habeck, the country’s vice-chancellor and minister for economy and climate, has already presented his “Easter package” aimed at revamping Germany’s electricity sector. It will now be followed by the heating-centric “summer package” expected at the end of May or early June.

Habeck’s right-hand man, state-secretary Patrick Graichen, said the package will be split in several parts. “In essence, it is probably three elements,” he told journalists.

While the finer details of the policy revamp are being worked out this month, the core parts are already clear.

Key measures include a ban on new fossil fuel heating systems and new rules on how cities should be heated, backed by “very supportive measures” to ensure that everyone who wants to install a heat pump can count on government support, Graichen said.

The newish German government already surprised observers in December when it announced its ambition to ban all new fossil fuel heating systems as early as January 2025.

With Russia’s war in Ukraine and the ongoing fossil fuel price crisis, the government then decided to bring the date forward and make heat pumps – the most energy-efficient technology – the mandatory market standard as early as January 2024.

“We are creating the framework for property owners to replace their heating systems that are more than 20 years old and will optimise the gas boiler replacement programme in the Federal Programme for Efficient Buildings (BEG) for this purpose,” reads a March statement by the coalition’s troubleshooting committee.

“To this end, we will launch a major heat pump campaign in industry, trade and private households,” it added.

The “trigger point” for these changes will be the replacement of a heating system. “In Germany, on average, 800,000 heaters are replaced every year,” Graichen said at the end of April.

“We will have that obligation that any new heater has to run on 65% renewables,” he added, referring to the government’s decision to ban fossil fuel heating system installations.

“That means you can’t put a gas or oil heater in there because there’s no 65% renewable gas.”

The new mandate will be challenging to implement though, and is expected to generate a massive strain on heat pump suppliers and installers.

A potential solution will be so-called hybrid heat pumps, which can run on fossil fuels if needed.

“To do this, the regulatory framework must be geared towards optimal practical implementation,” explained Kai Lobo, head of German public affairs at Viessman, the heating systems manufacturer. “That means, for example, the inclusion of hybrid solutions (combi heat pump + gas boiler), which can reduce fossil energy consumption by as much as 80-90%,” he explained.

In an April position paper, the German association of energy market innovators (BNE), went so far as to call for making (hybrid) heat pumps mandatory as early as 2023.

For some experts however, Germany’s sudden love affair with heat pumps is excessive.

“In the breadth of solutions, there is an opportunity for many to participate in climate protection,” said Lamia Messari-Becker, a professor of building technologies and building physics at the University of Siegen who is a former member of the German Advisory Council on the Environment (2016-2020).

“The strong focus on heat pumps is simply unserios,” she added, warning about a lack of installation capacity in a market where 70% of heating systems are running on gas or oil and only 2.6% are heat pumps.

But for the association of heat pump manufacturers, the tight timeline is workable.

To achieve its goal, he said Germany needs to reshape its legislation, provide advice and financial support as well as unprecedented measures in the upskilling of installers within the next 18 months.

“What should be stressed: we have all the technologies to decarbonise heating. It needs policy and process innovation to make them the dominant choice!” he told EURACTIV. 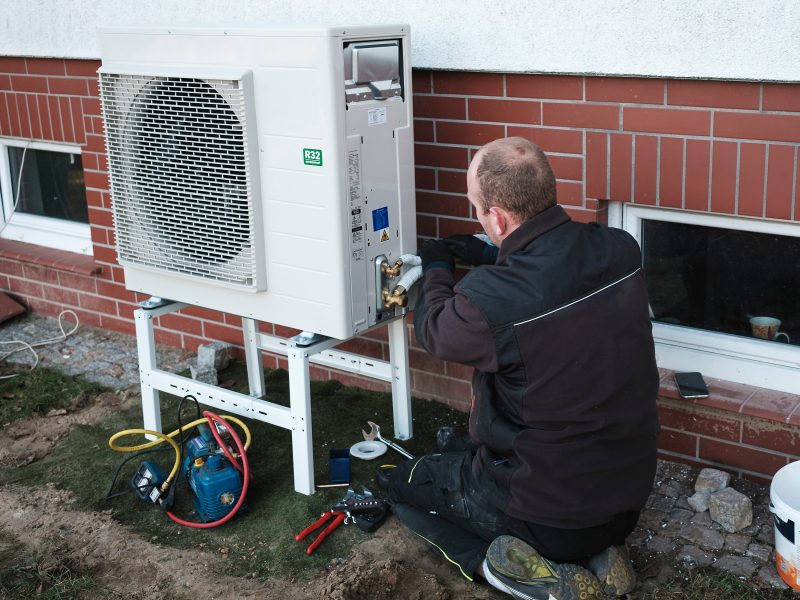 The second part of Habeck’s heating policy revamp will focus on the way cities are heated. As cities are much more densely populated than rural areas, individual heating solutions become less attractive than what the coalition treaty refers to as “district solutions.”

To that end, the German government will “kind of establish the obligation for each community to develop a heating grid in their cities and then supply those multi-store houses,” Graichen explained.

This approach, modelled on Scandinavia and some Eastern EU countries, was hailed by Messari-Becker, who has pushed district solutions for years. “Now this must be implemented,” she added, welcoming also other initiatives in the coalition treaty like the resource pass, renovation pathways and communal heating plans.

Similarly, the German energy think-tank DENA argues that a district approach in supplying buildings with energy offers many advantages compared to a decentralised supply structure.

“Approaches with neighbourhood-optimised electricity and heat supply infrastructure offer clear advantages, especially with regard to specific energy costs and the degree of self-sufficiency,” explained Nicole Pillen, head of urban energy transition at DENA. 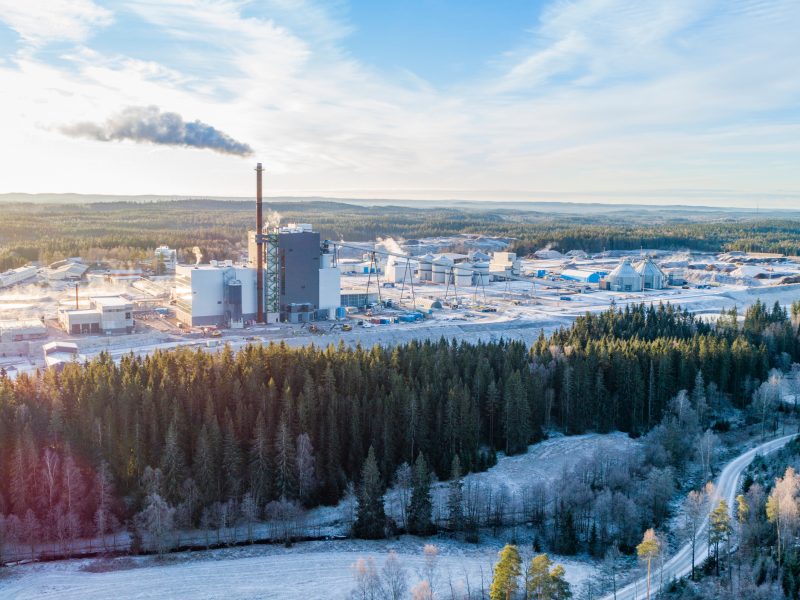 The two-pronged heating policy approach of the German government will likely be underpinned by a generous system of subsidies. “The third element [of the summer package] will be funding,” said Graichen.

“We will have very supportive measures to basically give everyone who wants to switch to a heat pump,” he added.

By combining the mandatory switch from fossil fuel heaters to heat pumps and the financial support structure, the amount of time needed for the transition will be reduced, Graichen concluded.

Given the Germany’s 15 million gas boilers, the coalition has a lot on its plate.