“Green conditionality is one of the less difficult ones,” said a senior EU source with insider knowledge of the discussions taking place between EU heads of states and governments. [© European Union 2020 - Source : EP]

Instead, leaders are expected to fight over the size of the EU’s €1 trillion budget for the next seven years (2021-2027) and haggle over a proposed €750 billion recovery fund from the coronavirus crisis.

Other hot issues include the rebates that richer EU nations will get from their contribution to the EU budget as well as the share of loans and grants that will be distributed under the recovery plan – a battle pitching frugal Northern states against the poorer South.

“Green conditionality is one of the less difficult ones,” admitted an EU diplomat with insider knowledge of the discussions taking place between European heads of states and governments.

That doesn’t mean the bloc’s climate goals won’t cause any tensions, though.

At an EU summit last December, Poland was the only country to abstain from an EU-wide goal of reducing emissions to net-zero by 2050, saying it needed more time to evaluate the implications for its economy.

And ahead of this week’s budget talks, Warsaw warned it would reject proposals to link the disbursement of EU money to climate goals.

“We do not see any need to implement any conditions to the Just Transition Fund regulation,” said a Polish diplomat. Moreover, conditions linked to the EU’s long-term budget are “undermining the objectives of the regulation which is supposed to help regions most affected by the transformation,” the diplomat said.

“A just transition cannot be based on conditionality but inclusiveness,” the Polish diplomat told EURACTIV.

But even though these questions are central to the EU’s recovery fund, they are not expected to be a show-stopper when EU leaders meet on Friday.

Earlier this week, the bloc’s 27 environment ministers – including Poland’s – signed a joint statement calling for a green recovery from the coronavirus crisis.

“The current pandemic has reinforced our belief that the path of transformation leading towards low and zero emissions is absolutely correct,” Kurtyka wrote in a recent op-ed for EURACTIV.

“Poland absolutely needs green investments as they are going to help drive the economy, create new jobs and strengthen the competitive advantage of our domestic businesses on the international markets,” he said.

The key for Warsaw is whether it will receive enough cash from EU coffers to help it reach its climate goals.

“Poland is committed to the energy transformation and it is crucial to ensure adequate financial resources for continuity of actions towards climate neutral EU,” the Polish diplomat told EURACTIV. 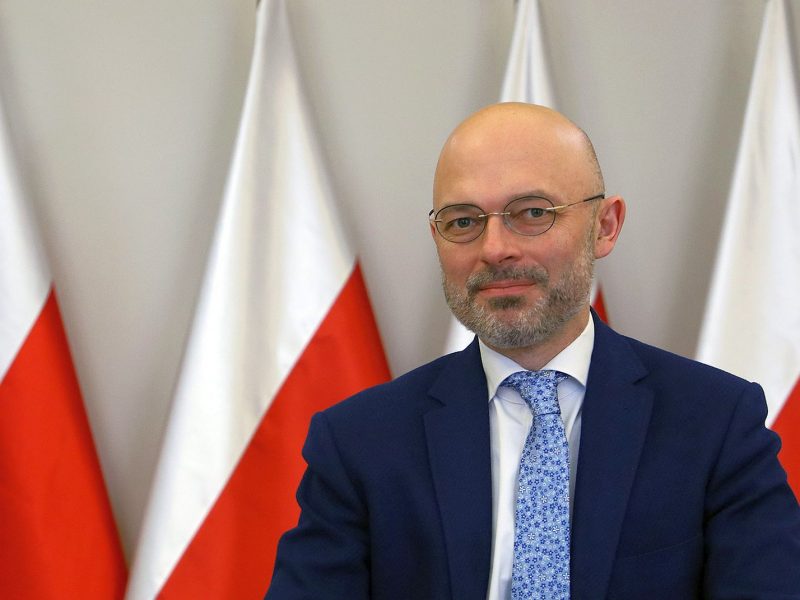 The coronavirus pandemic has forced decision-makers to change their perspective on the economy and adapt to the new normal. In this unprecedented moment, we propose solutions which will trigger a new impulse for development. Michał Kurtyka presents Poland’s view on the green investment plan.

Monday’s meeting of environment ministers came after the presentation last Friday of an updated “negotiation box” on the EU budget and recovery plan. The new package was presented by European Council President Charles Michel after a mini-summit with German Chancellor Angela Merkel who holds the EU’s six-month rotating presidency.

“For the first time we propose to target 30% of funding on climate-related projects,” said Michel, a higher share than the 25% proposed by the European Commission in 2018.

“Climate transition remains our top priority,” Michel said in a statement, adding that expenses under both the EU’s long-term budget and recovery fund “will comply with our objective of climate neutrality by 2050, the EU’s 2030 climate targets, and the Paris Agreement”.

But climate activists have grown sceptical about EU pledges for a green recovery. According to Greenpeace, the ministers failed to outline specific conditions for the disbursement of EU funds, such as an exclusion list for climate harming industries.

“Like hollow promises to quit smoking, this is yet another empty statement by politicians that fails to name a single concrete measure or safeguard to ensure the recovery is indeed green and just,” said Sebastian Mang, climate and energy policy adviser at Greenpeace European unit in Brussels.

In Brussels, diplomats say the criticism is unfair.

“It’s the first time in history that an EU budget has been linked to a number of governance and conditionality measures,” said an EU diplomatic source, adding that the allocation of EU money under the revised budget plan is “clearly linked to climate-related projects”.

“This is revolutionary – it’s never been done before,” the diplomat said, emphasising that the conditionality relates not only to the 2050 targets but also to the 2030 goals.

“It’s as clear as it can get,” said the EU diplomat. “How much further can we go?”

But Greenpeace was not impressed. “Whilst the increase of the climate spending target to 30% is a step in the right direction, this is not sufficient as polluting industries will continue to be eligible to receive EU funding under the current proposal,” Mang told EURACTIV.

“Without clear rules about which sectors should not receive public finance, politicians’ promises for a green recovery seem hollow,” he said, calling on EU leaders to agree an “exclusion list” that bans funding for polluting sectors such as fossil fuels, combustion engine vehicles, and factory farming.

For EU leaders, agreeing on green budget rules will be a delicate balancing act. On the one hand, rules need to be flexible enough to satisfy the needs of countries like Poland but they also need to be strict in order to reassure frugal countries like the Netherlands, Austria and Denmark that EU money will be wisely spent.

Yet, climate campaigners are relatively optimistic that such a balance can be found.

“Climate is, for once, a political solution to the different factions’ asks and concerns: for the Frugals, it would ensure that funds are spent wisely; for the South and the East, it can bring investment to boost their economies while ensuring delivery of climate goals,” said Manon Dufour, head of Brussels office at E3G, a climate think tank.

However, that does not mean reaching a deal will be easy, she cautioned. “There is always a risk that green conditionalities get lost in the usual haggling of European budget negotiations, unless a group of European leaders make it a priority,” Dufour said.