A group of financial experts has set out its vision for hardwiring sustainability goals into the European Union’s financial system, calling on the 28-country bloc to stop pouring public money into polluting fossil fuels and focus spending on clean energies instead.

The EU’s high-level group on sustainable finance issued its interim report on Thursday (13 July), urging the European Union to stop all public funding for fossil fuel industries such as coal, oil and gas.

The upcoming revision of the EU’s multi-annual budget is “a significant opportunity” to increase investments in clean technologies and “explicitly exclude fossil fuels and other unsustainable projects” from public funding, the group wrote in its report.

Instead, public money should be geared towards “only supporting renewable energy and energy and resource efficiency”, the report added.

The EU high-level group on sustainable finance was set up by the European Commission last December to look into ways of nudging the financial system towards long-term environmental and social objectives.

Its chairman, Christian Thimann, told EURACTIV in a recent interview that the group was looking into “penalties” on fossil fuel assets that may end up stranded as investors gradually shift to low-carbon portfolios.

“Think of stranded assets: maybe we are valuing oil reserves today that the world will never exploit and that will therefore lose value. So we may be overestimating their financial value and ignoring a risk which could be taken into account,” said Thimann, who is the head of sustainability at French insurance group AXA.

The report will be applauded by environmental groups, which have long pressured the European Investment Bank (EIB) and other financial institutions to stop funding going into polluting fossil fuels.

Ingrid Holmes, a member of the group who is also the director of the global climate change think tank E3G, said “EU public banks should lead the way in a complete shift away from unsustainable investment” and stop public funding for coal, oil and gas projects.

Holmes would not be drawn into giving a precise timescale for when the divestment should happen, telling EURACTIV that the report was meant to “give an indication of the direction of travel” and “was kept deliberately vague” on that point.

But she insisted that the group was determined to set the course of action. “The investors who are involved with the group control assets worth trillions of dollars,” Holmes reminded, stressing that the report’s recommendations “deserve to be taken seriously”.

Thimann admitted that shifting financial regulation towards sustainability “cannot be done with one stroke of a pen” and would take time. “But neither does it require rewriting the whole system of financial regulation,” he added. “Rather, it means identifying the key areas where adjustments are needed and developing specific and targeted proposals for change.” 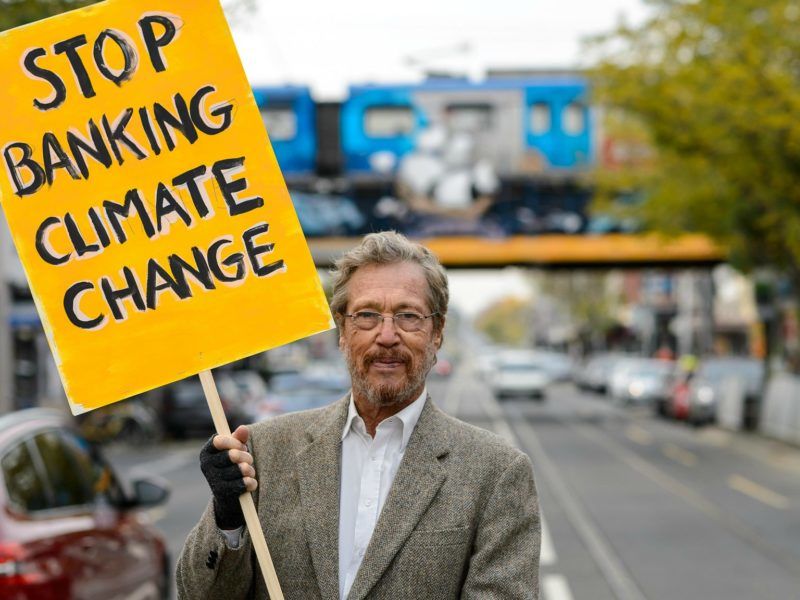 The European Commission’s High Level Expert Group on Sustainable Finance delivered its interim report today (13 July). Ingrid Holmes, one of the members of the group, explains how the financial system can help address long-term challenges such as climate change.

Jyrki Katainen, European Commission vice-president responsible for jobs, growth, investment and competitiveness, said investments of around €180 billion per year were needed to deliver on the EU’s ambitious climate and energy goals.

“This is a major challenge, but also an opportunity,” Katainen said in a foreword to the report, co-signed with Valdis Dombrovskis, Commission Vice-President for the euro, financial markets and the capital markets union.

“By reorienting public and private financial flows towards green and sustainable efforts, we can help mitigate the risks posed by climate change,” the pair wrote. “In particular, we believe that suggestions for a classification system for sustainable assets and a European standard and label for green bonds have great potential,” they wrote.

In parallel, the report said efforts should also be made to mobilise private capital for the social dimensions of sustainable development and called for increased public funding to promote social protection and social inclusion.

The report is not just about shifting investment towards sustainable businesses “but doing so in ways that will also address the very pressing social challenges” such as high unemployment, rising income inequality, pensions and lack of access to opportunity, Holmes said.

The group will present the interim report at a public hearing on 18 July, where it will be open to comments from interested parties. The final report, complete with policy recommendations, is expected in December.