Just before the COP25, which takes place in Madrid from 2-13 December, France’s leading financial institutions discussed the issue of climate justice and corporate social responsibility at the Climate Finance Day in Paris on 29 November. EURACTIV France reports.

After a year marked by the ‘yellow vest’ movement in France, the acceptability of environmental measures has become a vital issue, including for the financial sector.

As proof, trade unionist Laurent Berger, head of the French Confederation of Labour, participated in the opening debates of the Climate Finance Day and insisted on the European social model.

“If the social issue is not included in the investment plan being discussed by the new Commission, it will not work,” Berger said. As an example, he cited coal-fired power plants, which require conversion plans if phase-outs are to be successful.

“It is necessary to build compromises, and to recognise the value of those in the company who want to preserve the European social model,” he hammered in front of bankers.

The issue of corporate social responsibility and the climate issue share a common handicap – neither contribute to the profitability of short-term investments.

However, “since 2014, our ESG-labelled [environmental, social and governance], equity funds have outperformed the market,” said Jean-Jacques Barberis, who is the head of the institutional and corporate client services for asset management giant Amundi and a member of the Finance For Tomorrow office.

The challenge of simplifying the criteria for sustainable finance at European level, which is currently taking place with the set up of a general taxonomy, could end up being lucrative. But the debate is currently complicated.

“For us, nuclear power is a sustainable investment, that’s obvious. But not everyone agrees,” said Barberis.

“We have to focus on supply, in relation to the customers of our financial institutions. What do they think of this taxonomy? Do they accept it? “, asked Rémy Rioux, president of the French Development Agency.

He pointed out that the acceptability of climate commitments is complicated in the countries with which development agencies work, where even access to energy is not necessarily a given for parts of the population.

And where the question of the responsibility for carbon emissions comes up repeatedly, so does the question of equity too. The issue will also be at the heart of the discussions at COP 25, which must decide on the way carbon markets operate within the framework of Article 6 of the Paris Agreement.

At the European level, “we can imagine compensation systems. It is the rich who emit the most CO2, and, logically, the fruits of a carbon tax should be redistributed to the less rich,” said Jean-Jacques Barberis. He noted the work of economist Nick Robins, who has examined the issue of the “just transition” in the United Kingdom.

The market is waiting for precise indicators

But before considering a just transition, however, the transition must take place. This has been repeated by several actors, who called for clear objectives such as figures and projections to guide bankers’ action.

“The market expects indices, measures, and numbers to guide the financial markets. But we don’t have any figures,” said Jürgen Kern, head of the strategy department at the German Development Bank, KfW.

In the absence of any indication, the President of the Bank of France, François Villeroy de Galhau, warned that his institution would organise “climate stress tests” in the banking and insurance sector as early as 2020. This is meant to confirm that exposure to the fossil fuel sectors cannot potentially jeopardise specific structures.

But due to lack of a reference, aligning the financial sector with the objectives of the Paris Agreement appears to be a trial and error process.

Phasing out coal is one of the first steps, and the fact that one of the world’s leading insurers, Axa, has taken the plunge, as has Société Générale, is an indicator. 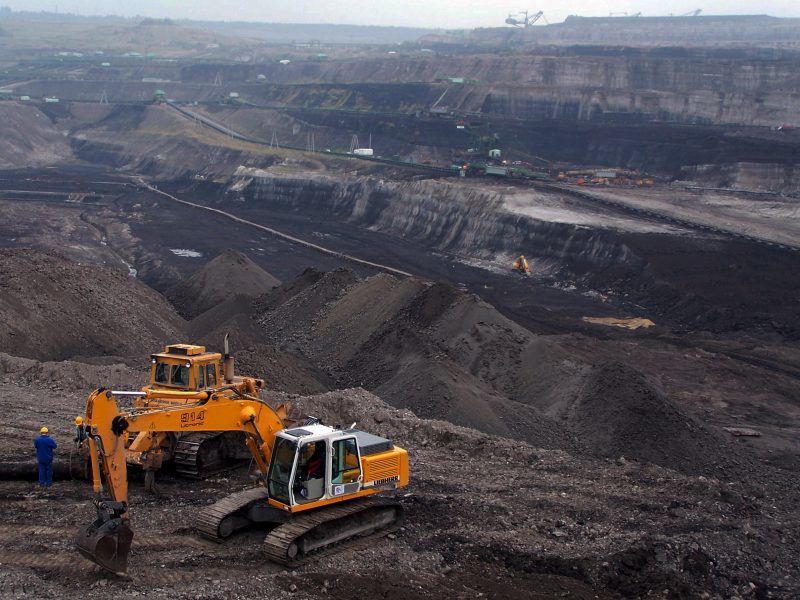 The French insurance company AXA has announced its own plan to help phase out coal production in Europe by 2030, under which it would no longer be insuring companies that are too dependent on fossil fuels. According to NGOs, this plan has “no blind spots”. EURACTIV France reports.

But what about other fossil fuels? The question arose at Natixis, where debates were held on whether it was advisable to continue financing gas.

“We decided based on the initial carbon footprint: if it is to replace coal, switching to gas is beneficial for the climate,” explained François Riahi, the CEO of Natixis, a bank that was one of the first to refuse to finance coal-fired power plants.