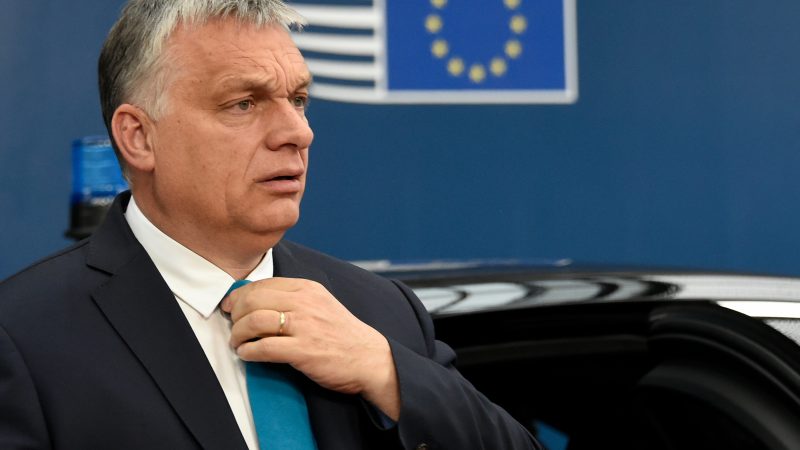 Innovation Minister László Palkovics told a launch event for a solar power station on Monday that Hungary will back an EU plan to go carbon neutral by 2050. He said the Central European country has already cut emissions by 32% since 1989 and the goal is 40% by the end of the next decade.

“Without atomic energy, there is no climate neutrality,” Palkovics told reporters after inaugurating the build site of a 100MW solar power station, a joint project between the Hungarians and China.

Hungary gets more than 20% of its power from nuclear and 14% from renewable energy but plans to ratchet up its atom-smashing capacities in the coming years. Renewables are also projected to increase from 700MW to 2,700MW by 2022.

Its sole nuclear plant at Paks is due for an upgrade but has stoked controversy due to the involvement of Russian financing. Two new reactors are expected to come online at the end of the 2020s.

Prime Minister Viktor Orbán also said on Monday, during an exchange in parliament, that “without Paks, we cannot have our climate protection”. It is unclear at this stage whether Hungary will update its national laws to go carbon neutral or stick to supporting the EU proposal.

Under the Commission’s plan for Europe’s economy to absorb more emissions than it creates, through cuts and carbon sinks, individual countries do not necessarily have to go climate neutral as it is the overall result that counts.

But reliance on nuclear is not universally popular in Europe. Greenpeace EU told EURACTIV that “Europe must get on track to full decarbonisation, and it must do so with 100% renewable energy”.

“Renewables are safe, clean, and increasingly the cheapest source of energy – nuclear is dangerous, expensive and unnecessary,” a Greenpeace spokesperson said.

Finland, the incoming rotating EU presidency holder, will aim to go completely green by 2035. The Nordic nation will also utilise nuclear to achieve its lofty ambitions although a new power plant is currently well over budget and deadline.

Due to come online next year, the Olkiluoto 3 nuclear reactor has been dubbed “the second most expensive building in the world”, as costs are estimated to have rocketed from a budgeted €3 billion to more than €5 billion.

Budapest’s change of heart on climate neutrality is not surprising, according to sources, given that Germany is now on board with slashing emissions to a net-zero level. Hungary has traditionally followed Berlin’s lead in such matters.

It also makes it more likely that an agreement on the EU’s 2050 strategy will be reached at this week’s European Council summit on Thursday (20 June).

The Czech Republic is still sceptical of the net-zero plan but the uncertain political position of Prime Minister Andrej Babiš, who has faced calls to resign due to alleged involvement in EU subsidies fraud, could limit its opposition.

That leaves Poland as the main hold-out after Slovakia swore in a new president who has prioritised fighting climate change.

In a press conference with the prime minister on Tuesday, Zuzana Čaputová pledged to support the 2050 target and revealed that Slovakia will phase out coal by 2023.

I wish to thank everyone for their support and good wishes! I now look forward to serving my country 🇸🇰 – reinforce trust in justice ⚖️ and the #RuleofLaw, protect #liberal #democratic values, & work towards a successful Slovakia in a strong, united and #green Europe. 🇸🇰🇪🇺

Bulgarian Prime Minister Boyko Borissov also said he is also in favour of the plan during a phone call with UN Sec-Gen Antonio Guterres on Tuesday.

For Poland, it is still a question of compensation and incentives to go green. Deputy Foreign Minister Konrad Szymanski told Polish media that the EU decision “must take into account social and economic costs, which look differently in different countries”.

“The decision should be based on a proper analysis of the National Climate and Energy Plans. The package must include compensation measures for the most vulnerable regions and countries. Therefore, today it is too early to take this step,” he added.

That adds fuel to the theory that Warsaw is indeed willing to sign up to the Commission’s plan, if it is given enough assurances on funding from the bloc’s budget. It remains to be seen if that will translate into a deal at this week’s summit or not.