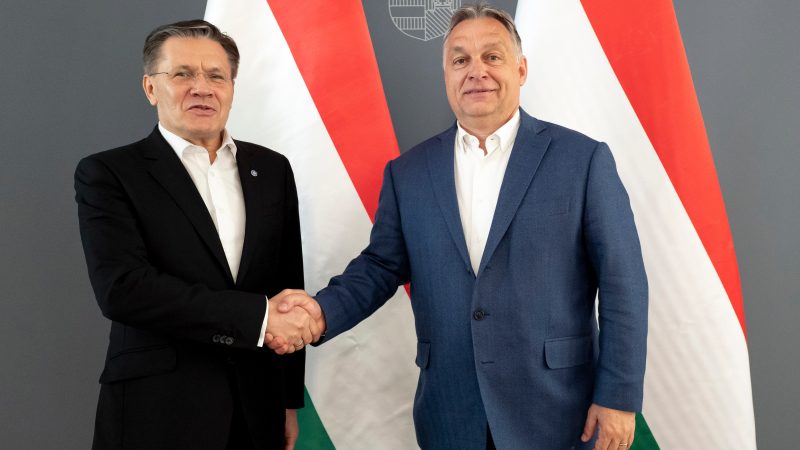 Russia has agreed to give Hungary a five-year delay on payments for the Russian-led expansion of the Paks nuclear power plant south of Budapest, Hungary’s Finance Ministry said on Thursday (29 April).

Budapest wants to expand the 2-gigawatt plant with two Russian-made VVER reactors, each with a capacity of 1.2 gigawatts. A €10 billion interstate loan from Russia finances most of the €12.5 billion project, which is being led by Russian state corporation Rosatom.

“As a result of successful talks, the financing agreement of the Paks 2 investment can be modified in a favourable way for Hungary: it will be sufficient to start paying off the loan in 2031,” the Finance Ministry said in a statement.

Hungary was originally supposed to start loan payments on the project in 2026.

The Finance Ministry said the plant will be operational in a decade – even though major work is yet to begin at the site about 100 km south of Hungary’s capital.

Awarded in 2014 without a tender to Rosatom, the contract is often cited as a sign of warm ties between Hungarian Premier Viktor Orbán and Russian President Vladimir Putin, a connection that has unnerved Western allies.

The project, however, faced roadblocks including a lengthy European Union review focused mainly on the financing of the project, delaying it by several years.

While Hungary worked to extend the start date for payments, Russia sought to avoid paying penalties by putting off the project completion deadline and getting regulatory leniency, according to people familiar with the project.

Hungary has already amended its nuclear safety protocols to custom-fit the project, allowing some work to begin before the entire project gets the regulatory nod.

Budapest had requested and received EU approval for a fast-track process which would have allowed it to start construction at the site in January 2021.