EU legislation prohibits so-called ‘shark finning’, the separation of shark fins with subsequent disposal of the animal in the sea. Nevertheless, ships sailing under the European flag in African waters violate these laws – and have little to fear from the EU. EURACTIV Germany reports.

Under the Fisheries Partnership Agreements (FPA), the EU provides financial and technical assistance to African countries in exchange for fishing rights. The agreements concluded by the Commission are meant to create a legally controlled environment in which EU fishing vessels can fish the surpluses of the according African economic zones. Both environmental authorities and African fishermen disagree in two points: “legally controlled” and “surpluses”.

Five years ago, on 22 November 2012, the Parliament voted to tighten the ban on “shark finning” and close existing legal loopholes. With this it is mandatory that the fins of all sharks caught by EU vessels worldwide as well as vessels catching within the EU fishing grounds remain on the shark body. Only ships that are “demonstrably able to exploit all shark parts” should exceptionally apply for a special fishing permit. But in Spain and Portugal, this exception has long become the rule.

Moreover, the tuna agreements agreed under the FPAs leave much room for interpretation and according to observers, open the doors for forbidden ‘shark finning’.

During the inspection on 5 September 2017, the Spanish ship Baz was picked up in the territorial waters of the West African island nation São Tomé and Príncipe. Similar to the case of the Angelo Primero in August 2016, another fishing vessel under Spanish flag that just like the Baz violated the finning regulations of the EU.

Official documents by the Fisheries Department of of Sao Tomé prove the extent of the crime: among the haul of the Baz, consisting of tuna, swordfish and other species, were also 69 tons of shark meat and fins – about two thirds of the total cargo. In addition, inspectors found so-called J-hooks on board the vessel, which are more harmful to fish than the prescribed circular hooks and are mainly used for predatory fish such as sharks. 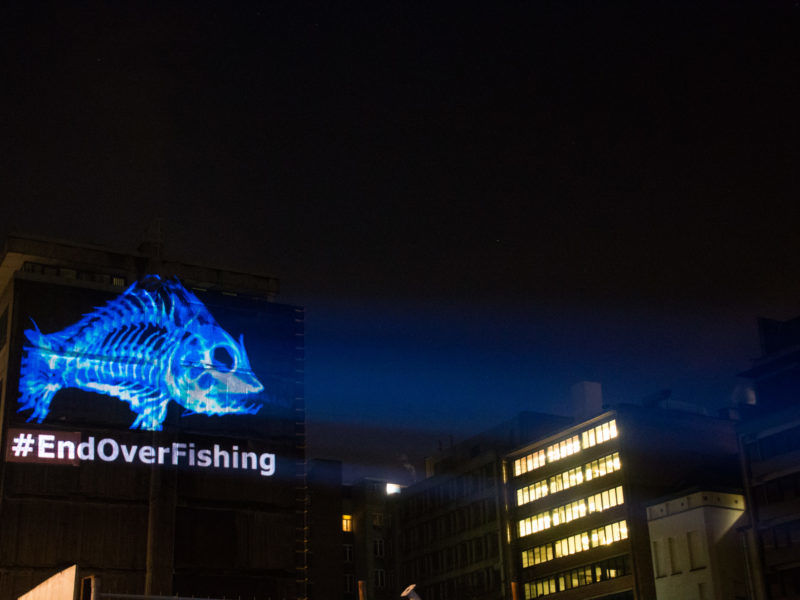 “When we came across the Baz and found out that the number of sharks on board was twice that of other fish, it was clear that this was a ship that, like the Alemar Primero, mainly catches sharks, even though it was fishing under a tuna agreement”, said Peter Hammarstedt, Campaign Leader at Sea Shepherd, a marine conservation organisation based in the Netherlands that was involved in the inspection of the two Spanish ships.

The EU back then argued that the fisheries agreement with São Tomé and Príncipe included the exception for fishing of “similar species” and referred to national jurisdiction. On request, the Spanish Ministry of Agriculture and Fisheries, Food and Environment stated that it would not impose sanctions against the Alemar Primero because it would constitute a double punishment as the authorities of Sao Tomé had requested a punishment. However, this has still not happened, as Joao Pessoa, director of the São Tomé and Príncipe fisheries department, confirmed.

Hammarstedt is convinced that the EU’s behavior in the case of the Alemar Primero in 2016 has the consequence that ships like the Baz continue to violate the anti-finning rules unsanctioned.

The Baz practices longline fishing, in which a plastic main line with innumerable bait hooks and secondary lines are cast, that can be up to 130 kilometres in total. Initially regarded as effective and selective fishing technique, longline fishing is now heavily criticised for its high rate of bycatch and as one of the major threats to non-target species such as sharks.

The fishing license allowing the Baz to operate in São Tomé and Príncipe was approved within a few weeks of an EU application by the local authorities. The license covers the period from 23 May 2017 to 22 May 2018, just before the current fisheries agreement with the EU expires.

However, the Baz not only actively fished sharks and cut off their fins on board, but also violated the regulations of the European Council, 1185/2003 and 605/2013. At the time of their adoption, Brussels said that “the practice of removing shark fins … poses a serious threat to the protection of these species and to the sustainability of fisheries”.

The Baz has now been fined $45,000 by the Fisheries Directorate in Sao Tome for catches without official authorisation. In November, Pessoa filed a formal complaint to the EU, as the Baz for the second time in one year, violated EU bans. The EU has yet to comment.

Sustainable fisheries versus “cash for fish”

In early October 2017, the EU reaffirmed its support for marine sustainability at its 4th Marine Conference in Malta. “Forests are the green lung of our planet, but the oceans are the blue heart,” said Karmenu Vella, Commissioner for the Environment, Maritime Affairs and Fisheries. “It’s up to all of us to beat that blue heart.” Of the approximately €135 million spent annually by the EU budget on fisheries agreements, around 46% is intended to be channeled into the sustainable development of the local fisheries sector – job creation, support for small-scale fisheries and better results in controls, and in Science and Research.

In the case of the EU-São Tomé and Príncipe fisheries agreement, the EU pays €710,000 annually to allow European vessels to catch 7,000 tonnes of tuna per year from its territorial waters off the west coast of Africa. But more than half of this, around €385,000 per year, is spent on licenses.

The local fishers of São Tomé and Príncipe, for which traditional fishing is a matter of survival, gain nothing. Not only can they not reach their own fishing grounds due to the technical inferiority of their boats compared to the European vessels, but the species present there are needed to feed their own population and are not viewed by the fishermen as “surplus”.

The example of tuna is also a good indication of how the licenses, acquired with European taxpayer’s money, give them a competitive advantage over domestic fisheries. Assuming that a tonne of tuna averages around €1,000 on the market, this means that the EU will only pay €65 per tonne through the agreement. Thanks to the subsidies, the EU ships pay around €35 per tonne (two-thirds of the fishing effort is therefore subsidised by the EU). This will give São Tomé around €100 for fish worth €1,000 from the waters of São Tomé – 10% of the market value. 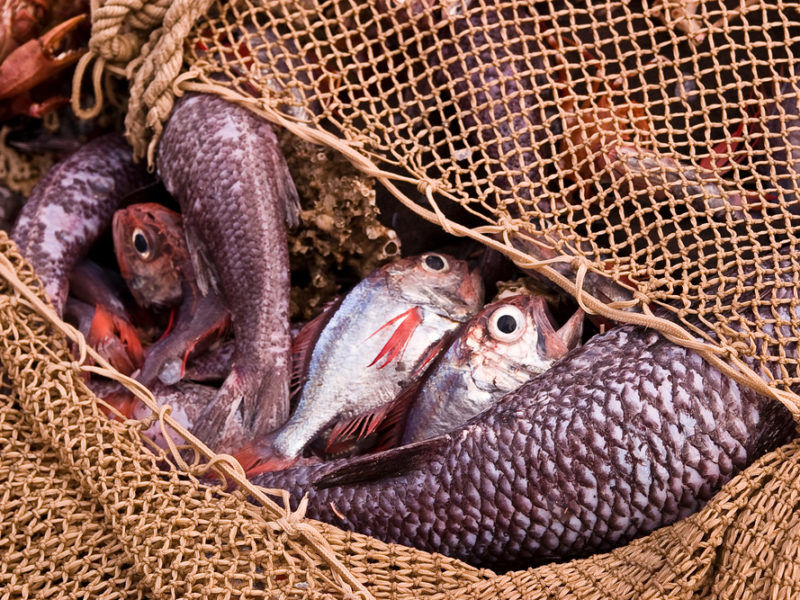 São Tomé and Príncipe would like to change the existing fisheries agreements with the EU from 2018 and is therefore by no means an isolated case. In other African countries, too, there are plans to resist the European “cash for fish” offer in the future and try to set up a fishing industry or sell the fishing rights even to Asia instead.

For the EU this would be a big blow, as the European hunger for tuna continues to grow and stocks in European waters are largely overfished. For this reason, Vanya Vulperhorst, political advisor at Oceana Europe, sees hope for the fight against illegal fishing and overfishing off African coasts. In June 2017, the EU submitted a provisional agreement (due to enter into force by 2018) for its external fleets, which is far more transparent than any previous fisheries regulation.

While private fisheries agreements have been opaque so far, the new law requires that both official and private agreements be entered into a database. It should also allow the European Commission to withdraw fishing licenses for EU flagged vessels that have breached European rules under the Fisheries Partnership Agreements (FPAs) or the Regional Fisheries Management Organisations (RFMOs), if the member states do not do so themselves. This proposal was adopted by EU ministers on 12 December 2017.

“The new law is not as strong as we would like it to be, because member states have disproportionate power in the EU,” says Vulperhorst. “But it’s at least a small step forward.”

One response to “Illegal ‘shark finning’ under the European flag”