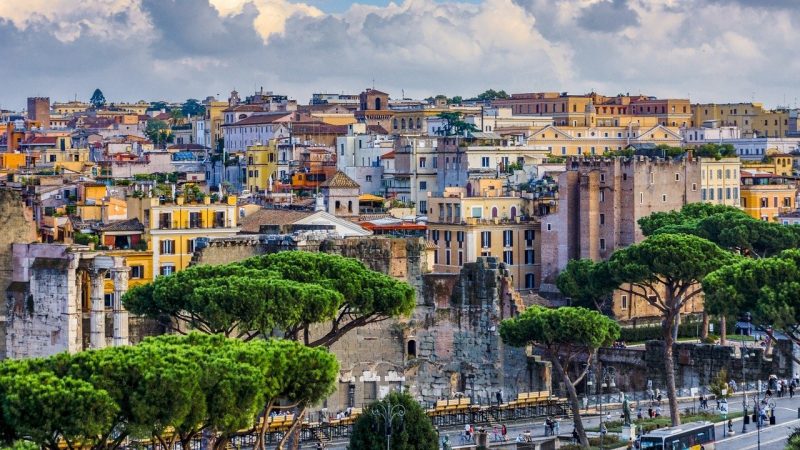 Two million families live in energy poverty in Italy and it is feared this could be worsened by the economic fallout of the pandemic, said Riccardo Fraccaro, the FIve Star government minister behind the bonus [Udo / Pixabay]

The European Union has promoted building renovation as a way for EU countries to kick-start their economies after the pandemic while taking action to fight climate change.

Building renovation programmes are now being promoted at the EU level as part of national plans that EU countries are submitting to the European Commission in order to tap into the bloc’s €750 billion recovery fund.

“What we need is an economic growth which is sustainable for our planet,” said Riccardo Fraccaro, the Italian lawmaker and minister who promoted the scheme under Giuseppe Conte’s first government.

Italy’s building renovation plan was launched in May 2020 as part of the country’s “Relaunch Decree”, a series of tax incentives to boost the economy after the COVID crisis. Under the scheme, homeowners can claim refund for 110% of the costs of building renovation works through fiscal deductions.

The tax relief is granted for energy measures such as building insulation, earthquake protection or the installation of photovoltaic solar panels. The measures are aimed at tackling energy poverty while also fighting climate change.

Many Italian buildings are over 40 years old, with 65% built before 1976 when a law introducing energy-saving criteria was brought in.

By the end of March 2021, over 10,000 constructions, worth €1 billion, were in progress or successfully completed thanks to the bonus, according to official data from ENEA, Italy’s public research body that looks into energy and environment.

The trend is rapidly increasing with residential building renovations up over 500% since the Superbonus was introduced, said Fraccarro.

In the building sector, the scheme is hailed as a welcome boost to economic activity.

“It is exactly what the country and the building sector, profoundly hit by the pandemic, need in the short term,” said Francesco Cavicchioli from Knauf Insulation.

“It’s a triple-win as we see it,” added Michael Zarin, vice president in charge of communications at Rockwool, a leading manufacturer of insulation material. “In short, the scheme makes a real difference in the energy performance of buildings, which is good for the climate, for the economy, and for the health and wellbeing of building occupants”.

However, construction professionals also caution about excessive bureaucracy in how the scheme is being implemented. While Cavicchioli wants the Superbonus extended to December 2023 at least, he believes a more stable system of incentives is required in the long run, in order to avoid a stop-and-go effect after the government lifts post-COVID recovery measures.

He also warned that excessive bureaucracy and the regulatory complexity of the scheme were leading to a lack of applications. While the pace of applications increased at the beginning of 2021, with new tax credits for €140 million, he said this was still too low.

“Assuming this pace is maintained until June 2022, the potential utilisation would be 19%, still very low,” said Cavicchioli.

According to a survey, more than three million Italians interested in the scheme have given up because of the amount of documents required. Six million said they did not fully understand how the facility works.

But according to Riccardo Fraccaro, bureaucracy is inevitable to ensure quality in the renovation works.

“The bureaucracy is there to ensure that interventions are done properly. Considering that private families pay nothing for the work I believe it makes sense to require respecting a few more rules,” Fraccaro told EURACTIV.

“We are currently facing an excess of demand since millions of households are considering for the first time in decades to renovates their houses. This is inevitably creating pressure on local offices for the releases of required authorisations,” he added.

Questions are also being raised about the cost of the Superbonus scheme, with critics warning it risks creating a huge burden on the country’s public finances, which are on track to hit a record 158.5% of GDP after the pandemic.

Even green NGOs admit this is not sustainable. “No state in the world can afford to pay everything for the renovation of something like 13 million buildings,” said Edoardo Zanchini from the Italian green NGO Legambiente.

While Zanchini welcomes the scheme’s attention to renovation, he also criticises it for being too lenient on energy saving requirements. The system, he says, needs to be adapted to ensure renovations reach at least Class A or B energy standards.

“The Superbonus gives money to the renovation of buildings without sufficient energy targets. It gives 110% for the renovation for the exchange of existing boilers with gas boilers, it’s totally crazy,” he told EURACTIV.

However, Fraccaro pushed back on these criticisms, saying that the bonus will pay for itself by boosting the sales of goods and services in the construction sector and increasing the government’s related tax revenues.

He also pointed to analysis by the Luiss University in Rome, saying that the bonus will generate around €30 billion in GDP over the next decade, with a fiscal multiplier above 3.5.

In the building sector, most people agree that the scheme has broken down key economic barriers to renovation and brought much-needed attention to the issue. However, they say the scheme now needs to be adapted to be sustainable in the long run.

“The government is doing great with the promotion of incentives for renovations. Now it should look at a longer-term perspective and firmly put the Energy Efficiency First principle at the centre of its political and economic agenda,” said Cavicchioli.