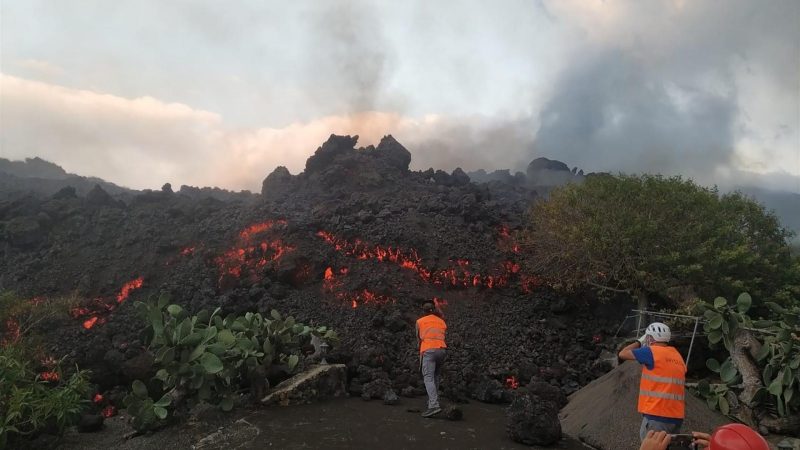 On Tuesday, the over 1,200 residents of Todoque were briefly allowed back into their homes to gather their belongings and essential documents as firefighters desperately attempted to channel the rapidly descending lava into a gorge to save the neighbourhood. [EFE/Involcán]

The area affected by the lava flow on the Spanish island of La Palma has increased by 50% since the volcano’s eruption three days ago. Experts predict it will continue for an average of 55 more days but could last up to 84, EURACTIV’s partner EFE reported.

This means the molten rock flowing in two streams from the fissures that opened on the Cumbre Vieja volcanic ridge in the south of the island could continue expelling lava until November or December.

Some 6,000 people have been evacuated from the affected areas so far, as residents anxiously watch as the lava flow devours homes, holiday villas and crops as it inches its way toward the Atlantic Ocean.

On Tuesday, the over 1,200 residents of Todoque were briefly allowed back into their homes to gather their belongings and essential documents as firefighters desperately attempted to channel the rapidly descending lava into a gorge to save the neighbourhood.

The eruption has caused a large amount of ash and smoke, emitting up to 11,500 tons of sulfur dioxide (SO2) per day, according to Involcan. 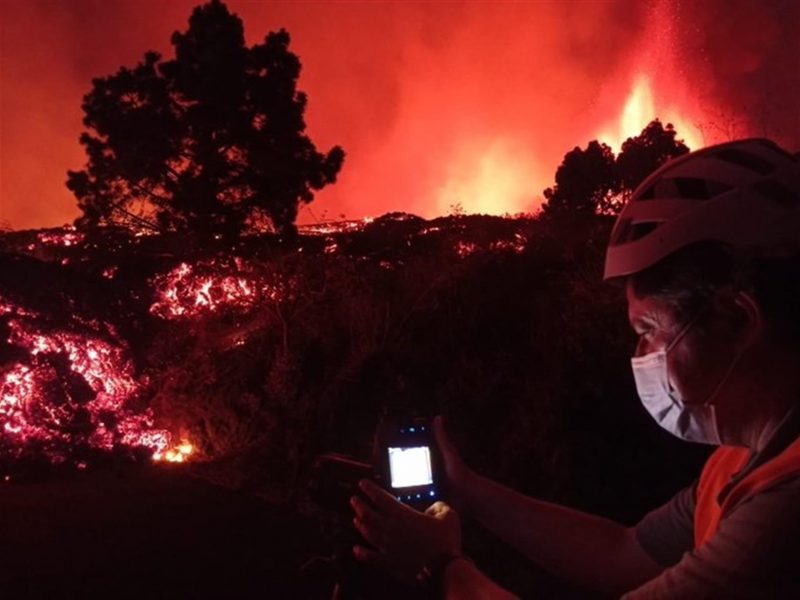 A volcanic eruption on the Spanish Canary Island of La Palma has led to “devastating” scenes as a six-metre-high lava flow devoured houses, infrastructure and farmland in its path to the ocean forcing the evacuation of some 5,000 people. There have been no human casualties, a regional official said Monday (20 September), EURACTIV’s partner EFE reports.

Sulfur dioxide is a toxic gas dangerous for ecosystems and health, leading to respiratory illnesses, including asthmatic reactions, among others.

While the stream veering to the southwest has slowed down to a snail’s pace, the second flow fed by a new fissure that opened late Monday has an average speed of 200 metres per hour and leads to the sea.

The new volcano was the first eruption on the Cumbre Vieja ridge in 50 years. Following weeks of seismic activity, including tens of thousands of tremors on the island indicating an imminent eruption, the magma breaches the surface on Sunday at 3:13 pm.

Scientists at the Canary Islands Volcanology Institute (Involcan) estimate that the eruption is spewing between 7,997 and 10,665 tons of sulphur dioxide (SO2) into the atmosphere each day.

The surface temperature of the lava can reach highs of 1,113 C (2,035 F), and scientists have warned of toxic steam when it comes into contact with the ocean.

Since record-keeping began after the conquest of the Canaries in the 15th century, La Palma Island has been the site of seven of the 16 volcanic eruptions the archipelago has experienced.

Like the rest of the Spanish islands off the northwest coast of Africa, La Palma is of volcanic origin, and its estimated age of two million years makes it one of the youngest islands in the archipelago.