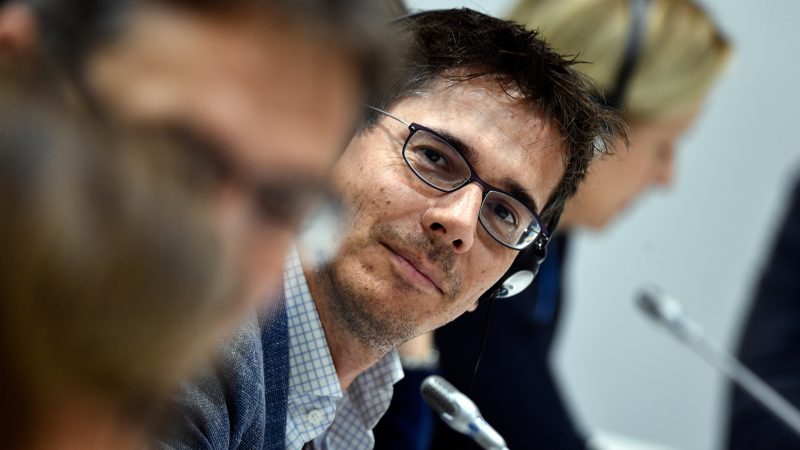 "I think the group against gas is growing,” said Bas Eickhout, a Green MEP who is the Parliament's co-rapporteur on the EU proposal to label gas and nuclear as transition fuels under the bloc's sustainable finance taxonomy. [© European Union 2019 - Source : EP]

A group of 102 lawmakers in the European Parliament have called on the European Commission to withdraw its proposal to include fossil gas in the EU’s green finance taxonomy, saying Russia’s invasion of Ukraine has rendered the proposal obsolete.

Last week, the European Commission outlined plans to cut the EU’s dependence on Russian gas by two thirds before the end of 2022 as part of proposals to become independent from all Russian fossil fuels “well before 2030”.

Those plans contradict Commission proposals to label gas as a green transition fuel under the EU’s sustainable finance taxonomy, the lawmakers say.

“We welcome your plan to make Europe independent from Russian fossil fuels,” the lawmakers write in a letter addressed to Commission President Ursula von de Leyen and commissioner McGuiness, in charge of financial services.

“This stands in stark contrast with the proposal to incentivise investments in fossil gas through the Taxonomy Regulation which was decided by your Commission before the Russian invasion of Ukraine,” they add, calling on the Commission to withdraw it.

The Commission tabled its proposal on 2 February, saying gas power plants could be considered green if they contribute to “a reduction in emissions of at least 55%” over their lifetime and are designed to switch to 100% renewable or low-carbon fuels by the end of 2035. 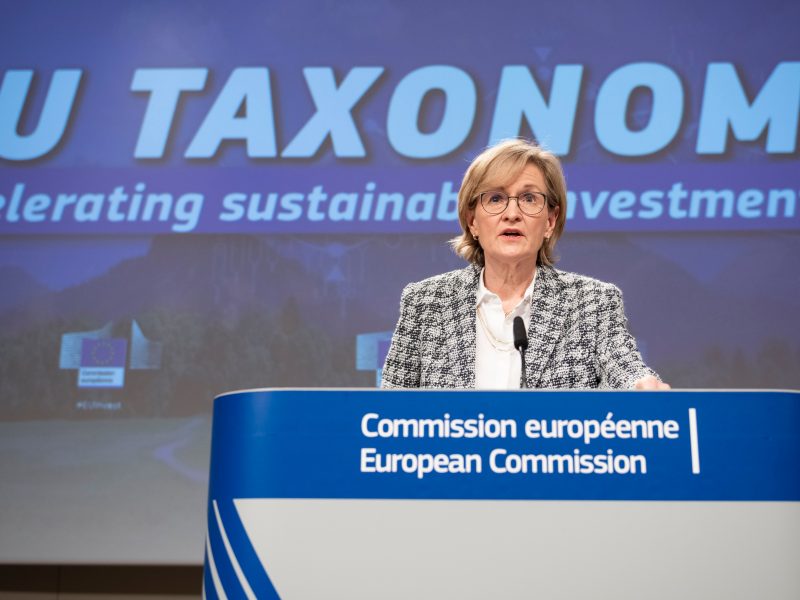 However, Russia’s invasion of Ukraine has changed the EU’s priorities, the lawmakers say.

“Our dependency on Russian gas funds Putin’s war and enables the attacks on the Ukrainian people,” the letter says.

“We should transition away from fossil gas and avoid the increase in its use through the construction of new gas plants,” they continue, adding that the Commission proposal “does the exact opposite”.

The letter is signed by 102 lawmakers coming from the European Parliament’s five main political groups: the centre-right European People’s Party (EPP), the Socialists and Democrats (S&D), the centrist Renew Europe, the Greens, and the Left.

The vast majority of them are from left-leaning parties, though, with only a handful of signatories coming from the ranks of the EPP and Renew – not enough to reject the Commission proposal.

In a Plenary vote, the European Parliament can reject the proposal by a simple majority – i.e. at least 353 MEPs. But according to one well-informed Parliamentary source, this does not fundamentally alter the situation in the EU assembly where left-leaning parties have long expressed their opposition to the inclusion of gas in the taxonomy.

“Real change would happen if the EPP change their position and object [to the taxonomy proposal],” the source told EURACTIV. “This could really change the dynamic”.

Others beg to differ, however, saying the Russian invasion of Ukraine has turned the logic around. “I think it’s more likely to be defeated, to be very honest,” said Bas Eickhout, a Green MEP who is rapporteur on the Commission proposal to include gas and nuclear in the taxonomy.

Whereas positions on nuclear are broadly unchanged in Parliament after the Russian invasion of Ukraine, he says things are different for gas.

“On gas, I think it becomes really ridiculous,” Eickhout told EURACTIV. “Ask yourself the question: we are so dependent on Russian gas, and we now call an investment in Russian gas green?”

“I think the group against gas is growing,” he said.

The Green Brief: Who wants to kill the EU taxonomy?

While Germany’s reaction to the EU’s green finance taxonomy proposal attracted much attention in Brussels, officials at the European Commission are likely more nervous about reactions in the European Parliament. If not, they should be.