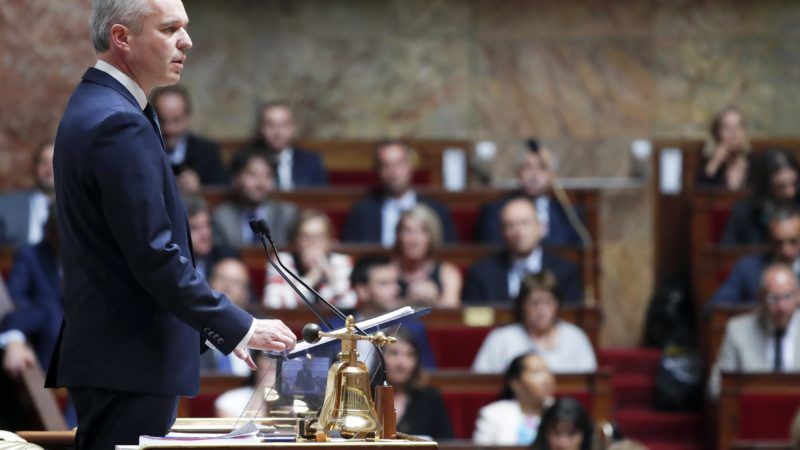 With the appointment of François de Rugy as minister of ecological transition, the French government has not moved an inch from its course despite a plunge in President Macron’s popularity and calls for changes from environmental experts. EURACTIV France reports.

At the end of an eventful week for the executive, the French government announced a small cabinet reshuffle on Tuesday (4 September).

The resignation of Nicolas Hulot on 28 August had surprised Prime Minister Édouard Philippe’s team at the start of the new political year. Hulot, a former journalist and TV presenter, denounced the weight of the lobbies before announcing his departure from the government on the radio.

Former MEP Daniel Cohn-Bendit was approached by the government but he declined and explained, live on television, why he would not be the new Hulot.

Laurence Tubiana, a former ambassador in charge of COP21 climate negotiations, declared for her part that the government had not contacted her. Pascal Canfin, a former development minister and MEP who now heads WWF France, said he had been in contact with the government but eventually wished good luck to Hulot’s successor.

It was finally François de Rugy, president of the Assemblée Nationale, the French Parliament, who has been chosen to take over the ministry of ecological transition, whose scope of activity will remain unchanged.

Lawyer by training, green deputy under former President François Hollande, then unsuccessful candidate at the Socialist Party primary for the presidential election of 2017, de Rugy quickly joined Emmanuel Macrons presidential campaign, despite his own commitment to support the winner of the Parti socialiste primaries, Benoit Hamon.

The betrayal earned him the reputation of a pragmatic rather than an environmentalist. He had left the French green party EELV in 2016 after major disagreements. He then wrote a book entitled “Ecology or leftism, time to choose! “.

At the head of the National Assembly for a year, he has been criticised by MEPs, disappointed by the government’s attempts to weaken the prerogatives of the parliament.

He also tried to bring a more European perspective to the French Parliament, particularly by narrowing the collaboration between MEPs and the French members of parliament, as well as exchanging with the Bundestag, the German Parliament.

“As Hulot and Canfin said, without a real change of course, this game of musical chairs will not change anything, unfortunately,” lamented Julien Bayou, a spokesman for Europe Ecology Greens.

The secretaries of state attached to the ministry of ecological transition have been unchanged, meaning that de Rugy will have little room to manoeuver.

Ever since Hulot left, LREM brushed aside all criticism about the lack of action in favour of the environment since the arrival of Emmanuel Macron. In reality, the reduction of nuclear power to 50% of the produced electricity has been abandoned, France has re-engaged in palm oil with the La Mède plant in the South, and biodiversity has taken a toll with the authorisation to hunt previously protected birds.

In the meantime, governmental bodies have acknowledged that France was failing to meet its 2020 energy saving targets and that CO2 emissions were on the rise, just like the use of pesticides. The fact that the former minister lost all his battles, often for the benefit of industrial or agricultural interests, seems hardly debatable.

“It’s not a matter of casting, but one of changing paradigm and raising ambition that the government needs to address,” Oxfam warned in a comment on the nomination.

“One can fear that the new minister will apply the policy of Emmanuel Macron without a qualm,” lamented Greenpeace France, who also challenged the new minister on the revision of France’s energy program and environmental aspects of the EU’s agricultural policy.

Allain Bougrain Dubourg, president of LPO, a bird conservation NGO, warned that his organisation, “will be particularly vigilant on the eve of the European elections in 2019 to denounce all electoral gifts granted to lobbies, including the agricultural and hunting organisations. The latest signals sent by the government on that topic are disturbing”.

On the nuclear issue, de Rugy said he was “disappointed” that the government had “obeyed EDF” by postponing the scheduled nuclear phase-out.

About a hundred personalities, researchers, economists and politicians have launched a petition to get French ecology policy moving. In particular, they proposed a major public investment programme for the ecological and energy transition.

They all call for the greening of finance, which would make it possible to direct any investment towards ecological transition rather than solely towards profitability, which inevitably leads to the development of fossil energies.

“The money we are currently allocating to imports of hydrocarbons, chemicals or other non-renewable raw materials must go to local jobs – notably by developing energy and material savings, renewable energies and sustainable agriculture. And this would be to the benefit of the territories,” they specified.

But their call may not be heard, given the government’s obsession with budgetary rigour.

The government has also replaced the Minister of Sports Laura Fressel, who resigned, with another sportswoman, Roxana Maracineau, a former swimmer and socialist regional councillor at the Paris City Hall.

The nomination of elected personalities within the government makes it possible to simplify procedures, in particular the verification of assets by the High Authority for the Transparency of Public Life.

The ruling party La République En Marche has postponed the start of its new political year by a week to let the dust settle after the reshuffle and give more space to the next hot topic: the European elections.

While Macron has fallen to the lowest level in polls, with only 31% of French people satisfied, the challenge for LREM and the government will be to try to win back the public in a relatively short period of time before the next poll.

The president’s entourage remains more credible than the traditional parties, where the matter of the EU revives divisions, but it still risks facing a no-confidence vote and disappointment.

Macron, who will meet Angela Merkel in Marseille at the end of the week, was also disappointed on the European front because he was unable to make progress on the question of the eurozone, but also on the functioning of the institutions. 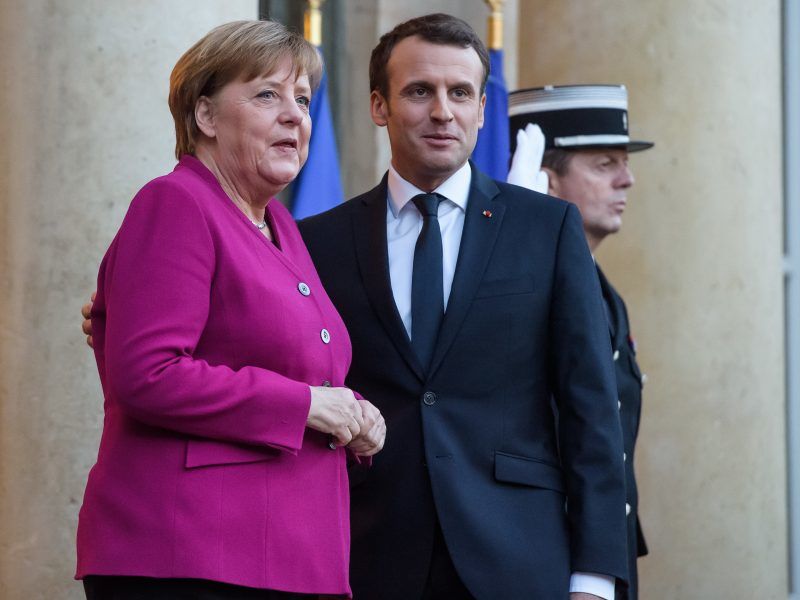