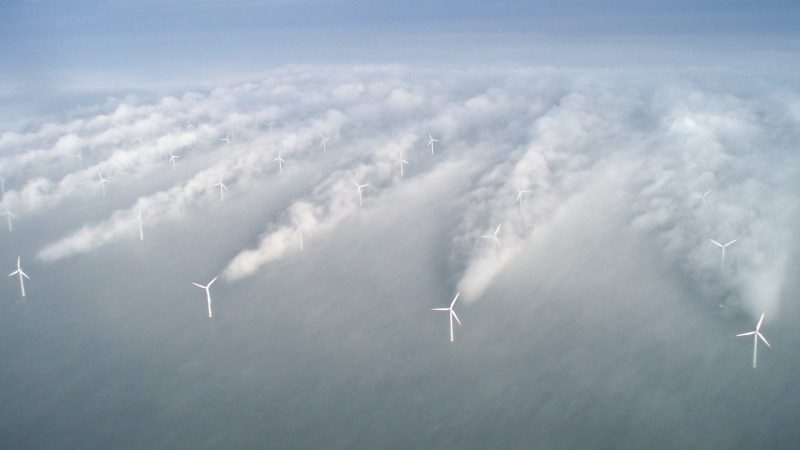 By 2030, up to €50-150 billion would be invested into solar and wind power capacity dedicated to clean hydrogen production, according to the draft Commission strategy. [Vattenfall / Flickr]

“Renewable hydrogen” produced from wind and solar power is “the most compatible option with the EU’s climate neutrality goal in the long term and is the priority focus” of the EU executive, states the latest draft of the strategy, seen by EURACTIV.

“The choice for renewable hydrogen builds on Europe’s industrial strength in electrolyser production,” the EU executive argues in the document – due for official publication on 8 July –  confirming the main thrust of an earlier draft which surfaced last week. 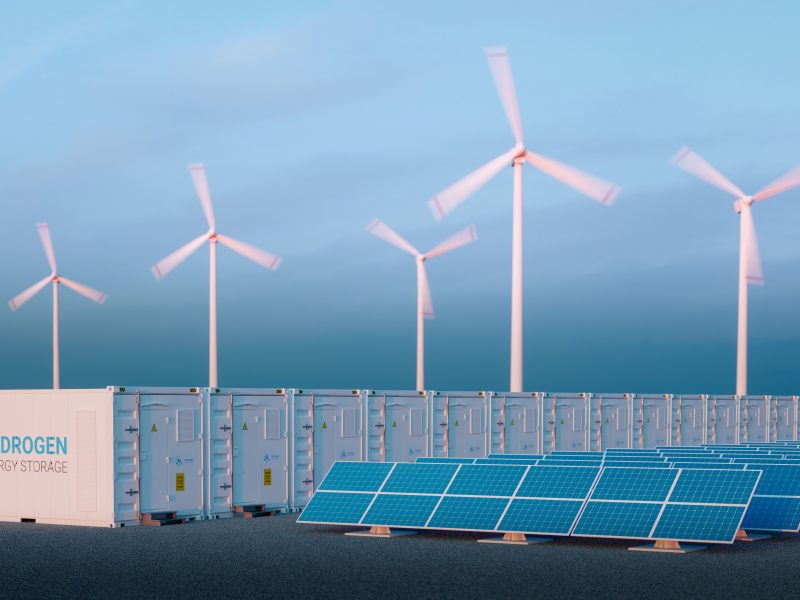 The EU’s main objective is to rapidly decrease the price of clean hydrogen by rolling out “dedicated gigawatt-scale green hydrogen factories”.

At least 4GW of electrolysers would be deployed across the EU by 2024 to reach that objective, with “at least 40 GW” installed by 2030.

Clean hydrogen can contribute to reducing emissions “ahead of 2030” and “pave the way for a climate-neutral economy in 2050 by replacing fossil fuels in hard-to-decarbonise sectors” of the economy, such as steelmaking and chemicals, the document argues.

By 2030, the Commission estimates that €13-15 billion could be invested in electrolysers across the EU, in addition to €50-150bn for a dedicated wind and solar capacity of 50-75GW. In total, the EU executive projects that up to €180bn could be invested in clean hydrogen production by 2050.

But the document also recognises other forms of low-carbon hydrogen produced from non-renewable energy sources – either through grid-connected electricity or via natural gas steam reforming.

In the latter case, hydrogen will be considered “low-carbon” only if the associated emissions are offset using carbon capture and storage (CCS) technology, the document says.

“In the short and medium term, however, low-carbon fossil based hydrogen will also play a role, primarily to rapidly reduce emissions from existing hydrogen production and support the parallel and future uptake of renewable hydrogen,” it adds.

For the European Greens, this is a no-go.

“The gas lobby has massive influence on the EU hydrogen strategy,” said German Greens MEP Michael Bloss. “While the Commission makes it clear that clean hydrogen must come from renewable energies, it still wants to invest in fossil hydrogen,” he told EURACTIV in emailed comments.

“It makes no sense. This means that money is being sunk into a fossil billion-euro grave,” Bloss warned.

EU climate chief Frans Timmermans makes no secret of the fact that he sees Europe’s existing gas network as a crucial asset in the transition to clean hydrogen.

By 2030, some €120-130bn would be required for hydrogen transport and storage as well as refuelling stations, the document says. Using existing gas networks could help bring down the final price tag.

“It is important that we look at existing natural gas and LNG infrastructure to see to what extent it is already usable for hydrogen or can be adapted to the use of hydrogen,” Timmermans told journalists at a recent press briefing.

“The more we can have dual use of infrastructure, the better it is – also to make the transition to green hydrogen affordable in the future,” he added, saying he was “really excited by those possibilities”.

The draft strategy elaborates on the potential of gas infrastructure, saying that “around 50% of existing fossil based hydrogen production could be retrofitted to produce low-carbon fossil-based hydrogen”.

By 2050, the Commission anticipates that €3-18bn could be invested in “low-carbon fossil-based hydrogen”. Meanwhile, retrofitting existing fossil plants with CCS is estimated to cost between €1-6bn by 2030, strategy adds.

But Bloss is concerned that the 50% retrofitting figure is extracted from a study by consulting firm Navigant for an industry consortium called “Gas for Climate”.

“It is very worrying that the Commission relies one-sided on studies of the gas industry for the question of infrastructure,” the MEP said, insisting that the EU executive “must use independent studies as a basis for its strategies.”

“The Commission is walking on very thin ice,” he warned.

The International Association of oil and gas Producers (IOGP), for its part, warned that the EU’s hydrogen strategy was “bound to fail” if it focused only on renewable hydrogen produced from electrolysis, which currently represents only a tiny fraction of the market.

“We can’t afford to throw all our weight on a single still marginal technology and hope for the best, while the fundamentals aren’t in place,” said François-Régis Mouton, Europe director at IOGP. “A strategy built for success needs to leverage all clean hydrogen production sources way beyond 2030,” he added, citing “nuclear, hydropower, methane pyrolysis and gas with CCS” as potential energy sources.

Elsewhere, the policy focus of the strategy will be to create a “liquid and well-functioning hydrogen market and on incentivising both supply and demand in lead markets” such as steelmaking, chemicals and heavy-duty transport.

Measures on the demand-side will include initiatives for hydrogen in heavy-duty transport, including aviation and shipping, as well as a future “EU strategy on clean steel” that will be fleshed out at a later stage.

One key measure to stimulate supply are so-called “carbon contracts for difference” to bridge the gap between the CO2 strike price and the actual price of CO2 on the EU’s Emissions Trading Scheme (ETS). Such a system could be applied, for example, to stimulate the production of low-carbon steel and chemicals, the Commission says.

Andreas Graf, from think tank Agora Energiewende, applauded the move. “It is encouraging that the Commission is thinking about how to create new incentives for low-carbon hydrogen production via the ETS, including by reducing free allocation for conventional fossil hydrogen production facilities,” Graf said.

“This will create a significantly larger incentive to apply CCS to conventional fossil hydrogen production” and make renewable hydrogen competitive with fossil hydrogen, “with or without CCS”, he said.

Graf also found it “encouraging” that the Commission reaffirms its intention to address methane leakage in its upcoming Strategy on Methane. “But the Commission provides little detail here, so it would be good to find out more already in the final hydrogen strategy,” he said.