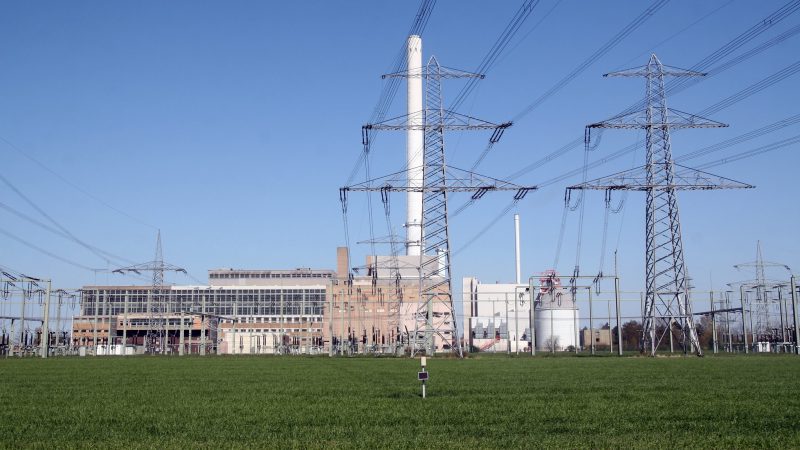 The non-paper lays out technical criteria for gas power plants to qualify as a "transitional activity" under the EU's green finance rules. [Statkraft / Flickr]

The so-called “non-paper”, obtained by EURACTIV, lays out detailed technical criteria for gas to qualify as a transitional activity under the EU’s sustainable finance rules.

To qualify as a “sustainable” investment, gas power plants or cogeneration facilities must not emit more than 100 grams of CO2 equivalent per kilowatt-hour, according to the draft paper.

It comes in the wake of declarations by European Commission President Ursula von der Leyen, who said the EU executive would soon table proposals on gas and nuclear as part of the bloc’s green finance rulebook.

“We need more renewables. They are cheaper, carbon-free and homegrown,” von der Leyen wrote on Twitter after an EU summit meeting two weeks ago where leaders debated the bloc’s response to rising energy prices.

Gas as a ‘transitional activity’

The 100gCO2 emissions criteria is the same as earlier proposals circulated last year, which were rejected as too stringent by a group of 10 pro-gas EU countries who threatened to veto the proposal.

To assuage critics concerns, the paper lays out additional criteria for gas plants to qualify as a “transitional activity”, accompanied by a sunset clause (until 31 December 2030) for the commissioning of new plants.

For gas power plants, these are the criteria to qualify as a “transitional activity”:

For cogeneration plants, these are the criteria to qualify as a “transitional activity”:

Campaigners denounced those criteria as “radically weaker” than previous plans drafted by the European Commission.

“This proposal is a scientific disgrace that would deal a fatal blow to the taxonomy,” said Henry Eviston, spokesman on sustainable finance at WWF European Policy Office.

“It would severely damage the EU’s sustainable finance agenda and the EU Green Deal. It must be firmly rejected by the Commission and opposed by all member states,” he added in a statement.

Campaigners were unsure about the origin of the non-paper. But diplomats who spoke to EURACTIV at an EU summit two weeks ago said France has been working behind the scenes to forge a compromise on the taxonomy that would satisfy supporters of gas and nuclear power.

At the initiative of Paris, representatives from like-minded EU countries held a meeting on 18 October to debate nuclear and natural gas in the context of the taxonomy, the EU diplomat said. The meeting was attended by Bulgaria, Cyprus, Czechia, Finland, France, Greece, Hungary, Malta, Poland, Romania, Slovakia, and Slovenia.

According to the same diplomatic source, participants discussed compromise proposals for technical criteria to assess the sustainability of gas and nuclear power plants.

On nuclear, the “non-paper” builds on the EU’s Joint Research Centre (JRC) recommendations, which concluded in a July report that nuclear power was safe and therefore eligible for a green label under the taxonomy.

The paper does not propose detailed sustainability criteria at this stage and merely divides nuclear power production activities into four categories:

The “non-paper” comes in the wake of a meeting of EU energy ministers last week where twelve EU countries spoke in favour of nuclear’s inclusion in the taxonomy.

Prominent critics of gas and nuclear’s inclusion in the taxonomy include Elise Attal is Head of EU Policy at the Principles for Responsible Investment (PRI), a United Nations-supported international network of investors.

“Proponents of the inclusion of gas-fired electricity and nuclear energy in the EU Sustainable Taxonomy will argue that these economic activities have a role to play in the energy transition,” she wrote in a recent op-ed published on EURACTIV.

“This argument is beside the point: the EU Sustainable Taxonomy’s design is aimed at defining which economic activities are green – not which economic sectors are needed for the transition to a net-zero by 2050 economy.”