Bags, bottles, cans, packaging, ropes, fishing nets, clothing... 60% of the waste that forms a so-called 'carpet' in the Mediterranean's sea bed contains plastic, according to Ifremer's analysis that spans from 1994 to 2017. [Photo: Shutterstock/Rich Carey]

In Mediterranean countries, the density of waste has more than doubled in thirty years.

Gérigny is also the lead author of Ifremer’s 20-year study on waste pollution in the Mediterranean Sea published in the Marine Pollution Bulletin.

This trend can be explained by the increase in plastics production but also by the more systematic detection of marine waste under the EU Marine Strategy Framework Directive.

In comparison, the North Sea has a waste density of about 50 waste products per square kilometre, which is almost six times less than in the Mediterranean.

However, this increase in pollution should not come as a surprise.

A previous study, published by the natural sciences journal Nature Communications, analysed the “distribution and temporal trends of plastics in the world’s oceans” between 1957 and 2016.

The study had already highlighted the acceleration of macro-plastics’ accumulation in the oceans in the 1990s.

Bags, bottles, cans, packaging, ropes, fishing nets, clothing… 60% of the waste that forms a so-called ‘carpet’ in the Mediterranean’s sea bed contains plastic, according to Ifremer’s study which covers the period 1994-2017. And the sources are multiple: commercial or recreational boating, fishing, aquaculture, landfills, industrial or urban areas.

Besides, all canyons are also affected, with higher concentrations near the coast than in offshore areas. A high accumulation of waste was also observed off Marseille and northeast Corsica. 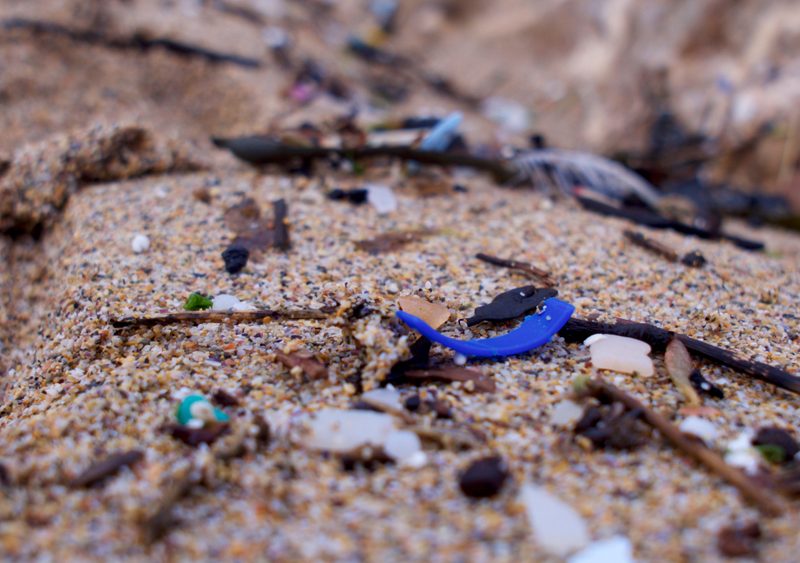 600,000 tonnes of plastic are being dumped by 22 countries in the Mediterranean Sea every year, of which 11,200 tonnes come from France. EURACTIV’s partner La Tribune reports.

Every year, 8 million tonnes of plastics are dumped into the oceans, including 200,000 tonnes in the Mediterranean Sea.

This phenomenon has a significant impact on marine wildlife.

Globally, at least 800 marine and coastal species are affected, 17% of which are threatened or critically endangered, according to the International Union for Conservation of Nature.

These species are exposed to capture, plastic ingestions, contamination by pollutants and contact with exotic species carried by plastic particles.

Fishing equipment is the most dangerous with 65% of animals in the Mediterranean being entangled in fishing lines.

One response to “Mediterannean is Europe’s most waste-polluted sea, study says”