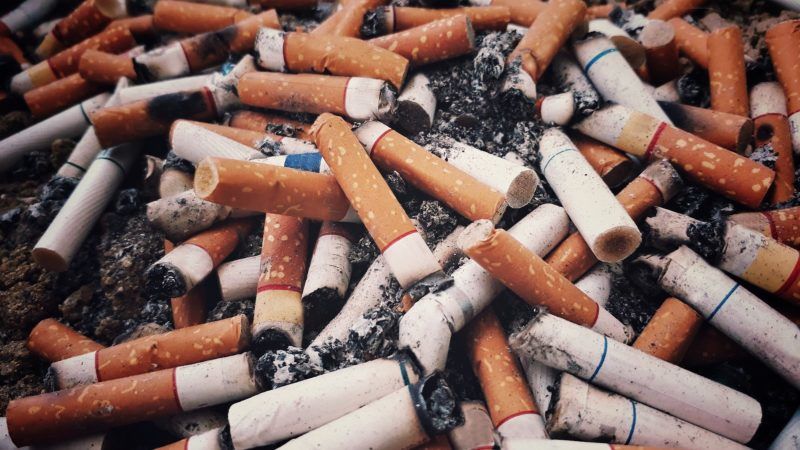 EU lawmakers voted in favour of reducing the amount of plastic in cigarette butts. [Shutterstock]

Under the proposal, overwhelmingly backed by EU lawmakers, some single-use plastic products with readily available alternatives would be banned by 2021. EU states would be obliged to recycle 90% of plastic bottles by 2025, while producers must help cover costs of waste management.

MEPs added polystyrene fast-food containers and products made of oxo-degradable plastics, which critics say do not fully break down, to the list proposed by the European Commission earlier this year.

Waste campaigners generally welcomed the result of the vote but were disappointed that the full sitting of the Parliament did not follow the lead of its environment committee, by adding very light-weight plastic bags to the list.

Fishing gear, an unlikely but significant source of plastic marine litter, will also be subject to harmonised standards and minimum collection and recycling targets.

Environment Commissioner Karmenu Vella said “we are one step closer to eliminating the most problematic single use plastic products in Europe”.

“The Commission has promised to be big on big things – and plastic pollution and marine litter are among the biggest challenges of our times. That is why we invested in a legislative proposal to reduce single use plastic items and abandoned fishing gear,” he added.

The Parliament also included cigarette filters in their amended text, meaning producers would have to reduce the amount of plastic in them by 50% by 2025 and 80% by 2030. The Commission had only suggested awareness raising measures to combat the problem.

Lead rapporteur Frédérique Ries (ALDE group) said it was “a victory for our oceans, for the environment and for future generations”.

Nearly one half of litter found on EU beaches is single-use plastic, while a further 27% is plastic fishing gear.

The EU’s final rules still need to be approved in talks with member states, which are due to kick-off once national capitals have agreed their own negotiating position later this month. The Commission hopes the final rules will come into force in 2021.