The EU budget devoted to the fight against global warming should reach 40%, with the next multiannual financial framework (2021-2027) paving the way towards a low-carbon economy and high-quality jobs, EESC said. [Walmart / Flickr]

Renewables are becoming the energy source of choice for corporate electricity users, according to a new report by The Climate Group published in Davos on Tuesday (23 January), which shows a growing number of multinationals lining up to meet 100% of their power needs from green power.

Marks & Spencer, Sky PLC and Elopak Inc, were among the European companies that hit a target of sourcing 100% of their electricity from renewables in 2016, according to the report, presented at the World Economic Forum in Davos.

In France, the bank Crédit Agricole was celebrated for hitting its 100% target while Commerzbank continued to source all of its power from renewables in Germany, according to the report, ‘Approaching the tipping point: how corporate users are redefining global electricity markets’.

The report, led by The Climate Group, tracks progress made in 2016-17 by companies committed to 100% renewable power. It was produced in partnership with the Carbon Disclosure Project (CDP) as part of the RE100 campaign, which commits its members to 100% renewable power through corporate purchasing power agreements (PPAs).

On a global level, the biggest achievers in 2016 included Bank of America, Astra Zeneca and Coca Cola Enterprises Inc., whose share of renewable electricity increased more than threefold, RE100 said in a statement.

But growth across the world is uneven, with data showing a “strong uptake” for corporate power purchase agreements (PPAs) in the US compared to other regions.

“This is increasingly the case in Europe, but the rate of progress is far slower, with considerable regional variation by country because of the diverse range of legislative frameworks,” said Sam Kimmins, Head of RE100.

Countries such as the UK, Netherlands and Ireland are seeing rapid growth in corporate PPAs, while renewables-friendly territories such Scandinavia are also doing well. But policy barriers in other European countries are hampering investment, Kimmins said. In fact, 63% of the electricity purchased through PPAs in Europe was in the UK alone.

On a global level, policy barriers represent the most common challenge for RE100 companies, rather than financial barriers, alongside a lack of availability of suitable contracts or certificates in some markets.

Corporate PPAs are championed by trade associations SolarPower Europe and WindEurope, which describe them as a potential “game changer for clean energy”. Together, they have partnered with RE100 and other business groups to launch a dedicated European association, the RE-Source Platform.

But corporate PPAs also have their detractors because they rely on a certification system – so-called Guarantees of Origin (GO) – which critics say is flawed and can lead to double counting. 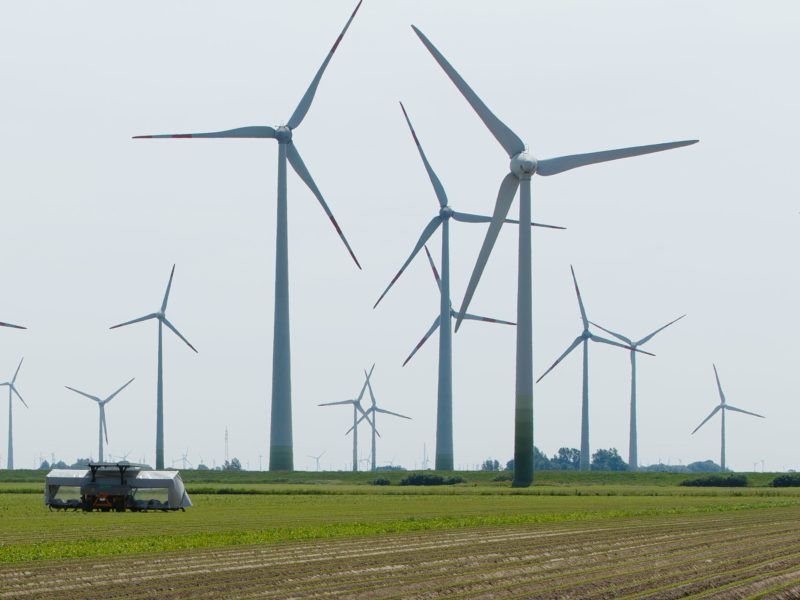 In Europe, the system is currently being reformed as part of the revision of the EU’s renewable energy directive, which was recently voted on in the European Parliament. Final talks with EU member states are now expected to open soon.

“The Parliament has made important steps towards unlocking the potential of corporate renewable sourcing in Europe,” said Aurélie Beauvais, Policy Director of SolarPower Europe, citing a headline objective for Europe to source 35% of its energy from renewables.

“This sends a strong signal to companies all over Europe to invest in corporate renewables Power Purchase Agreements (PPAs),” Beauvais told EURACTIV, welcoming a requirement for national authorities to report regularly on progress made towards removing barriers to PPAs.

Beauvais said the Parliament has also made improvements to the reform of Guarantees of Origin (GOs), removing reference to central auctioning of GOs and suggesting instead that companies entering a PPA deal should be entitled to receive the GOs associated with the purchased electricity.

“This is a significant change, and should increase the appetite of corporates to source renewable energy,” Beauvais told EURACTIV.

The reform of the Guarantees of Origin (GOs) system is now entering the home straight, as talks on the revision of the renewable energy directive are expected to conclude in the coming months.

“We urge members of the European Council to ensure there is a supportive policy framework across the whole of the union to enable this investment potential while ensuring the goals of the Paris Agreement are met,” RE100 said in a statement.