The completion of the gas pipeline linking Russia and Germany across the Baltic Sea, which should enable the transport of 55 billion cubic metres of Russian gas to Europe per year, was planned for 2021, despite the many obstacles and controversies of recent years. [Stefan Dinse/Stutterstock]

With the adoption of its National Defense Authorisation Act on 20 December, America dealt another blow to the Russian-backed Nord Stream 2 pipeline, just one month before Donald Trump leaves the White House.

A few lines in the 1,824-page document is sowing confusion as the text speaks of a “clarification and expansion of sanctions concerning the construction of Nord Stream 2”.

Concretely, the law reinforces the unilateral US sanctions put in place since 2019 with the Protecting Europe’s Energy Security Act and the National Defense Authorization Act of 2020.

From now on, these sanctions will not only target companies that sell, lend or supply vessels in charge of laying the Nord Stream 2 pipes, but also all those which “facilitate” the provision of these vessels.

The list of vessels the US considers undesirable has also been expanded to include all those participating, directly or indirectly, in pipe-laying “activities”.

A new twist against Europe

The latest twist in the Nord Stream 2 saga came just as work on the gas pipeline had restarted after a one-year hiatus following US sanctions in 2019, which according to media reports, affected some 120 companies in 12 European countries.

The completion of the gas pipeline linking Russia and Germany under the Baltic Sea, was planned for 2021, despite the many obstacles and controversies of recent years.

Questioned by EURACTIV about the project’s future, a Nord Stream 2 spokesperson said he was unable to comment on the US law but noted that “companies supporting the project remain committed to its completion”.

However, the project seems more in doubt than ever.

“The American strategy is effective,” says Marc-Antoine Eyl-Mazzega, director of the Energy & Climate Centre of the French Institute of International Relations (IFRI). “The probability of Nord Stream 2 going live is even lower than before,” he told EURACTIV France.

This is mainly due to the US sanctions hindering the ability of European companies responsible for certifying the conformity of the pipes to carry out their work. Without certification, it will be difficult to obtain the assurances needed to bring the pipeline into service. For instance, a Norwegian company has just given up its activities following the American announcements, Eyl-Mazzega said. 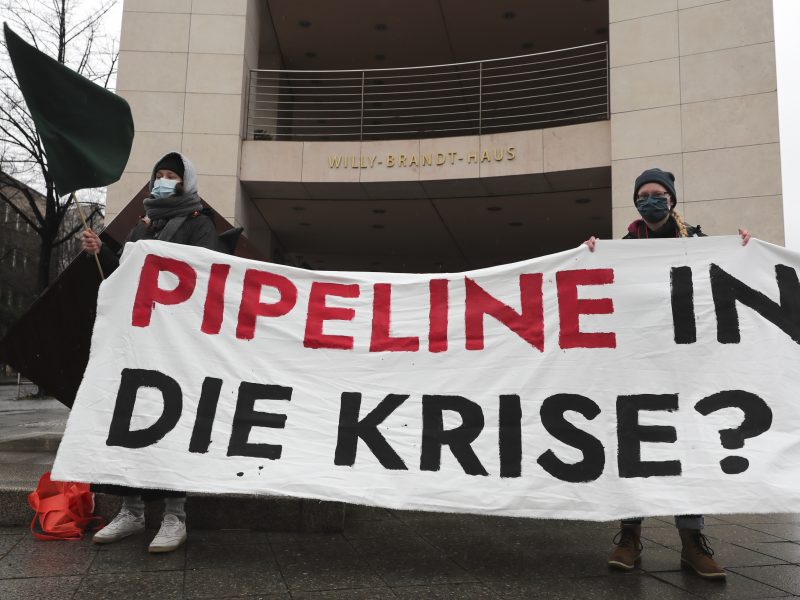 Europe stuck between the US and Russia

On the German side, the gas pipeline project has so far been firmly defended, despite the controversies.

Last summer, German Chancellor Angela Merkel opposed the idea of including Nord Stream 2 among the Russian companies targeted by EU sanctions adopted in the wake of the Navalny affair.

And Germany reacted strongly against the adoption of the US defence bill, with Foreign Minister Heiko saying on 28 December that European sovereignty would not consist in bending to Washington’s will.

However, this is exactly what is happening. According to Eyl-Mazzega, “the Americans are trampling on European sovereignty,” and the EU is failing to react.

“Protesting against American sanctions would mean indirectly defending Russian state company Gazprom, which is linked to the Kremlin. But no one wants to get into the game of criticising the Americans to comfort the Russians,” he explained.

The EU’s passiveness in the dispute may be encouraged by Joe Biden’s upcoming inauguration as US President, which is expected to improve transatlantic relations.

Back in July, EU High Representative Josep Borrell condemned the unilateral US sanctions, saying they went “against European companies and interests” and represented a breach of international law.

However, according to Eyl-Mazzega, the issue is not a question of international law but sovereignty. “We are in a power struggle” that Europe is trying to overcome in vain – precisely because of its lack of  willingness to engage in such types of power struggles, he said. 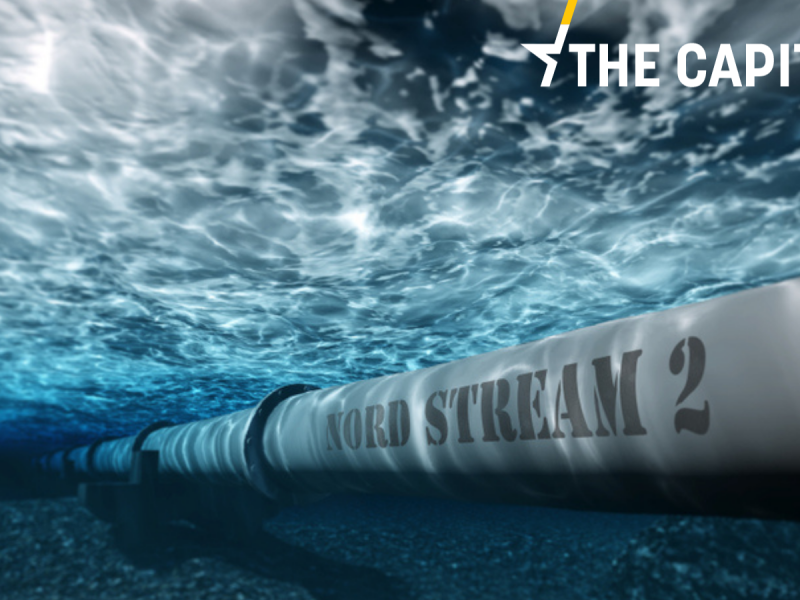 In today’s edition of the Capitals, find out more about Austria and the Czech Republic announcing they have reached the second wave, Greece announcing major defence and economy policy initiatives, and so much more.

Meanwhile, the standoff over Nord Stream 2 suits the interests of other European players like Poland which is sceptical about Moscow and remains fiercely opposed to the project.

“There is nothing left of the special relationship between Russia and Germany,” explained Marc-Antoine Eyl-Mazzega, adding that the pipeline will certainly “not be a priority in Angela Merkel’s first interactions with the new American administration.”

In other words, the Nord Stream 2 dossier “will most likely remain blocked”, especially since the pipeline is not urgent from an energy security point of view, the French researcher said. Russian gas continues to pass through Ukraine, Poland and the Turkstream pipeline, guaranteeing stables supplies to the European gas market, he pointed out.

The real problem with the US sanctions is “the extraterritorial measures that Europe is facing,” Eyl-Mazzega said. Europe is currently “unable to respond” to those kinds of threats but should get its act together quickly because “tomorrow it may affect other sectors,” he warned.