By Elisabeth Ulven and Tone Sutterud | The Guardian

Experts say the area is regarded as risky both environmentally and in terms of profitability. [Francoise Gaujour / Flickr]

Norway is planning to expand oil drilling in previously untouched areas of the Arctic, a move campaigners say threatens the fragile ecosystem and could spark a military standoff with Russia. EURACTIV’s media partner, The Guardian, reports.

A public consultation on the opening up of nine new Norwegian oilfields closed on Wednesday. The areas in question are much further north in the Arctic than the concessions the US president, Donald Trump, announced for Alaska earlier this month.

Experts say the area is regarded as risky both environmentally and in terms of profitability. They also say the decision risks antagonising other nations who are party to the 100-year-old Svalbard treaty, which regulates activity in the area concerned.

Ilan Kelman, a professor of risk, resilience and global health at UCL and Agder University in Norway, says there is no such thing as safe oil excavation in Arctic conditions. “Irrespective of changes in the environment, the Arctic is a very harsh place. A lot can go wrong, and when something goes wrong … it can cause extensive damage for a long time,” he said.

Helge Ryggvik, an oil historian at the University of Oslo, says Norway’s move is a result of the oil industry struggling, a crisis which has worsened during the coronavirus pandemic. “When prime minister Erna Solberg’s government announced the lease auction would go ahead, it was the culmination of a decades-long process that has seen Norway slowly edging ever further north,” he said.

Norway set the expected southern limit of ocean ice, also know as the “ice edge” south of Svalbard in June. Oil exploration north of the edge is not permitted.

“In the recent ice-edge compromise, which redrew the zone, Norway is approaching the absolute limit of where oil exploration would be accepted by other nations,” said Ryggvik. 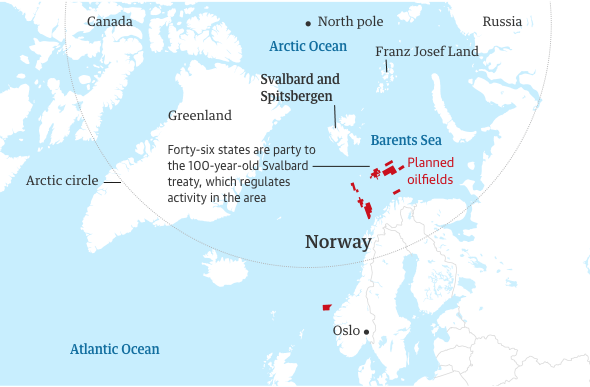 WWF, Greenpeace and Nature & Youth sent the Norwegian government an open letter on Monday, pointing out that in all 24 previous concession rounds between 2002 and 2019, the government had granted licenses in areas where the state agency responsible for the regulation of petroleum resources advised against exploration.

“Given that we don’t yet have the technology to clean up spills in an Arctic environment, it really doesn’t make any sense to continue with offshore extraction there,” said Kelman.

Erlend Jordal, a political adviser in Norway’s ministry of oil and energy, said: “A broad parliamentary majority opened most of the Barents Sea to petroleum exploration more than 30 years ago. The exception is the south-east Barents Sea, which was opened by broad parliamentary consensus in 2013 following an agreement with Russia on the maritime lines drawn in that sea. In Norway we have a long experience with sound and secure petroleum activity in the Barents Sea.

“We have the strictest health and safety regulations in the world and a proactive policy for coexistence with the fisheries and other parties who use the sea.”

According to the Svalbard treaty, which has 46 signature states, Norway holds sovereignty over the island with some stipulations. It regulates the militarisation of the archipelago and allows all signatories to engage in commercial activities there, although only Russia and Norway have done so thus far. As the sovereign state, however, Norway is responsible for the environment and so could veto any oil extraction.

“If Norway wanted to, they could take a stance here,” said Kelman. “We know that fossil fuels are a finite source, so we need to get ourselves off that. Norway and other countries now have the opportunity to reduce their use and extraction of fossil fuel. By looking to the future, Norway could exercise their sovereign right and make it better for the people.”

Norway’s move also risks increasing tensions with Russia, for whom the area has huge strategic importance. “In the past few years, Russia has modernised its northern nuclear submarine fleet and expanded their military presence on the nearby Franz Josef Land archipelago,” says Ryggvik. “Formally Russia supports the treaty, but Norway’s move into previously untouched territory could be perceived as aggressive.”

Kelman said: “Irrespective of what Russia is doing in the south, a lot of the analyses we are looking at and incorporating show that Russia does not want provocation in Svalbard or elsewhere in the Arctic. It is to Russia’s advantage to cooperate and keep people on side.

“So when Norway suddenly comes in and says ‘we’re going to exercise our rights and go for this exploration’, the open question is: is it really for the fossil fuel or is it to provoke Russia, or a combination of both?”

The deadline to apply for concessions is early 2021, with the aim of their being granted soon afterwards. 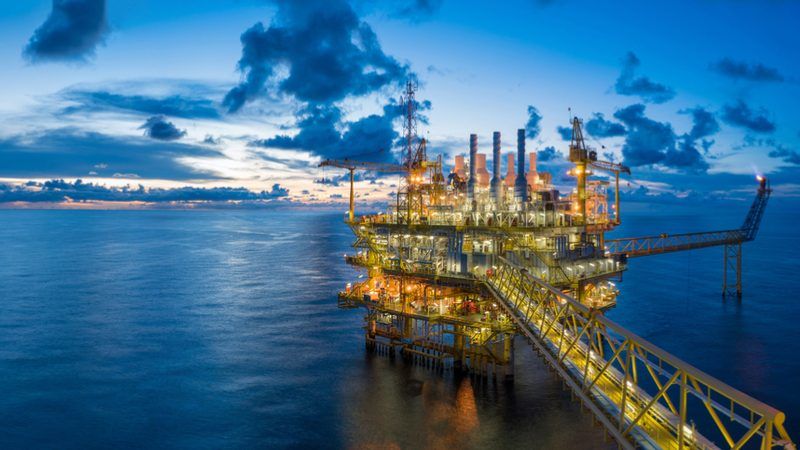 Oil companies operating in European waters are racing to comply with a 19 July deadline to implement new EU safety rules on offshore drilling adopted in the aftermath of the disastrous BP oil slick in the Gulf of Mexico.