By Matthew Taylor | The Guardian

Plastic bottles and rubbish at the beach at Rovar, the island outside Haugesund, Norway. [Lillian Tveit / Shutterstock]

Tens of thousands of brightly coloured plastic drinks bottles tumble from the back of a truck on to a conveyor belt before disappearing slowly inside a warehouse on the outskirts of Oslo.

As a workman picks up a few Coke bottles that have escaped, Kjell Olav Maldum looks on. “It is a system that works,” he says as another truck rumbles past. “It could be used in the UK, I think lots of countries could learn from it.”

Maldum is the chief executive of Infinitum, the organisation which runs Norway’s deposit return scheme for plastic bottles and cans. Its success is unarguable – 97% of all plastic drinks bottles in Norway are recycled, 92% to such a high standard that they are turned back into drinks bottles.

Maldum says some of the material has been recycled more than 50 times already. Less than 1% of plastic bottles end up in the environment. 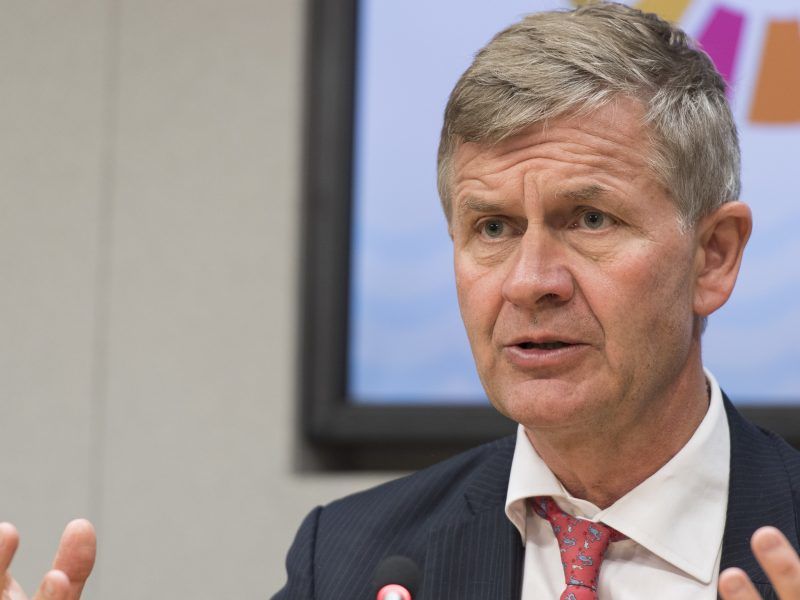 Earlier this year, as public awareness of the plastic pollution crisis grew, the environment secretary, Michael Gove, announced that England would be introducing its own deposit return scheme. As with many of the announcements to emanate from the environment department under Gove, the headline was big but the details small.

However, a clue as to what may come next emerged late last year when environment minister Thérèse Coffey visited Maldum at the Infinitum warehouse in Oslo. “She was well-briefed and engaged and asked the right questions,” said Maldum. “She understood what we are doing here.”

The scale of the plastic pollution crisis is well documented. Even the world’s most remote oceans and seabeds are contaminated with unknown consequences for wildlife and human health.

And plastic bottles are a major source of that pollution. Last year a Guardian investigation revealed that 1m plastic bottles are made around the globe every minute – with 13bn used in the UK each year. And that figure is only likely to increase after it emerged that fossil fuel companies are investing billions of pounds in new plastic production facilities in the US.

As concern has grown, Maldum has had a steady stream of high-level visitors to his industrial estate – from countries as far afield as India to ; China to Rwanda; Belgium to Wales – to find out what Norway is doing.

The Norwegian system is simple. The government places an environmental tax on all producers of plastic bottles. The more they recycle, the more that tax is reduced. If they collectively recycle more than 95% – which they have done every year since 2011 – they do not have to pay the tax.

For the customer the deal is equally straightforward. A deposit of 10p to 25p depending on size is paid on each bottle. People can then return it to a machine or over the counter where they bought it. A barcode is read and they are handed a coupon or cash.

Maldum says the underlying principle is clear, if drinks firms and retailers can get bottles to the shops and sell them, they are more than capable of collecting them back again and recycling them.

“It is a system that puts the emphasis on the producer to pay for and devise a system that works. We think we have come up with the most efficient and environmentally friendly system anywhere in the world.”

And he says it also encourages a fundamental change of thinking from consumers.

“We want to get to the point where people realise they are buying the product but just borrowing the packaging.”

Producers of plastic bottles which want to be part of the scheme [more than 99% in Norway according to Maldum] have to use approved labels, bottle tops and glue to improve and streamline the recycling process.

All stores which sell bottles are also obliged to collect them. Many bigger stores have installed machines that scan, crush and pack the bottles ready for collection. Smaller ones often collect bottles and cans manually over the counter. Every store gets a small fee per bottle or can, and more importantly retailers say it increases footfall.

At a small supermarket a few miles from the Infinitum plant a new deposit return scheme has been installed that can take bags full of bottles and cans at the same time.

On a quiet Monday afternoon there is a steady stream of customers coming to return bottles before doing their shopping.

Ivan Einbo, a 35-year-old carpenter is with his wife and young daughter, and has a crateload of bottles to return. He is surprised to learn the UK does not have a similar system. “It could not be easier.”

Behind him in the queue Eivind and Turgut have been collecting bottles at work and have three bulging bin liners full.

“We are collecting them to pay for a sort of end-of-year Christmas party for everyone at work,” says Eivind as the machine starts to tot up the deposits automatically.

Looking on is the store manager Ole Petter. “It is fantastic for us. It is a service that attracts people to come here and that means we get more customers and more sales.”

But even with the success of Norway’s scheme there are still challenges. Recycled material only provides 10% of the plastic used in bottles in the country, the rest – because oil is cheap – comes from newly manufactured “virgin” material.

Maldum says the system produces enough high-grade material to meet 80% of demand – much of which is currently exported. That is why he and his colleagues are pushing the government to introduce a “materials tax” alongside the existing environment tax. Working on the same principle, it would be reduced as manufacturers increased the amount of recycled plastic they use.

“It is a positive incentive and something manufacturers support. We just need to persuade ministers,” he said.

In England, ministers’ plans are still at an early stage. Scotland, which is also introducing a deposit return scheme is slightly further ahead. But there are no agreed figures for the number of plastic bottles successfully recycled in the UK. Some analysts believe it could be as low as 20%, although others suggest the figure could be nearer 45%.

The consultation announced by Gove is due to open before the end of the year. Campaigners are hoping for the details of the scheme to be published early in 2019.

There has been some suggestion from the drinks industry that the English scheme should focus only on smaller bottles and cans that are used “on the go”, rather than including all plastic drinks bottles.

Samantha Harding, from the Campaign to Protect Rural England says that would be a serious error.

“Only those with a vested interest in the outcome would suggest that England’s deposit system should be designed to exclude a large amount of the plastic, glass and aluminium it’s supposed to collect,” she said. “Yet again, industry is trying to keep the financial burden of dealing with their packaging on us as taxpayers.”

Back inside the Infinitum warehouse, Maldum, an engineer by background, is on a gangway looking down on the Willy Wonka-esq tower of conveyor belts, sorting and crushing machines that he and a colleague designed.

The warehouse runs 24 hours a day, five days a week transforming Norway’s discarded bottles into bales of clean, colour-coded plastic that is ready for recycling.

What would his advice be for the UK as it designs its own deposit return scheme?

“Include all plastic bottles and aluminium cans to start – it won’t work well if you don’t. Get that right and once it is up and running maybe look at glass or Tetra Pak.”

He pauses for a moment before adding with a smile. “And please do it quickly because all the plastic bottles washing up on Norwegian beaches are not coming from us – they are coming from you and the rest of Europe!” 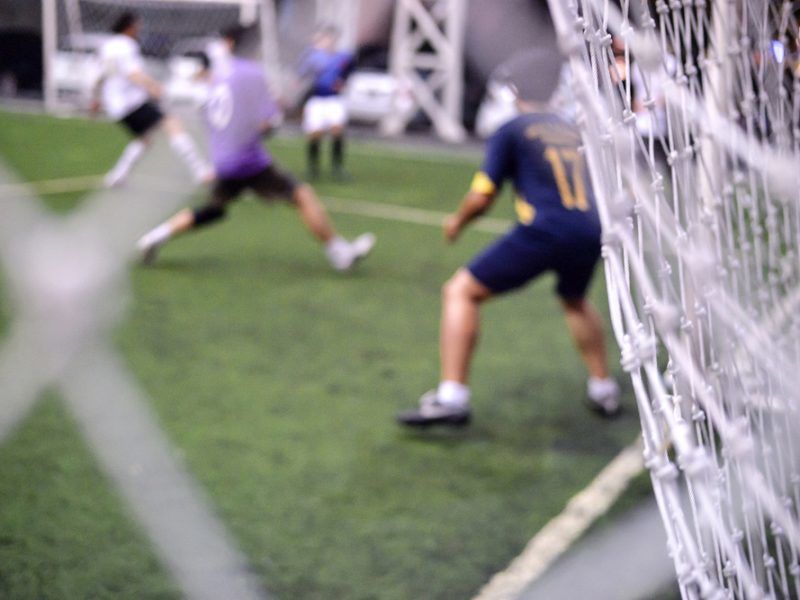